‘Archives of the Planet’: The Lost World of Albert Kahn 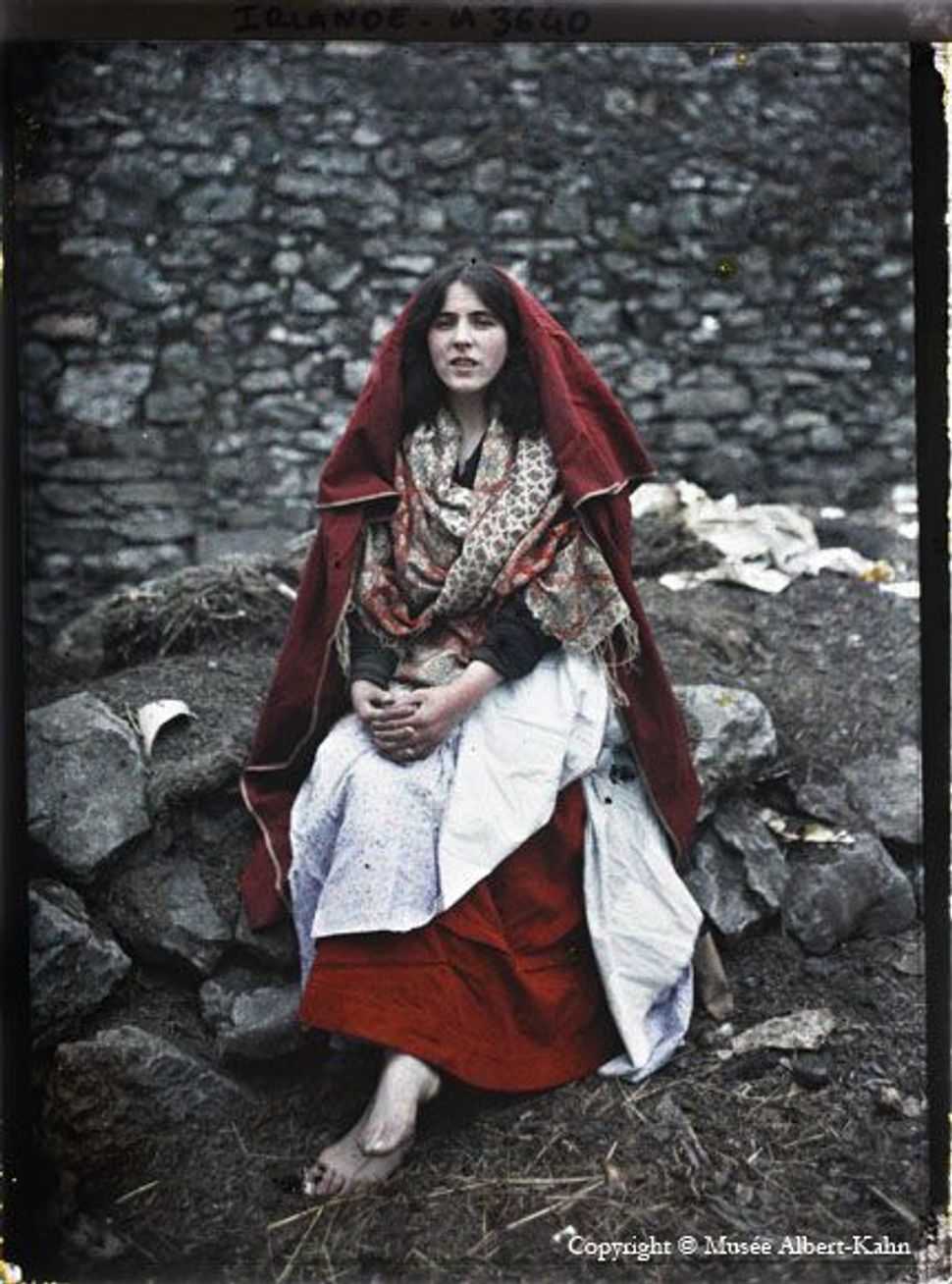 Between 1909 and 1931, the French Jewish banker and philanthropist Albert (born Abraham) Kahn dispatched a small army of photographers to the far corners of the globe, with the goal of documenting as many cultures and civilizations as possible. By the time the project came to a halt after the Wall Street crash of 1929, which cost Kahn his fortune, he had amassed 72,000 color photographs as well as 183,000 meters of film. A BBC documentary “The Wonderful World of Albert Kahn,” showing this week on the specialty arts network Ovation, tells the story of Kahn’s “Archives of the Planet,” one of the most ambitious photographic projects ever undertaken.

Born in 1860 to a Jewish family in Marmoutier, Bas-Rin, France, Kahn became a bank clerk at the age of 19 while studying under the philosopher Henri Bergson. Though he eventually gave up his scholarly career to became an associate of the powerful Goudchaux bank, Kahn’s house and garden in Boulogne-Billancourt became a meeting place for artists and intellectuals such as Anatole France, Rudyard Kipling, Colette, Albert Einstein, Andre Gide and Auguste Rodin.

It was after seeing pictures taken on a business trip to Japan by his chauffeur and photographer Alfred Dutertre that Kahn got the idea of creating a comprehensive photographic record of the world. In their quest to document the most far-flung people and places, Kahn’s photographers traveled to over fifty countries, capturing cultures that were on the verge of being transformed by the historical cataclysms of the twentieth century. They recorded the final days of both the Austro-Hungarian and and Ottoman empires, as well as traditional Celtic villages that were on the brink of extinction. Along the way they reached such distant destinations as Vietnam, Brazil, Mongolia, Norway, Benin and the United States.

At that time, color photography was in its infancy, and the photographs taken by Kahn’s photographers on autochrome plates are among the earliest in the world. Kahn’s project also coincided with the First World War, and the pictures taken for him documented the impact of the war on soldiers and civilians alike. By the time Kahn died in 1940 during the Nazi occupation of France, the world had taken an ominous turn away from the internationalist optimism he had once promoted, but his “Archives of the World” remains an invaluable record of communities on the brink of irrevocable change.

Watch the beginning of “The Wonderful World of Albert Kahn” below:

‘Archives of the Planet’: The Lost World of Albert Kahn