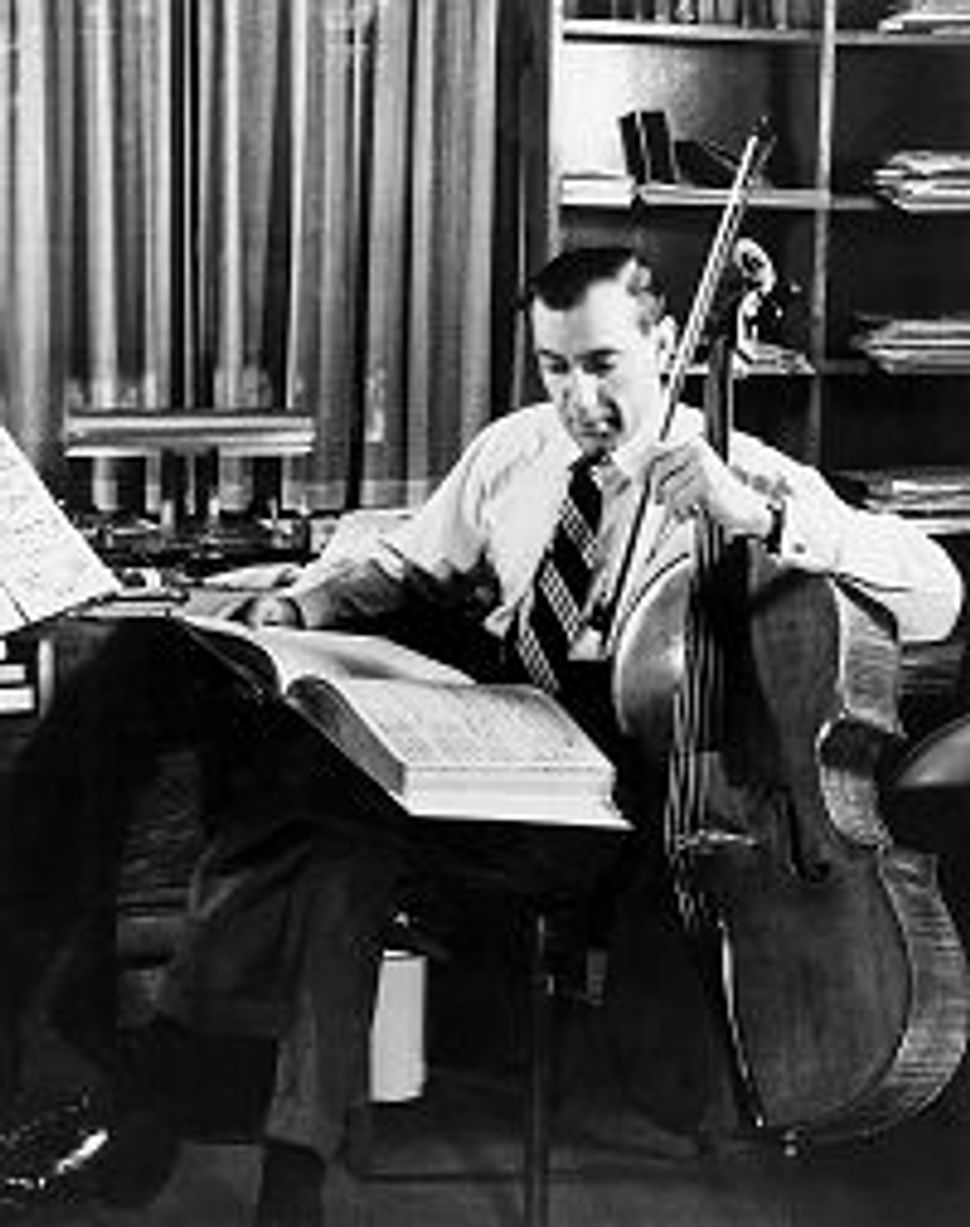 The widows of great musicians do not always succeed in establishing identities independent from their late husbands, but Jacqueline Piatigorsky (née de Rothschild) is a definite exception. Now 98, Jacqueline Piatigorsky is a gifted sculptor, creating, among other artworks, a moving portrait of her husband, cellist Gregor Piatigorsky, who died in 1976.

A new biography from McFarland Publishers, “Gregor Piatigorsky: The Life and Career of the Virtuoso Cellist,” also focuses on Mrs. Piatigorsky, a gifted chess player who sponsored tournaments in later life. The book, by Piatigorsky student Terry King, is welcome because the cellist’s own semi-fictional memoirs and novelized version of his life, (“Grisha”), as well as Jacqueline Piatigorsky’s 1988 memoir “Jump in the Waves,” do not fully capture the magic of Piatigorsky’s artistry.

Born into a Ukrainian Jewish family, Piatigorsky found life in post-Revolutionary Russia impossibly brutal, and moved to Berlin, where things were hardly better for an émigré Jewish musician. (One colleague, the Polish Jewish conductor Zdzisław Birnbaum, was driven to commit suicide by throwing himself into a lake outside Berlin in 1921.) By the early 1920s, King notes, “smoldering antisemitism” marred German life. Yet Piatigorsky retained his sense of humor, calling the undemonstrative Hungarian Jewish fiddler Joseph Szigeti the “only violinist who can perform in a phone booth,” and referring to his instrument as “Miss Cellogorsky.”

This spirited wit and skill as a raconteur made Piatigorsky into an eloquent, graceful interpreter of chamber music, and orchestral works like Strauss’s “Don Quixote.” He had a particularly soulful empathy with music by fellow Jews like Russia’s Anton Rubinstein, and Jewish composers from Castelnuovo-Tedesco to Eric Zeisl wrote works expressly for him.

King’s new book discusses a still-unpublished novel by Piatigorsky, “Mr. Blok,” highly rated by friends such as Aldous Huxley and Robert Penn Warren, which is something of a Russian Jewish version of Nabokov’s “Pnin.” Perhaps Mrs. Piatigorsky might be persuaded to allow this novel to appear; it should provide even more insight into this humane, delightful musician.

Watch Piatigorsky introducing, and then playing, a Mendelssohn trio along with his colleagues Jascha Heifetz and Arthur Rubinstein.