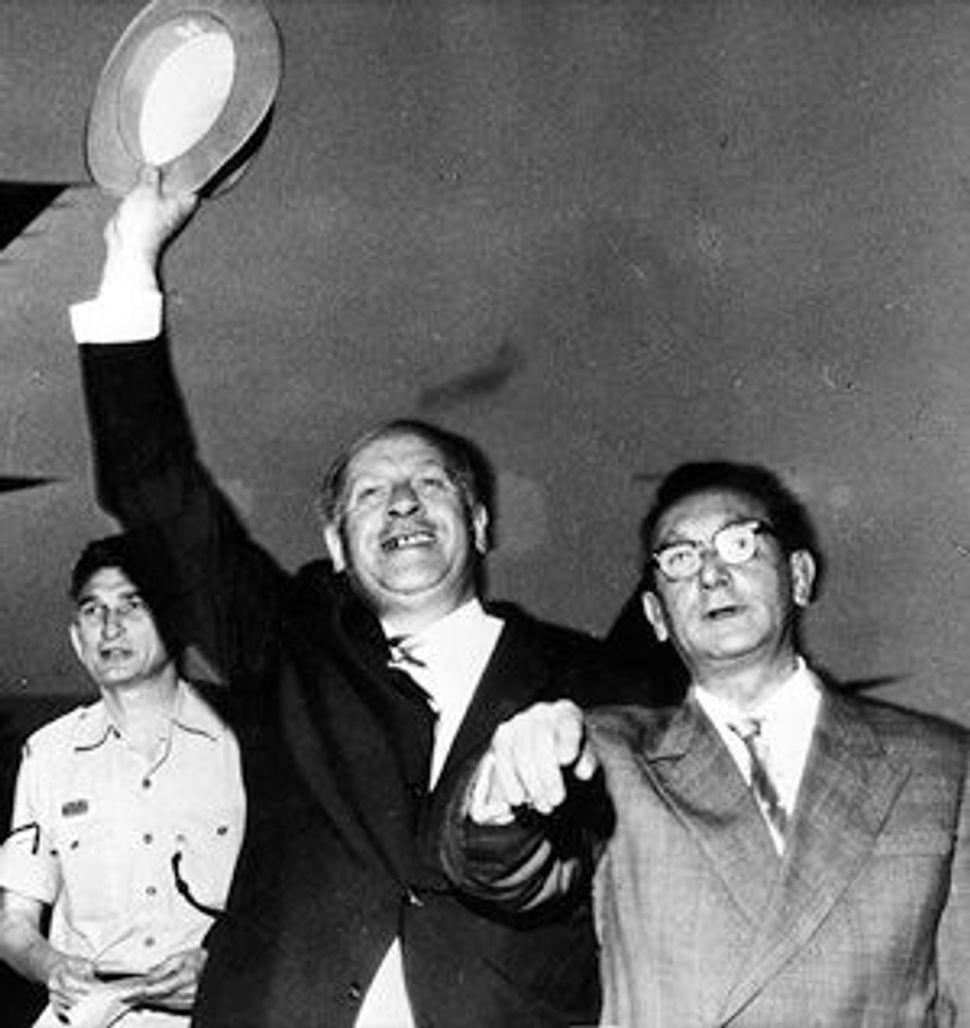 Marta Rosenberg says she is the rightful heir to anything that once belonged to Oskar Schindler, including the copy of one of Schindler’s lists that is now on sale for $2.2 million by New York historic memorabilia dealer Gary Zimet. Of the seven copies of the list that once existed, this is one of the four that survive, as the Forward reported last month.

As Shalom Life reports, Zimet put the list on the market around two months ago on behalf of a anonymous seller who claims to have bought the document from Schindler’s accountant. Then last week, Rosenberg filed a lawsuit in a Manhattan court asking for a stop the sale.

Rosenberg, who lives in Buenos Aires, claims that Schindler’s widow, Emilie, who died in 2001, made her the heiress of all Schindler property. She was Emilie’s biographer, and says that she believes the list should be protected as a historical document and not a “trinket for somebody’s bookcase,” as her lawyer, John Gleason, told Shalom Life.

At this point Zimet says he not going to cede to Rosenberg’s demands. “The list is indisputably authentic, and she has no right to it,” he told Shalom Life.