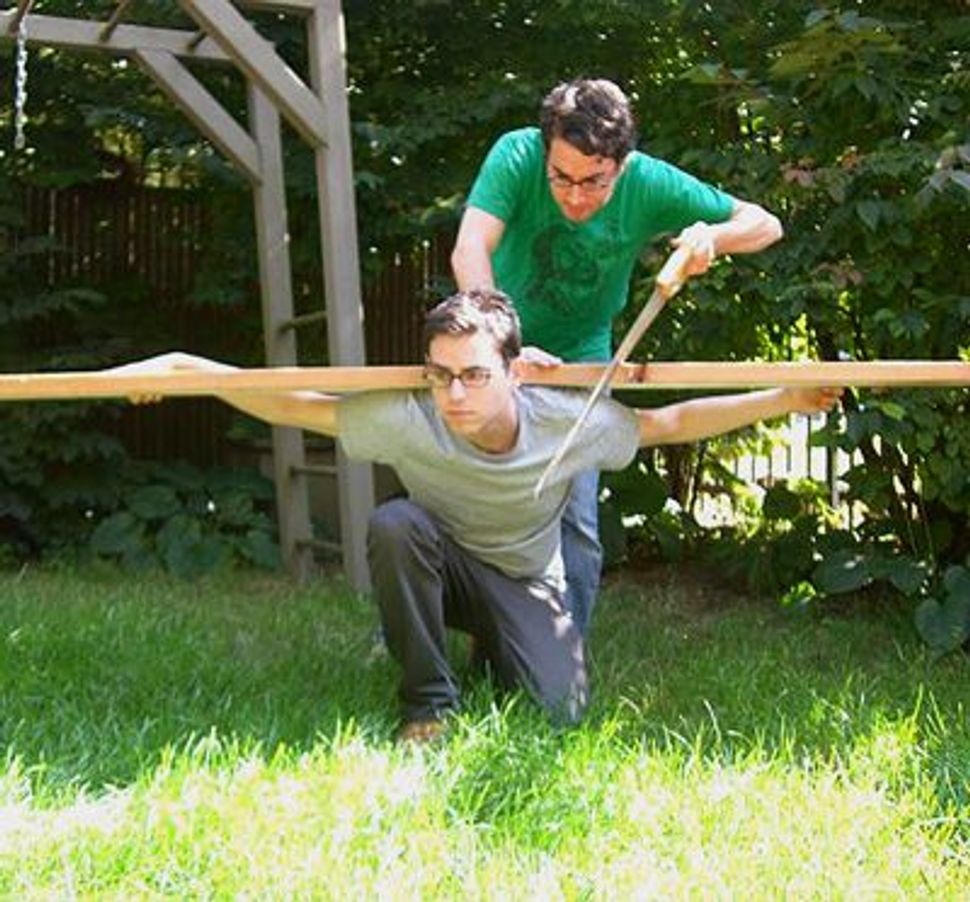 With Shavuot less than a week away, dairy foods and all-night study sessions are more on our minds than building a sukkah, a task almost half a year away. But for innovative architects hoping to reshape the temporary dwelling in a new form, the time to start working on their designs is now.

From September 19 – 21, New York’s Union Square Park will be home to Sukkah City, an architectural competition seeking to reinvent the traditional structures. According to the project’s website, “’Sukkah City: New York City’ will re-imagine this ancient phenomenon, develop new methods of material practice and parametric design, and propose radical possibilities for traditional design constraints in a contemporary urban site. Twelve finalists will be selected by a panel of celebrated architects, designers, and critics to be constructed in a visionary village.” Registration for the contest is due July 1.

Sukkah City is the brainchild of journalist Joshua Foer, who was interviewed by the Forward about his sukkah building proclivities last Sukkot, along with his brother, novelist Jonathan Safran Foer. “We’re supposed to be the People of the Book, but we’re actually the people of the carpenter’s square. From Noah to Jesus to Norm Abram, it’s a very proud tradition, you know,” Foer said.

Or, as he told The Architect’s Newspaper, a sukkah is “completely ephemeral and completely timeless and there aren’t many things that are both. It’s beautiful while being tough, and it has a certain primal weirdness to it that just makes it so compelling.”

What also makes this contest compelling is that all entries are required to abide by the halachic requirements for a kosher sukkah. These are enumerated in detail on Sukkah City’s website, including a few of the more arcane provisions. A whale or an elephant may be used as a wall, for example, and a sukkah may be constructed on top of a wagon, ship, or camel.

After the contest is over, the entries will be moved to Flushing Meadows for Make Magazine’s Maker Faire festival, except for the winner, which will remain in Union Square until the end of the holiday. The entire project will be documented in a book, “Sukkah City: Radically Temporary Architecture for the Next Three Thousand Years,” along with a collection of critical essays.

Now we’ll just have to see if any Chabad sukkah mobiles make an appearance.