What Did You Do in The War, Zayde? Robert S. Cone of the Filthy Thirteen 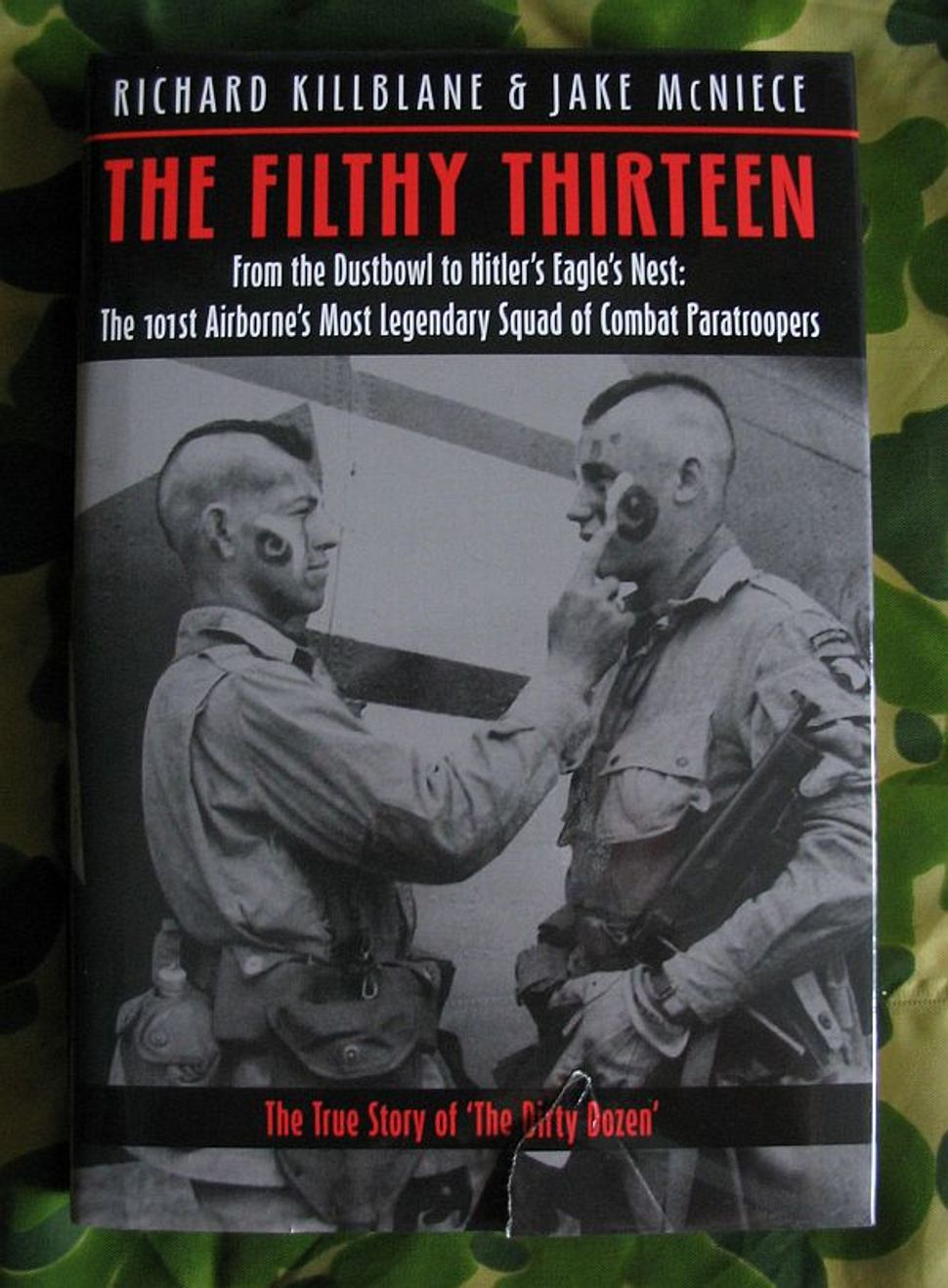 Reports that Jack Agnew, a member of the so-called Filthy Thirteen, a US Army combat unit during World War II that inspired Hollywood’s “Dirty Dozen,” has died at age 88, should remind us that the sole Jewish member of that group is still enjoying a well-earned, peaceful retirement in Delray Beach, Florida.

Robert S. Cone, born in 1921, was written about in 2003 in the historical title “Filthy Thirteen: From the Dustbowl to Hitler’s Eagle’s Nest — The True Story of the 101st Airborne’s Most Legendary Squad of Combat Paratroopers” by Richard Killblane and Jake McNiece. As a direct result of this publication, at a 2006 ceremony at his home, Cone was belatedly awarded thirteen (a coincidental number?) long-overdue military medals for service on D-Day, including the Bronze Star, Purple Heart, POW medal and Presidential Unit Citation.

A modest man, Cone was a postal worker and plumber after the war, rarely speaking to his wife and three children about his past heroics. Other members of the Filthy Thirteen have explained that “The Dirty Dozen” film was only “30 percent true” and unlike the movie’s murderous soldiers, the real life Filthy Thirteen were merely disobedient drunks. Cone’s Judaism was fortunately not discovered during the eleven months which he spent in three POW camps in Germany, before he was liberated by the Russian Army near the Polish border.

Watch Robert Cone explain in a 2008 conference how he joined the paratroopers:

What Did You Do in The War, Zayde? Robert S. Cone of the Filthy Thirteen