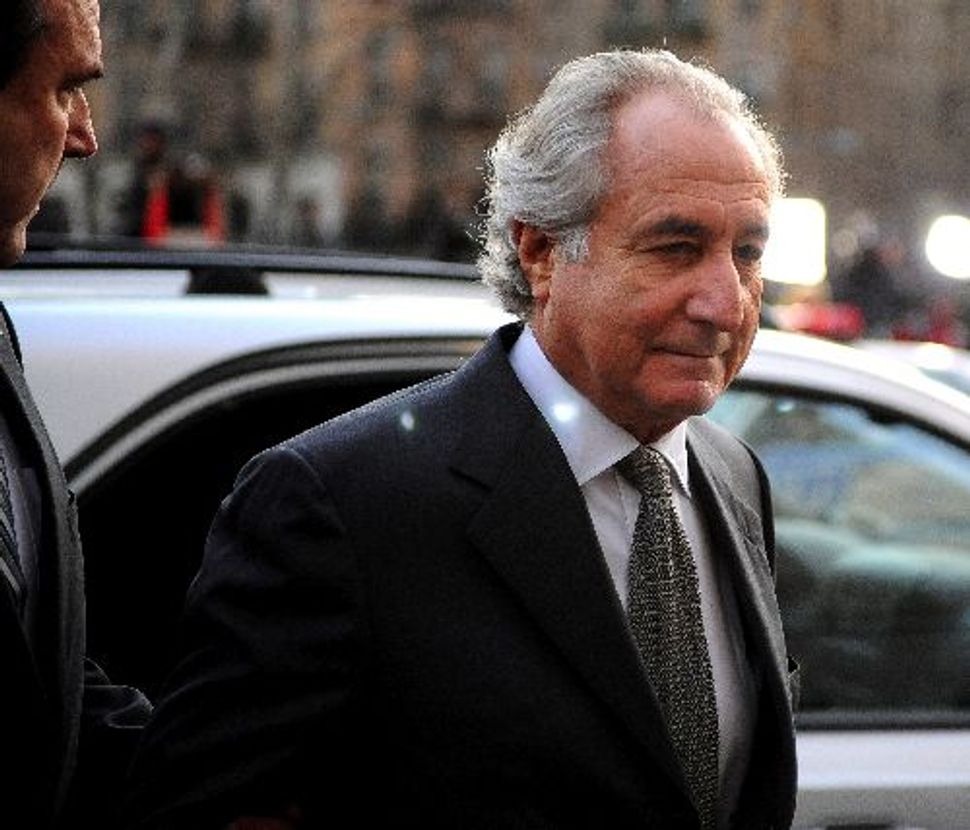 Much flak was given last week to Theater J in Washington, D.C., when the company, at the behest of Elie Wiesel, canceled a play about the Bernard Madoff scandal. Wiesel was apparently upset about being depicted in a fictional jailhouse scene. But now, the play is back on — this time at a different locale and with a character of a different name.

The play, “Imagining Madoff,” written by Deborah Margolin, will have its premiere at the Stageworks Hudson theater, a few hours north of Manhattan.

According to Laura Margolis, the artistic director at Stageworks Hudson, Margolin decided to pull her play from Theater J when it made the offer, without her permission, to have her rewrite the character and resubmit it to Wiesel.

“Deb [Margolin] always would have agreed to change the [character’s] name,” Margolis said. But, “she was not willing to rewrite the entire play and submit it back to the Elie Wiesel Foundation for their approval. That is not appropriate. That s when she pulled the play.” Stageworks will produce the play, Margolis told the Forward, but the character that was to be named Elie Wiesel will now be called Solomon Galkin.

The fictional scene at the center of the controversy depicted Madoff in his prison cell imagining a discussion with Wiesel, a Holocaust survivor who lost millions to the Ponzi schemer. But the meeting never actually took place. Wiesel saw the scene as “defamatory,” according to a Washington Post article, and threatened to have his lawyer stop the production.