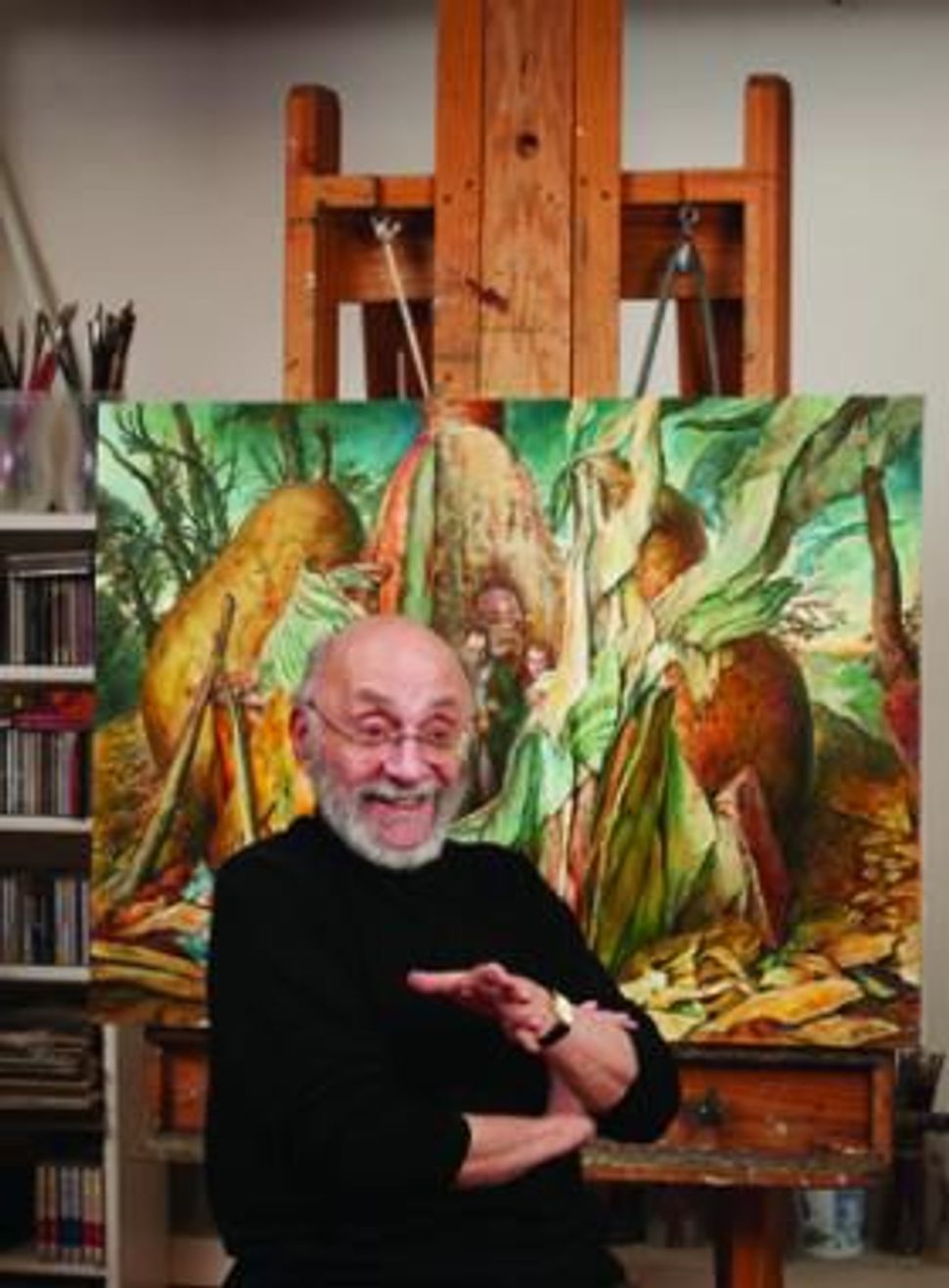 But not all Holocaust art is a lie, she wrote. On Ozick’s list of truthful artists are such writers as Paul Celan, Elie Wiesel and Primo Levi, as well as a lesser-known painter, Samuel Bak, whom Ozick praises for his “astounding visionary surrealism.”

A survivor of the Vilna Ghetto and a Nazi labor camp, Bak has been painting colorful, hallucinatory paintings since the 1960s, when he broke with the prevailing, non-figurative art trends of the day. While much of his work has addressed the Holocaust in a symbolic way, many of his most recent paintings, which depict the famous ‘Warsaw Ghetto Boy,’ come closer to a more literal approach.

I first saw Bak’s work a few years ago at an exhibit at Yad Vashem and was, indeed, astounded. Now, a new article on Bak by artist Elizabeth Pols in Pakn Treger, the English-language magazine of the Yiddish Book Center, presents a welcome overview of Bak’s life and work, as well as valuable insights into his paintings.

In addition to talking with Bak about his art, Pols also asked him about his relationship with the Yiddish poet Avrom Sutzkever, who passed away in January. During the Holocaust Sutzkever took the nine-year-old Bak under his wing, encouraging the young painter’s budding creativity even under inhumanly harsh circumstances. After the war, when both Bak and Sutzkever were living in Tel Aviv, their friendship continued. “The painter Samuel Bak is baked into my heart. – Iz mir der moler Shmuel Bak azoy ayngebakn in hartsn,” Sutzkever later wrote.

“That Sutzkever, 96 should have died only days before Pakn Treger met with Bak in his Massachusetts studio made for a bittersweet segue into our conversation,” Pols relates. “The painter remembered that Sutzkever ‘once gave me as a gift…a manuscript of all the poems that he wrote under the German occupation in the Ghetto…He had such a beautiful handwriting.’”

Though now 77, Bak continues to paint at a rapid pace, telling Pols that he has “three or four” series of paintings on the go in his studio. No doubt he will continue to astound.