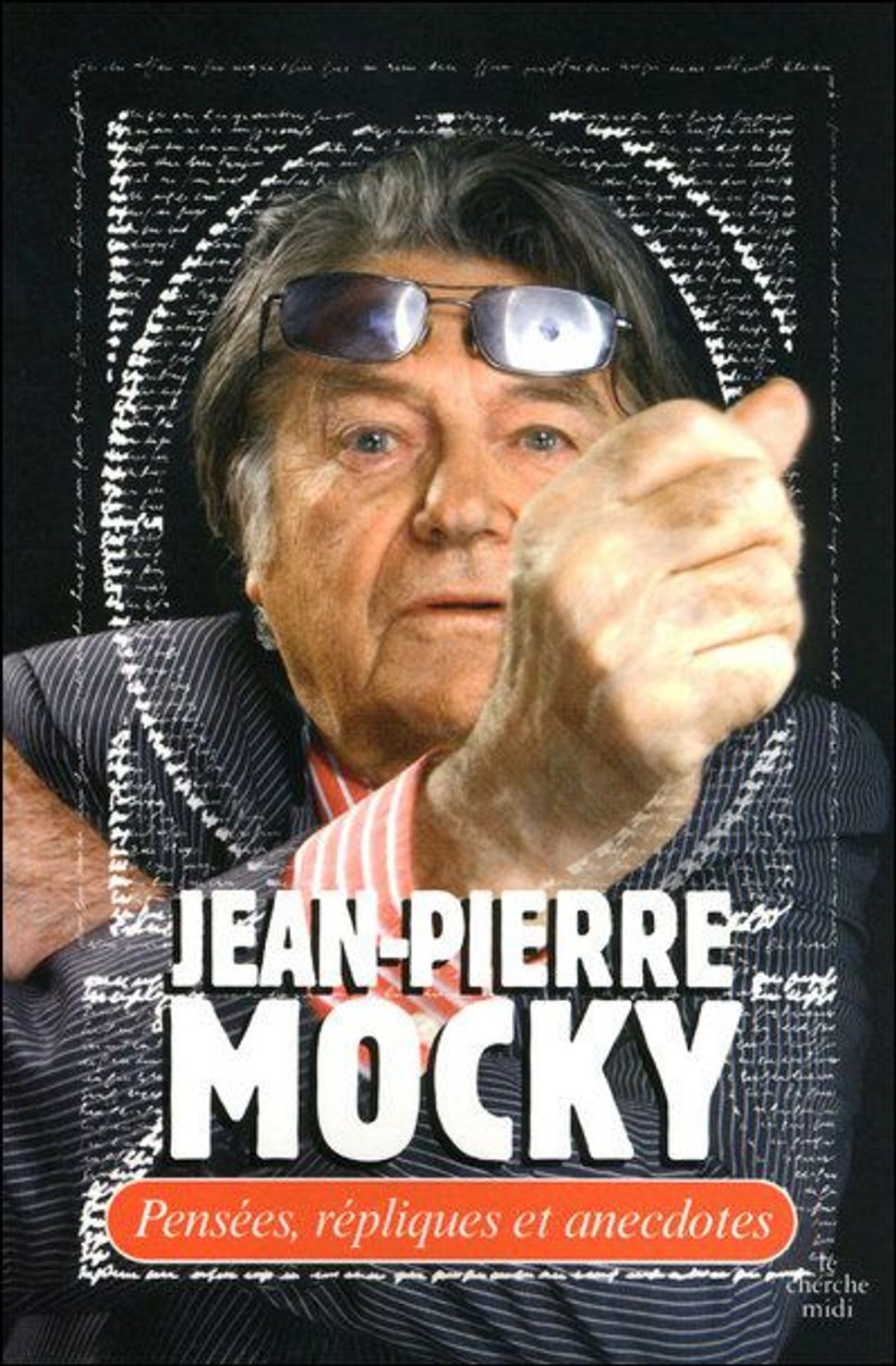 The French Jewish film director Jean-Pierre Mocky exemplifies the bitterness at the heart of many highly original comedic talents. Delightful comic actors from Bourvil to Michel Serrault enjoyed long, if quirky, professional associations with Mocky, whose career as an actor and director has been as stormy as the best of his films.

Born Jean-Paul Adam Mokiejewski in 1933 to a Polish Jewish family in Nice, Mocky has recently published with Le Cherche Midi Editions in Paris, “Thoughts, Comebacks, and Anecdotes” (“Pensées, répliques et anecdotes”). Even for a director notorious for his bellicose approach to filmmaking, this is a strikingly captious volume.

Mocky explains that as the 1930s wore on, Mokiejewski began to sound “very Jewish, after all,” so the family name was changed. Young Jean-Pierre was sent to Algeria to spend the war in safety, but not before an episode at a French Catholic school during which he was molested by one of the teaching priests. This gave him a permanent loathing of churches, though he adds: “Today, priests have become a minority; I never attack minorities.”

Returning to France after the war, Mocky launched himself into the theatrical world, rubbing elbows with such legendary talents as the French Jewish actor Robert Hirsch. Today Mocky is estranged from the theater, as well as his son Stanilas Nordey, a noted younger stage director. Mocky explains: “I loathe what [Nordey] does in the theater and he loathes what I do in film.”

Mocky has also bitterly feuded with Gilles Jacob, the French Jewish overlord of the Cannes Film Festival, ever since Jacob panned one of his films in 1971. “Thoughts, Comebacks, and Anecdotes” offers equally unforgiving appraisals of the French Jewish film director Zabou Breitman as well as the 2006 gay comedy “The Man of My Life” and Claude Berri’s 2002 film “A Cleaning Lady,” both of which he terms “nondescript.”

Another French Jewish director, Cédric Klapisch, is dismissed for his hit “The Spanish Apartment” which gives the impression, according to Mocky, that “young people today are morons, which isn’t the case.” Mocky does reserve praise for the French Jewish actress Simone Signoret in 1952’s “Casque d’Or” and the comedy director Gérard Oury, born Max-Gérard Tannenbaum. Yet the lasting impression of this printed diatribe is not so much what Mocky likes, as what he detests.

Watch Mocky lash out at journalists during a 2009 café interview: