Adolf Busch: A Righteous Musician Among the Nations 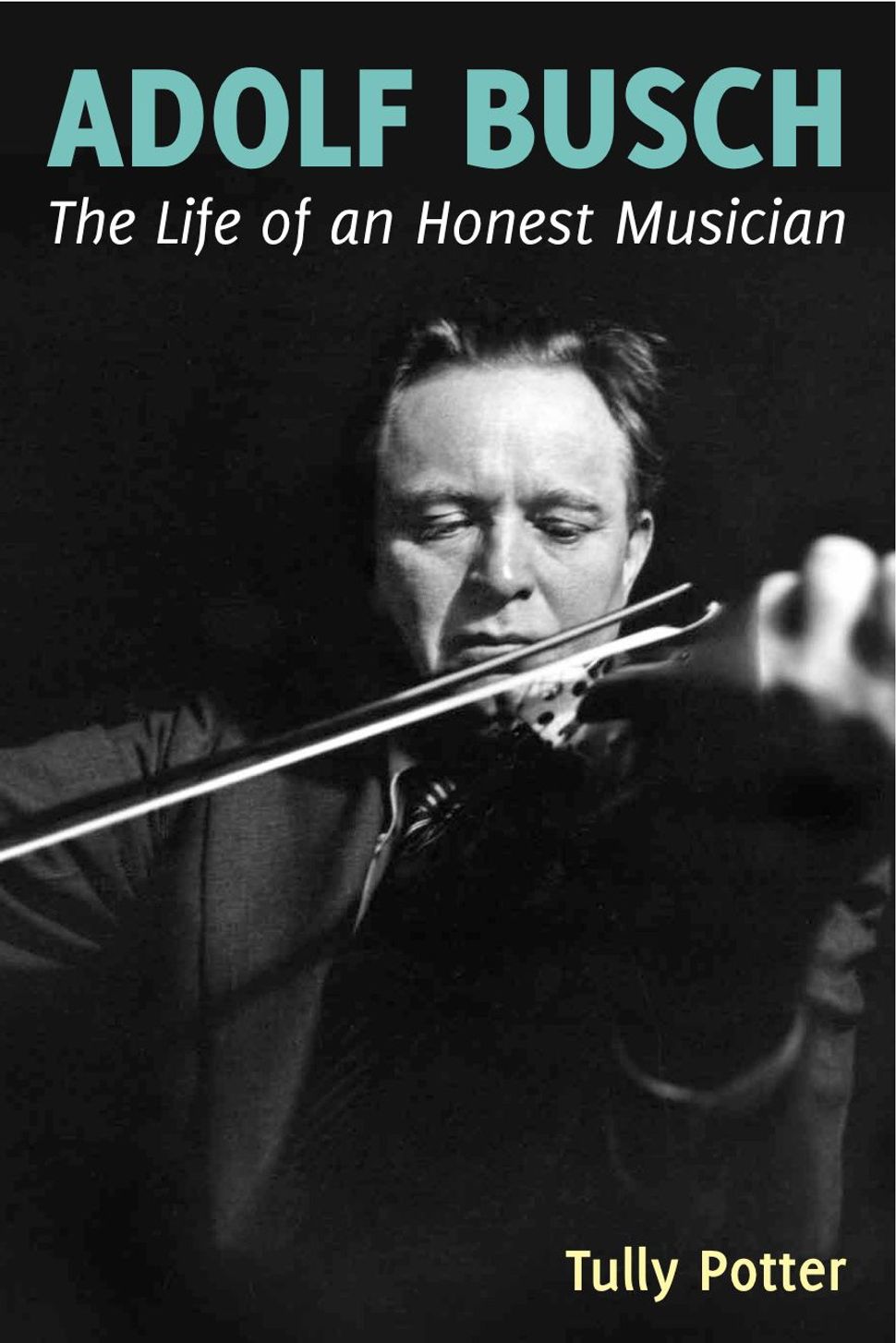 Next month, Toccata Press publishes “Adolf Busch: The Life of an Honest Musician” by Tully Potter, and for once a biography’s title under-hypes its subject.

Recent CD reprints from Music & Arts, along with exemplary EMI recordings of Bach, Beethoven, Schubert and Mendelssohn show the violinist and composer to be a great musician indeed. Busch’s pure and unaffected approach is especially moving in music which benefits from simplicity and directness, like Schubert, Busch’s recordings of whom are also available from Appian Publications & Recordings.

Although a so-called “Aryan” musician, Busch was a ferocious anti-Nazi and staunch philosemite. Potter explains that the early 1930s in Germany was a “time when choices could still be made.” The ardent Nazi conductor Karl Böhm announced in 1938 Vienna: “As long as there is still one Jew living in [Austria], I’ll not pick up my baton.” Career opportunists like Swiss pianist Edwin Fischer declared, after Jewish musicians were banned from performing, “now that the Jews are no longer allowed to play, the golden era begins for us.”

Yet Busch, in 1933, canceled a German concert tour, writing: “Because of the impression made on me by the actions of my Christian compatriots against German Jews, which are aimed at displacing Jews from their professional occupations and robbing them of their honor, I am at the end of my spiritual and physical strength.” Busch’s Jewish son-in-law, the great pianist Rudolf Serkin, later recalled the deep shame Busch felt at being German during these years: “I think it would have been easier for him if he had been Jewish. He had this terrible sense of guilt.”

This guilt translated, whenever possible, into direct insults aimed at Hitler and his cronies, who continued to try to persuade Busch, as an eminent Aryan musician, to play under the Nazi regime. Instead, he played with the Palestine Orchestra which was founded by Polish Jewish violinist Bronislaw Huberman, who proudly announced that the soloist invited for the orchestra’s 1938 season would “not be a Jew, but Adolf Busch, the non-Jewish German violinist who out of solidarity with his persecuted fellow musicians, refused to go back to Germany.”

Busch settled in Switzerland and eventually Vermont, where he co-founded the Marlboro Festival. Potter concludes that Busch’s “life shines as a rare affirmation that it is possible to be an honest musician and an honest man.”

Adolf Busch: A Righteous Musician Among the Nations