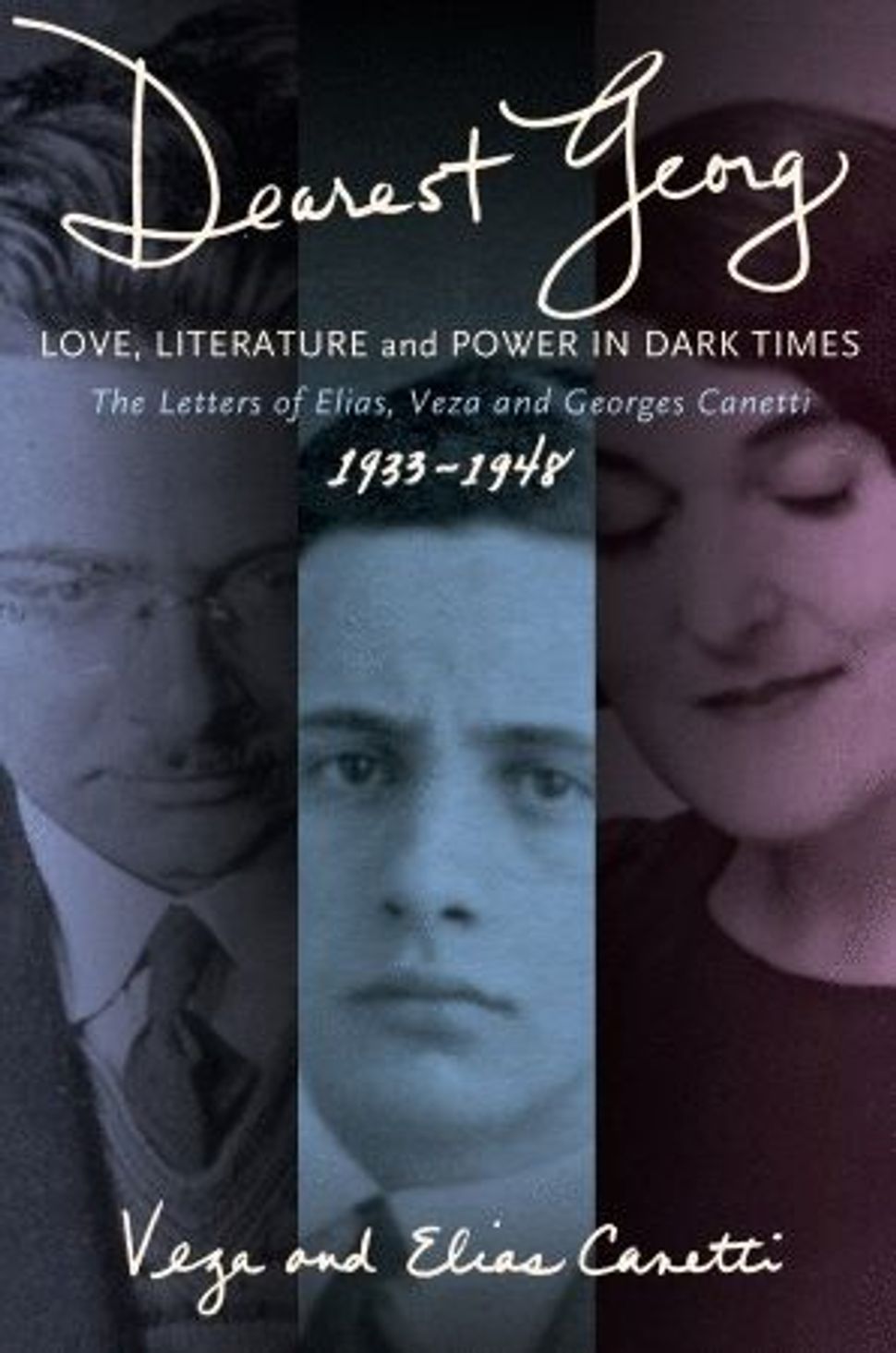 In some Jewish families, the least admirable member may be the one who wins a Nobel Prize. This is one conclusion to be drawn from the recent publication by Other Press of “Dearest Georg: Love, Literature, and Power in Dark Times; The Letters of Elias, Veza, and Georges Canetti, 1933-1948.”

The Bulgarian-born Sephardic Jewish author Elias Canetti won a 1981 Nobel Prize for his socially and politically aware titles, such as “Auto-da-Fé” and “Crowds and Power.”

Canetti’s caustic memoir “Party in the Blitz: the English Years,” from New Directions, appalled some critics with its hostility to Iris Murdoch, with whom Canetti had an affair, and T. S. Eliot, with whom he did not. Yet nothing brings us emotionally closer to this writer than the letters of his Viennese Jewish first wife Veza, whose missives comprise most of the Other Press collection.

Veza, who was born with only one hand, addressed these letters to Elias’s gay brother Georges, and her flirty, teasing tone does not conceal the genuine affection and respect she had for him. In 1938, before fleeting Vienna to the UK, Veza notes with deep irony: “The German soldiers are nice; if they see a crowd taunting an old Jew who has to wash the street, they break up the crowd.” After the war, Veza informs Georges: “You make up for a hundred Nazis, but who is going to make up for the millions that still exist?”

Georges Canetti, although afflicted with tuberculosis at an early age, became a noted medical researcher and one of the directors of Paris’s Institut Pasteur. A Mycobacterium and research prize were named after Georges in recent years.

After Georges died prematurely in 1971, Elias burned the voluminous correspondence between Georges and his male lover, perhaps fearing a family scandal. “Dearest Georg” claims that Elias eventually “regretted” his homophobic auto-da-fé, yet this episode merely confirms Elias’s creepy and deranged behavior. Veza’s own prolific writings went unpublished until Elias’s second wife died decades later, at which point the near-nonagenarian Canetti decided to finally do something about getting Veza’s novels like “Yellow Street” and “The Tortoises” into print.

Nowadays even Veza’s short stories are available in English from Ariadne Press. A third Canetti brother, Jacques, became a showbiz impresario in France, producing records by legends like Édith Piaf, Jaques Brel, and Georges Brassens. Elias apart, the Canettis are a family of permanent fascination.

Listen to Canetti read a story by Franz Kafka on German radio: