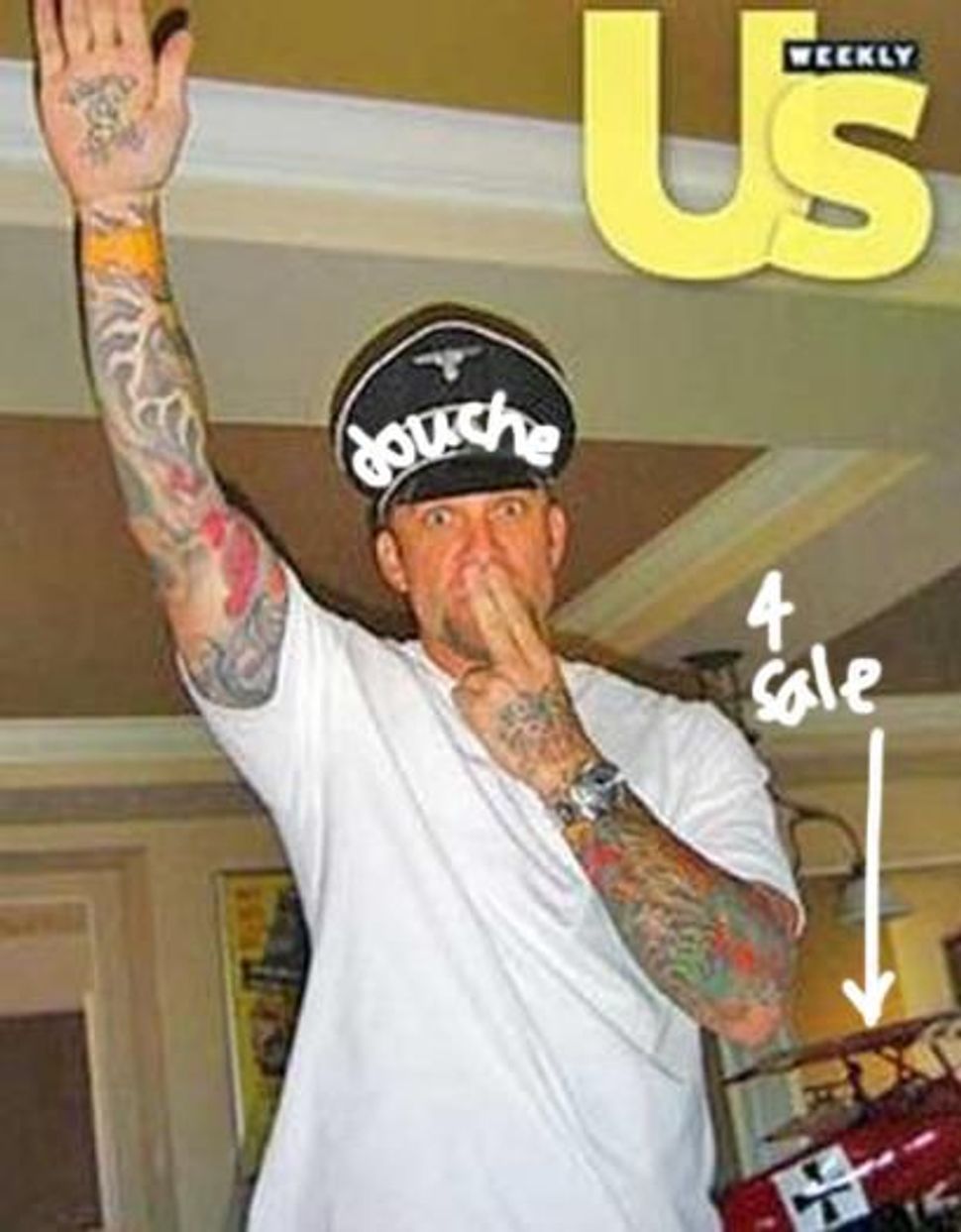 James, who actress Sandra Bullock served with divorce papers in April after news broke of his infidelity, first raised eyebrows when a photo surfaced of him trying on a Hitler salute for size. This week, the former “Monster Garage” host tried to auction off the Red Baron replica airplane he posed in front of – on eBay (the post has since been taken down by the seller). The online auction site’s listing for the item noted that the plane is a part of “pop culture history” before going on to tout its infamy: “This is the actual model as seen in US, People, In Touch, TMZ, etc etc etc … and pictures of you with it may be worth big bucks someday so bid to win.” Trying to cash in on one of the lower points of a low, low year? That sounds like James.

As for McGee, the heavily tattooed stripper who first broke news of James’s infidelity in late March, she was recently asked about her Nazi photos in an interview. The trashy temptress seemingly condoned antisemitism but denied the interviewer’s assertion that the photo – showing her in a Nazi-esque uniform – was racist: “No, not racism. Antisemitism? Yes. If that was the intention of putting the costume on.” But “antisemitism is prejudice against Jews, which is actually racism,” the reporter responded. McGee quickly ended the chatfest, offering a terse “I don’t see it that way.”

Interesting as it would be to see what this dynamic duo does next, I can’t help but think we’d all be happier if they just went away.