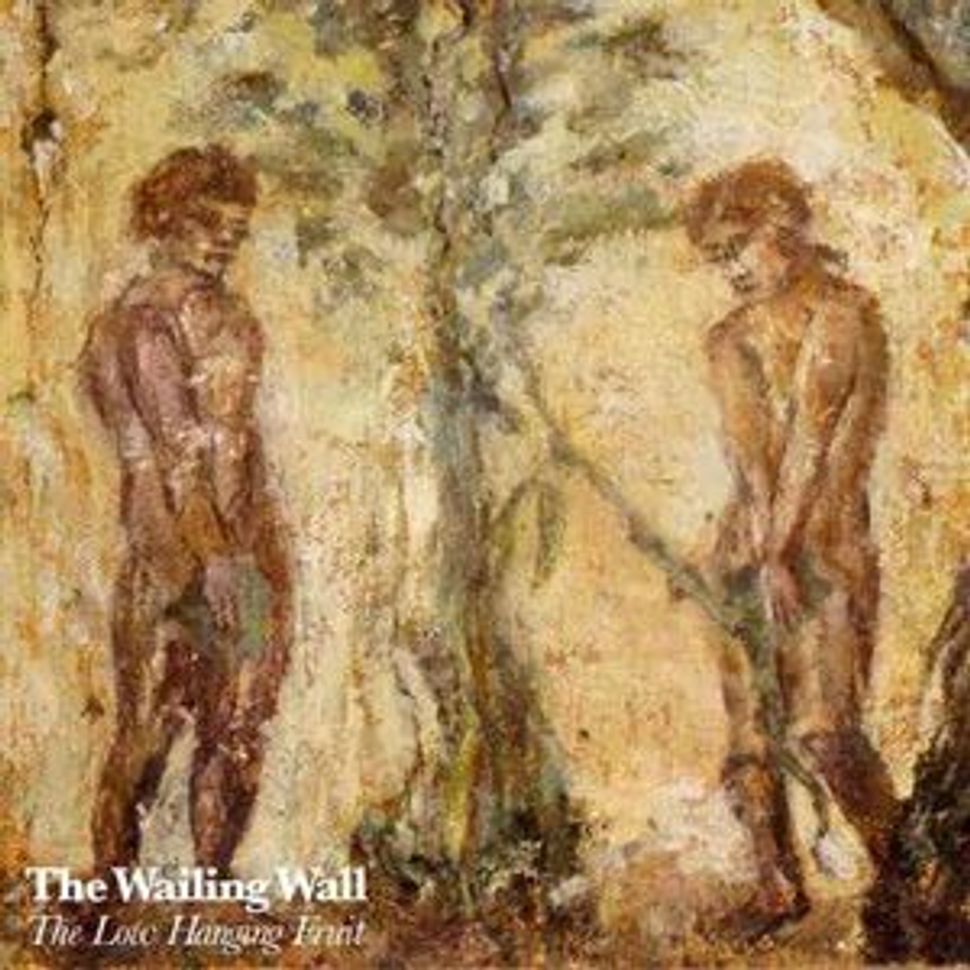 Jesse Rifkin is a young singer-songwriter and talented multi-instrumentalist who goes by the somewhat hokey moniker “The Wailing Wall.” For an overtly Jewish act this would be a sure sign of shlockiness, but for Rifkin, an orthodox-reared but now non-religious performer whose second full-length album, “The Low Hanging Fruit,” was released earlier this month, it’s merely silly.

Unfortunately, Rifkin’s choice of name is consistent with his music. Like his previous work, “The Low Hanging Fruit” is a middle-of-the-road indie rock album heavily in debt to bands like Neutral Milk Hotel and The Decemberists, along with a grab bag of other influences, ranging from Leonard Cohen (“For C.M.R.”) and Paul Simon (“Song”), to early R.E.M. (“Hands and Teeth”). Admittedly, Rifkin is a skilled songwriter, even if he does tend to lean on the easy emotion of minor key melodies. More impressive, however, are his instrumental arrangements, which are most powerful when they don’t smack of exotic indulgence.

Unfortunately, this is sometimes the case on “The Low Hanging Fruit,” as it wasn’t on Rifkin’s previous album, “Hospital Blossoms.” A quick look at his official bio confirms that the eastern sounds on this album are not just the result of a strange fondness for the sitar. “Still hungry and skeptical after 11 years of Orthodox day school education, and questioning his belief in a benevolent higher power, Jesse turned to the strains of Sufi Qawwali music, Hindu Kirtan chanting, Renaissance and Baroque church music.” While there’s nothing wrong with musical eclecticism, it sounds like these influences have yet to be fully digested.

Whatever influence Rifkin may be under, it apparently hasn’t had much of an effect on his lyrics, which bear the emotional ambiguities that mark most adolescent poetry. Consider, for example, the first lines of the opening track of his new album, “Speak Not Its Name”:

And I know there is light in each crack, in each corner
But I cling to the darkness forever more now
And when light comes to find me I will run to avoid it
Oh in heart I have craved it and in body destroyed it
I could speak not its name but it still would define me
I could break down its walls but it still would confine me

I’m sure Rifkin knows what he’s talking about, but me, I’m lost in the haze of generalities.

All of which isn’t to say that Rifkin doesn’t have potential – what he needs is the discipline to subject his writing to real poetic scrutiny and to rein his music in from melodic and instrumental indulgences. That’s hard work, but in Rifkin’s case it’ll certainly pay off.