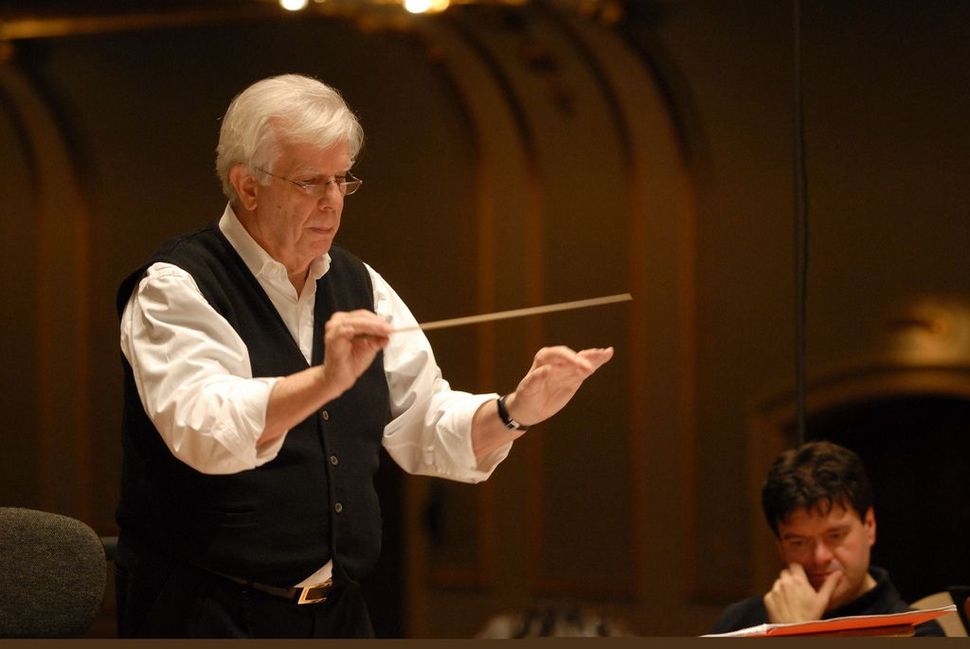 The news, announced today, that Boston Symphony Orchestra conductor James Levine is bowing out of his scheduled concerts at this summer’s Tanglewood Music Festival to continue recovering from back surgery, raises the time-honored question, more often asked about baseball than classical music: “What does it mean for the Jews?”

Tanglewood, long the stomping grounds of Leonard Bernstein, will instead invite Michael Tilson Thomas, a descendant of the great Thomashefky Yiddish theatrical family, for concerts on July 9, 16 and 17. Yet on August 1 and 2, an even more unmissable replacement for Maestro Levine will be his distinguished elder, the conductor Christoph von Dohnányi. Not only a uniquely gifted musician, especially expert in opera from Beethoven to Richard Strauss, Dohnányi is also the epitome of the Righteous Gentile.

Dohnányi’s father Hans and his uncle, the theologian Dietrich Bonhoeffer, were both murdered in 1945 for their staunch anti-Nazi activities during the war. In Bonhoeffer’s “Letters and Papers from Prison,” available from Touchstone Books, the teenage Christoph, busy with music lessons, writes faithfully to his uncle in prison. Bonhoeffer marvels in a 1945 letter to Christoph’s father: “A letter from Christoph has just come. It’s surprising how he keeps thinking of writing. What a view of life a fourteen-year-old must get when he has to write to his father and godfather in prison for months on end. He cannot have many illusions about the world now; I suppose all these happenings must mean the end of his childhood.”

Christoph von Dohnányi himself told me in an interview a decade ago: “Of course my father and Bonhoeffer were proud to be illegal. They were obliged to be illegal against Hitler, who was the head of state at the time. What’s most vital is that Bonhoeffer’s thoughts have spread out as one of the most important theologians. I’m very proud to be his nephew. He was my favorite uncle of all, and my godfather. He was a wonderful man.”

The same can be said of Christoph von Dohnányi, a rare mensch among the generally vain and titanically self-absorbed brotherhood of conductors. Dohnányi’s presence at Tanglewood guarantees a breath of fresh air, regardless of how some subscribers may miss the previously advertised presence of James Levine.

Watch an interview with Christoph von Dohnányi from 2009: