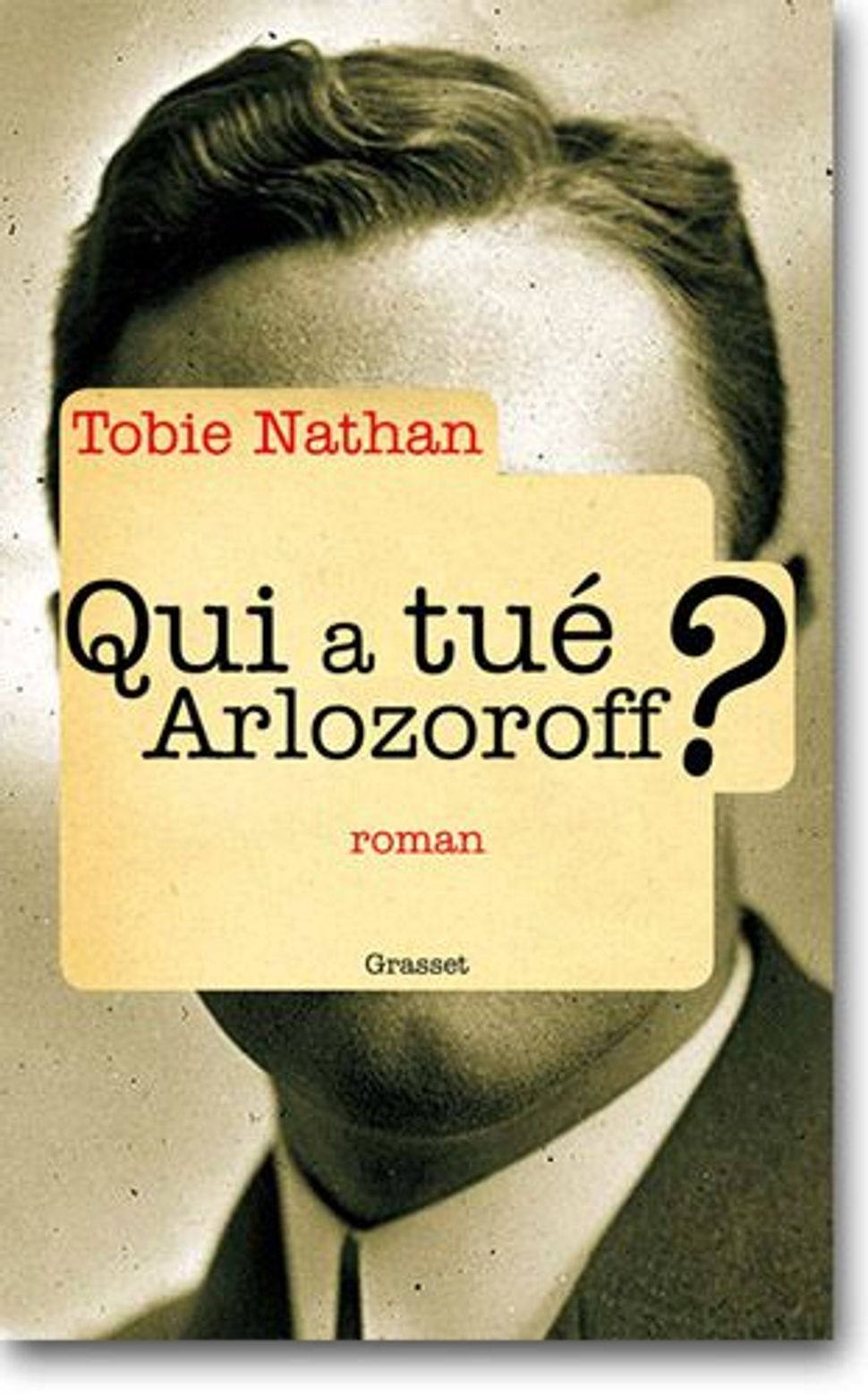 The Cairo-born French Jewish ethnopsychiatrist Tobie Nathan is a man of many talents. A prolific novelist as well as teacher, Nathan recently published “My Patient, Sigmund Freud” with Les Éditions Perrin.

Nathan’s new novel, “Who Killed Arlozoroff?” from Les Éditions Grasset reveals other fields of knowledge. It starts with a French journalist with Egyptian Jewish roots entering a Tel Aviv bar and ordering a mitz gezer. A self-appointed critic standing next to him, guzzling Arak, slates his choice of beverage, a plausible sequence of events to anyone familiar with Tel Aviv.

Nathan indubitably is familiar with the city, since he just spent five years stationed there as French cultural counselor, although last September he was transferred to the French Embassy at Conakry, Guinea. Plausible details are essential to his fluently adventurous narrative.

History tells us that in 1933, the left-wing Israeli political leader Haim Arlozoroff was assassinated on a Tel Aviv beach, soon after returning from Nazi Germany where he negotiated the release of some German Jews. The still-unsolved crime, notes Nathan, became a “myth which made it possible to separate leftists from rightists,” since left-wing Israelis believed that Arlozoroff was killed by right-wingers, whereas anyone who believed any other hypothesis “would be labeled right wing.”

Another historical fact is that Magda Behrend, who later married Joseph Goebbels, was a friend of Arlozoroff’s sister Lisa. From this, Nathan develops a fictional love affair between Arlozoroff and the future Mrs. Goebbels, as a plausible motive for murder. Also invented is a more recent murder victim named Mordechai Monco, a septuagenarian Holocaust survivor, former gay prostitute, and Mossad spy. As a boy, Monco is successively raped by Nazis, a Rabbi, and a British officer, in a series of misadventures worthy of Voltaire’s Cunegonde.

Throughout such wild subplots, the somber majesty of Tel Aviv’s history underlies the plot, adding dignity even to sensationalist episodes. Nathan notes that the famed 1909 photo by Avraham Soskin of the founding of Tel Aviv implies that the city was established by “freely negotiated contract,” whereas the still-mysterious killing of Arlozoroff reminds us that in reality, “everything began with a murder, on this precise beach.”

Myths of origin are essential to ethnopsychiatrists like Nathan, following in the footsteps of the science’s Hungarian Jewish principal founder, George Devereux.