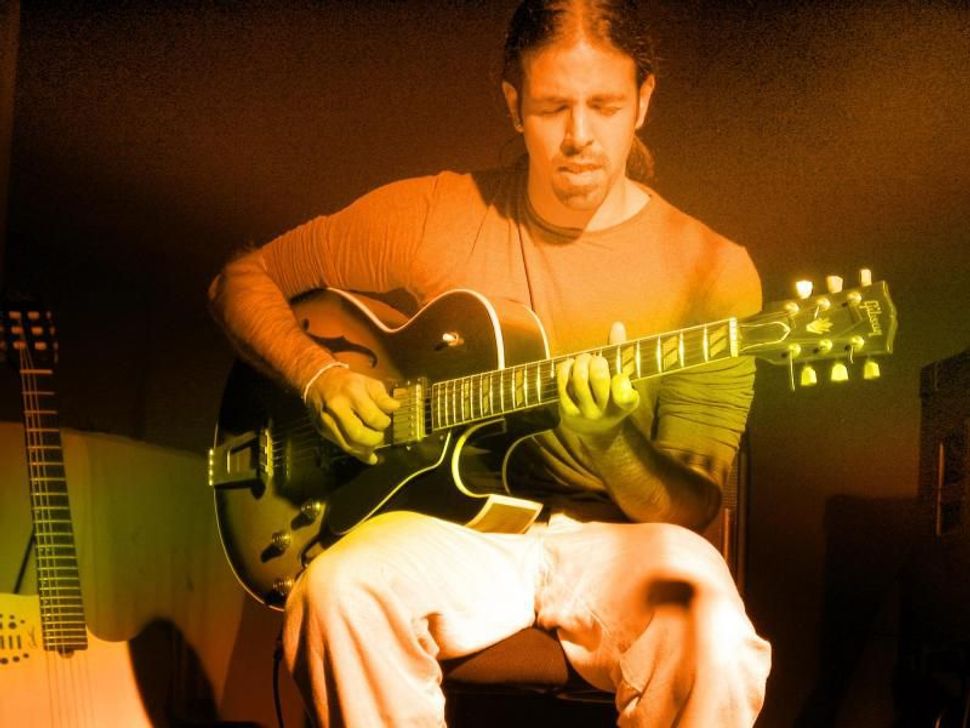 The trio consists of guitarist Assaf Kehati, an Israeli-born resident of Boston, veteran drummer Billy Hart (who is something of a legend for his performances and recordings with McCoy Tyner, Herbie Hancock and Stan Getz), and bass player Noam Wiesenberg, an Israeli graduate of the Berklee College of Music. The trio’s repertoire includes Kehati and Hart’s own compositions, the work of neglected songwriters like Arthur Altman, as well as decidedly non-neglected composers like George Gershwin and Irving Berlin.

Kehati acquired his musical mastery as a student at the Rimon School of Jazz and Contemporary Music in Ramat Hasharon, a school that has gained a considerable reputation in the jazz world. In addition to his work with the trio, Kehati also performs in a fairly funkadelic quartet featuring Israeli percussionist Udi Shlomo, with whom he has just released a new CD, “A View From My Window” on his own AKJazz label.

The view from bassist Noam Wiesenberg’s window was doubtless augmented by his father, the eminent Israeli composer Menachem Wiesenberg. Early on, the elder Wiesenberg introduced Noam to classical, jazz and rock music, as well as melodies from India and Africa. By age eight, Noam began a decade-long stint as a student of the noted Israeli cellist Hillel Zori.

The father-son influence went both ways, however, as Menachem Wiesenberg observes in program notes to a 2009 Kansas City Symphony performance of his 2002 orchestral work “Reflections,” in which he credits his “younger son, Noam, who is a jazz double bass player” with providing inspiration.

For his part, the younger Wiesenberg honed his artistry with such noted musicians as trumpeter Avishai Cohen, bassist Omer Avital, Matisyahu, and the remarkable percussionist Zohar Fresco, who offered his own personal conservatory of rhythmic ingenuity. While The Kehati Trio generally offers sophisticated, limpidly understated coolness, focusing with seeming imperturbability on lightly swinging melodic lines, Wiesenberg is equally calm and masterful on upbeat tunes like Gershwin’s “Lady Be Good.”

All told, the Assaf Kehati Trio is an acutely skilled ensemble, not to be missed.