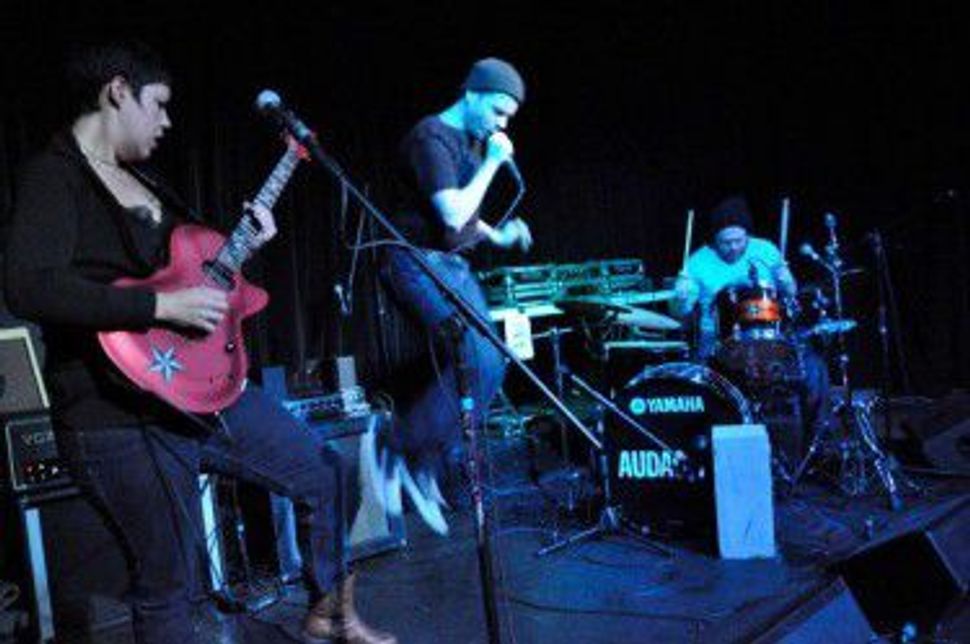 Near the end of “Giants,” the opening track of Can!!Can’s debut album “Monsters & Healers,” vocalist Patrick Aleph mutters, “This is never gonna end, this is never gonna end.” The sentiment is more musical than thematic. Like the bands that Can!!Can crib their sound from (denizens of a post-Sonic Youth world where the Yeah Yeah Yeahs were once the biggest act ever), the instrumentals drive forward in some kind of scuzzy locomotion. The tracks feel short and taut, and by the time the lyrics have been established — like in the crunchy “God Lives in NYC” — guitarist Mary Collins has already fully explored the musical codes of that particular song.

Despite the persistently retro vibe — on “Wife to Die” it sounds like cassette tapes are being swapped and rewound — “Monsters & Healers” fits easily into the contemporary soundscape, and is of a piece with albums like No Age’s 2008 art-punk album “Nouns.” The aesthetic is de-tethered and menacing, and by the end of the album Can!!Can has glided fully into some vicious realm; songs like “Victim,” “Devil in the Night Sky” and “Brutal,” sound violent and frustrated, especially on the latter where Aleph chants, “I take what I want, yeah,” over and over until it lapses into a hedonistic trance. Early on in the album they discard religion. On “Giants” Aleph sings, “You build an alter / You find a priest / Two tablets tell us what to do and say and feel and think,” but where nihilism tends to open the door for most punk bands, for Can!!Can it devolves into something frightening and violent.

How many punk bands are concerned with diasporic dystopia, or, as when Aleph sings over and over on “Uncharted Stars,” “till we reach the end,” with some ahistorical conclusion? Well, Can!!Can are, positing themselves as both the monsters and the healers of history, the victims and the perpetrators of violence. In doing so, they buy into the fundamental rock myth; an angry, explosive enough rock song can save the world. It’s such a seductive messianic myth, even if the only thing that makes it fresh here are the briefest Jewish evocations. Aleph, Collins and drummer Joshua Lamar are compelling artists, but a lot of compelling artists have tried to save the world before and failed. At least all the trepidation here comes with some catchy tunes. If I sound skeptical of what Can!!Can are doing, it’s only because these days I’m listening for roads out of the malaise. On “Monsters & Healers” the only path is the one that brings you deeper and deeper into exile.