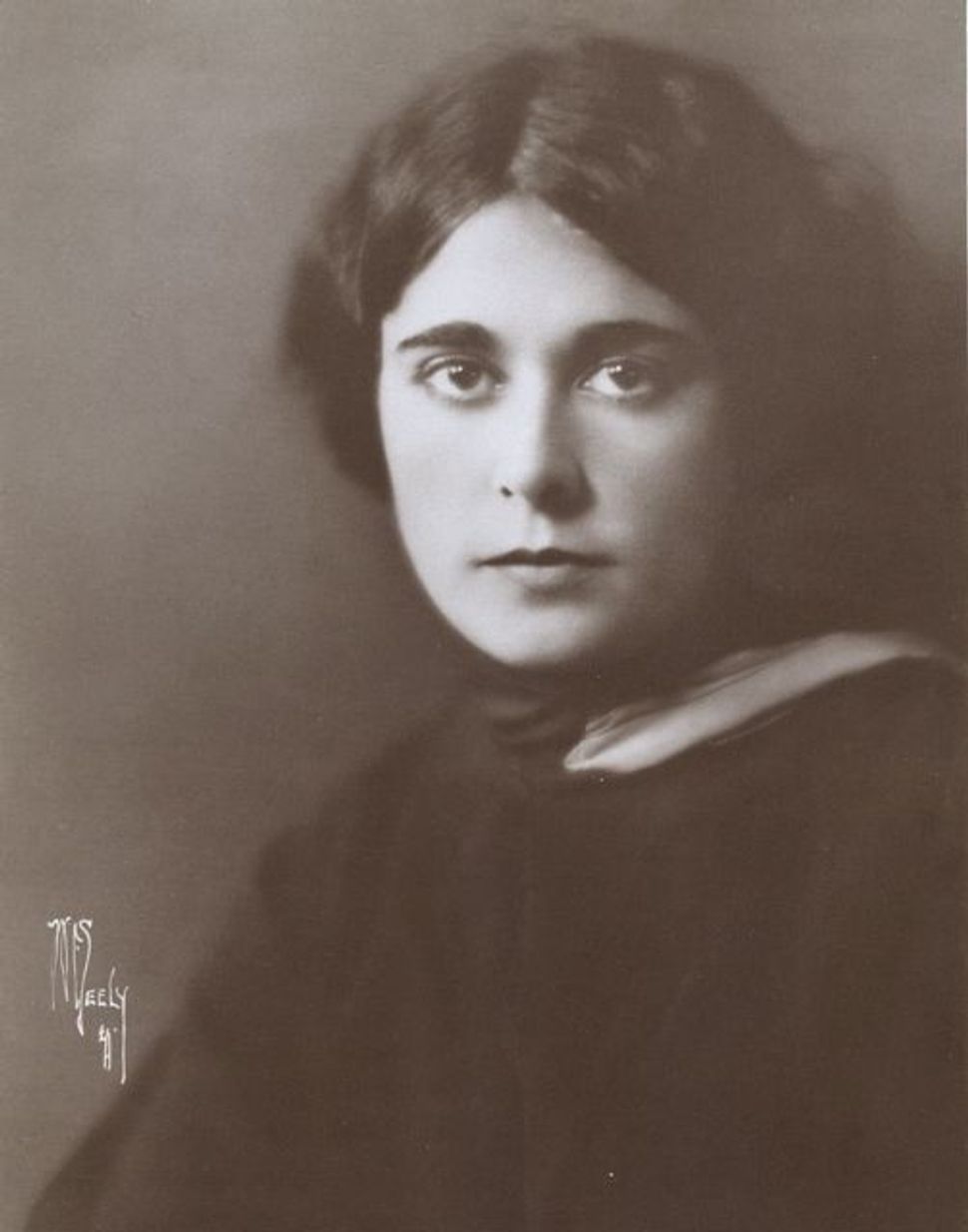 Maas was born into a family of Russian Jewish immigrants named Zagorsky — anglicized to Sagor at Ellis Island — who placed a solid emphasis on culture, despite their humble social status. In addition to subsidizing the young Frederica’s lessons with Russian Jewish pianist Jacques Danielson, Maas’s parents also paid for concert tickets so that she could hear such noted Jewish pianists as Fannie Bloomfield Zeisler.

While still a teenager Maas landed a job as an assistant story editor at Universal Pictures and soon moved to Los Angeles, where she wrote the screenplay for 1925’s “The Plastic Age,” a silent screen portrayal of modern “flaming” youth starring Clara Bow.

Maas continued mining the contemporary vein with 1926’s “The Waning Sex,” now lost, starring Norma Shearer, who converted to Judaism the next year in order to marry MGM studio boss Irving Thalberg. (The comedian Eddie Cantor later reportedly claimed that Shearer was “much more Jewish in feeling that are many Jewesses.”)

Maas personally advised Shearer not to marry Thalberg, whom she saw as a “mama’s boy,” an opinion which probably harmed Maas’s long-term career prospects. Still, she did write the steamy 1926 Greta Garbo vehicle “Flesh and the Devil” before Hollywood jobs became scarce. Another studio boss, B. P. Schulberg, suggested that Maas herself might have the makings of a screen star, but the writer declined, preferring stage actresses like Sarah Bernhardt to silent screen acting.

Maas’s Hollywood career gradually declined in the 1930s. One script, about new jobs for women created by the invention of the typewriter, was filmed as “The Shocking Miss Pilgrim,” but the studio turned it into a fluffy musical. When the Communist witch hunt hit Hollywood, Maas and her husband, also a screenwriter, were suspected of harboring Bolshevik views and were forced to embraced other professions. Maas worked her way up from typist to insurance adjuster before her retirement decades ago. Her memoirs, “The Shocking Miss Pilgrim: A Writer in Early Hollywood” were published with The University Press of Kentucky in 1999.

Now, with her mind reportedly still “sharp,” Maas is a living reminder of Hollywood history.