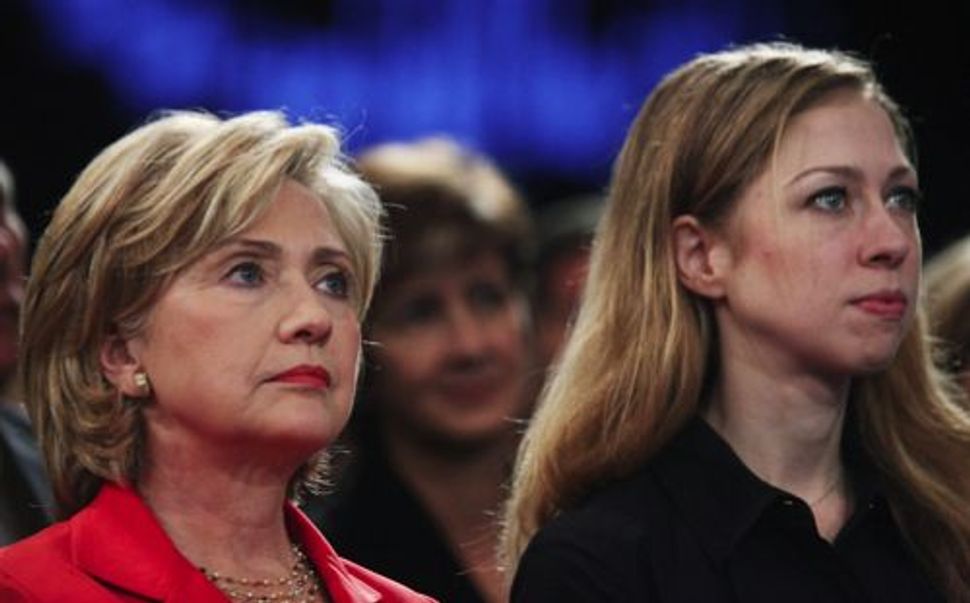 With the (reportedly) $2 million wedding of Chelsea Clinton and Marc Mezvinsky just days away, the press is all over this historic affair, spending many hours getting all the deets — or at least trying to.

Every day this week, as the country’s best investigative reporters blanket the Hudson Valley, Shmooze will update its readers on the latest developments emerging around what New York Magazine has dubbed The Most Important Wedding in the World. If there are no notable developments on any given day, don’t worry: We’ll update you anyway. Why? Because we are The Press, and this is The Story.

To start, let’s review what we know so far:

1) The wedding will probably be this Saturday in Rhinebeck, a picturesque Hudson Valley town, although the Clintons have not officially confirmed this. The Wall Street Journal, for one, has an article called “Rhinebeck Conspiracy Theory” that quotes the town’s mayor saying it might be a “decoy location.” Truth-telling or smoke and mirrors? Nobody knows. Fear not: After a careful investigative analysis — The New York Times’ two reporters embedded in Rhinebeck wrote that “you can practically feel the shopkeepers biting their tongues” and described another local who was forbidden from disclosing details as “stricken-sounding.” If that’s not evidence, nothing is.

2) At the reception, they (might) serve a local wine from the serendipitously-named Clinton Vineyards. Which kind? “Perhaps its award-winning dessert wine called Desire, which is made from blackberries, or its raspberry wine, Embrace,” opined the Times, sounding several degrees less than sure.

3) Hillary, who has jokingly referred to herself as the MOTB, presumably has been squeezing in cake tastings and dress fittings between negotiations with world leaders. She was reportedly introduced in Vietnam last week as the “first secretary of state to visit Afghanistan, Pakistan, Korea and Vietnam while also planning her daughter’s wedding.” Not quite “first female president,” but it’s something.

4) Marc is Jewish, and Chelsea might convert — but probably not. But she did go to Yom Kippur services with him, so there’s that. Exhibit A.

5) The Daily News reported that someone else, a lowly teacher with no connections to an American political dynasty, is also getting married in Rhinebeck on Saturday. She has been planning her big day for two years, and apparently “really stressed.” What? No celebrities here, move along.

6) Back to celebrities: Everyone is abuzz about who might on the guest list (Oprah Winfrey! Barack Obama! Correction: neither!, and so The New York Times took a different angle: Who was not invited? One anonymous guy who once lent Bill Clinton a plane, that’s who.

Stay tuned for more reports of headlines promising “more details” above articles that reveal nothing at all, except more townies contorting their faces into grimaces and saying only “Gah! No comment.”