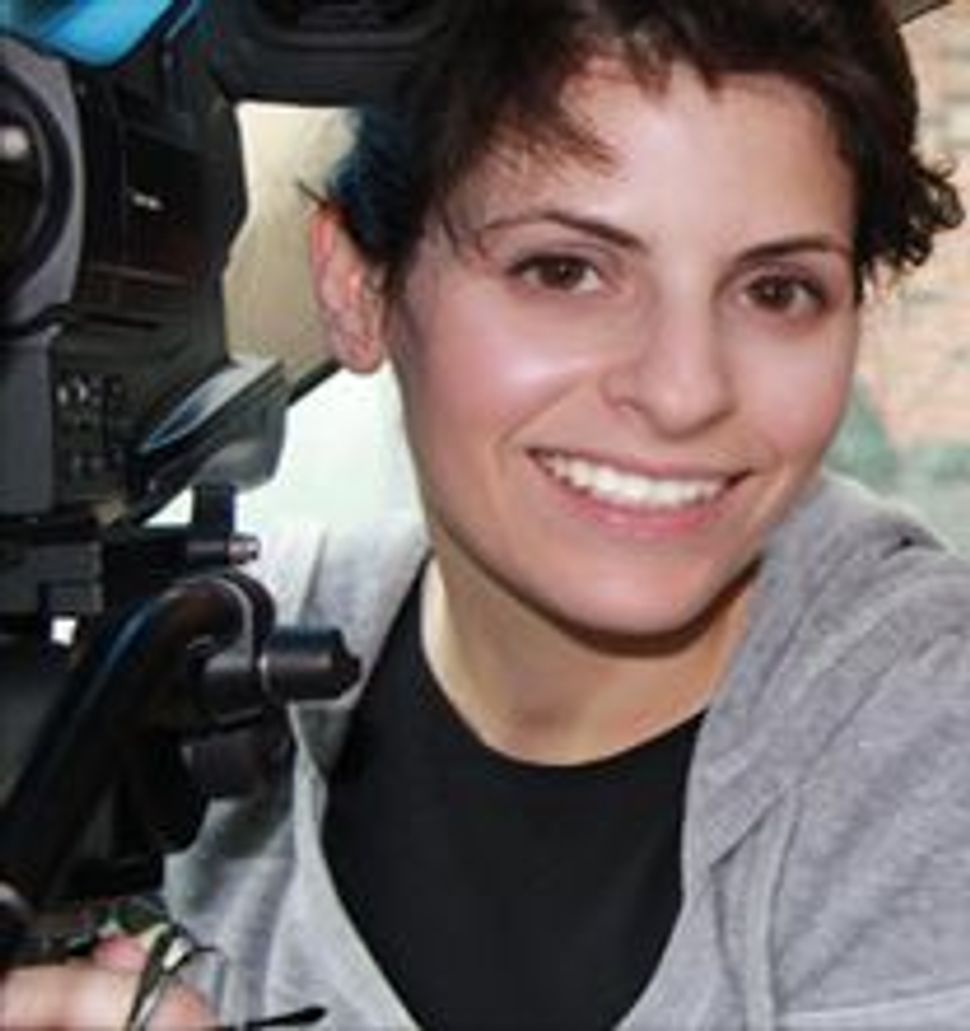 Malkah Winter has a natural passion for fillmmaking.

Malkah Winter feels the need to express herself creatively, and she comes by it genetically. The daughter of the late Yiddish theater owner and producer, Oscar Ostroff, Winter has been single-handedly directing, producing and editing Jewish Life TV’s new reality show, “In Over Our Heads.” The show aims to smash stereotypes surrounding suburban Orthodox Jews in the predominantly Jewish community of Sharon, Mass., whose lifestyle Winter, a 34-year-old mother of five, is intimately and personally acquainted with.

After being a stay-at-home mom for over a decade, Winter (who has had a lifelong interest in the arts but never studied filmmaking) picked up a video camera last November and convinced a small group of friends to allow her to document their day-to-day lives. She sees herself as following in her father’s footsteps, telling the stories of Judaism and Jewish life, only through the more contemporary media of television and the Internet.

“In Over Our Heads” is reportedly the most popular program on JLTV, which reaches 30 million homes in the US and will begin broadcasting in Canada this fall. Network executives picked the show up after catching its first episode, which Winter made at the local cable access studio. The show can also be seen on YouTube, where its first eight episodes have garnered a combined total of 20,000 views to date. JLTV has ordered another 26 episodes.

While viewers outside Sharon are supportively tuning in to see Winter and her friends Valerie Frank, Yitzi Cusner, Simcha Weinberg and Marc Hirsch struggle with and openly debate everything from marriage and parenthood to spirituality and religious hypocrisy, their neighbors have been less appreciative. Unused to viewing their community and lifestyle exposed in this way, they have confronted members of the cast, asking, “What is with this?!”

Winter loves Judaism and Torah and wants to share them with others, but at the same time, she says, “I can never just accept what someone tells me.” With “In Over Our Heads,” she has found an artistic voice for her Jewish identity. “I get to break it into pieces and then put it back together.”

Watch the first episode of “In Over Our heads:”