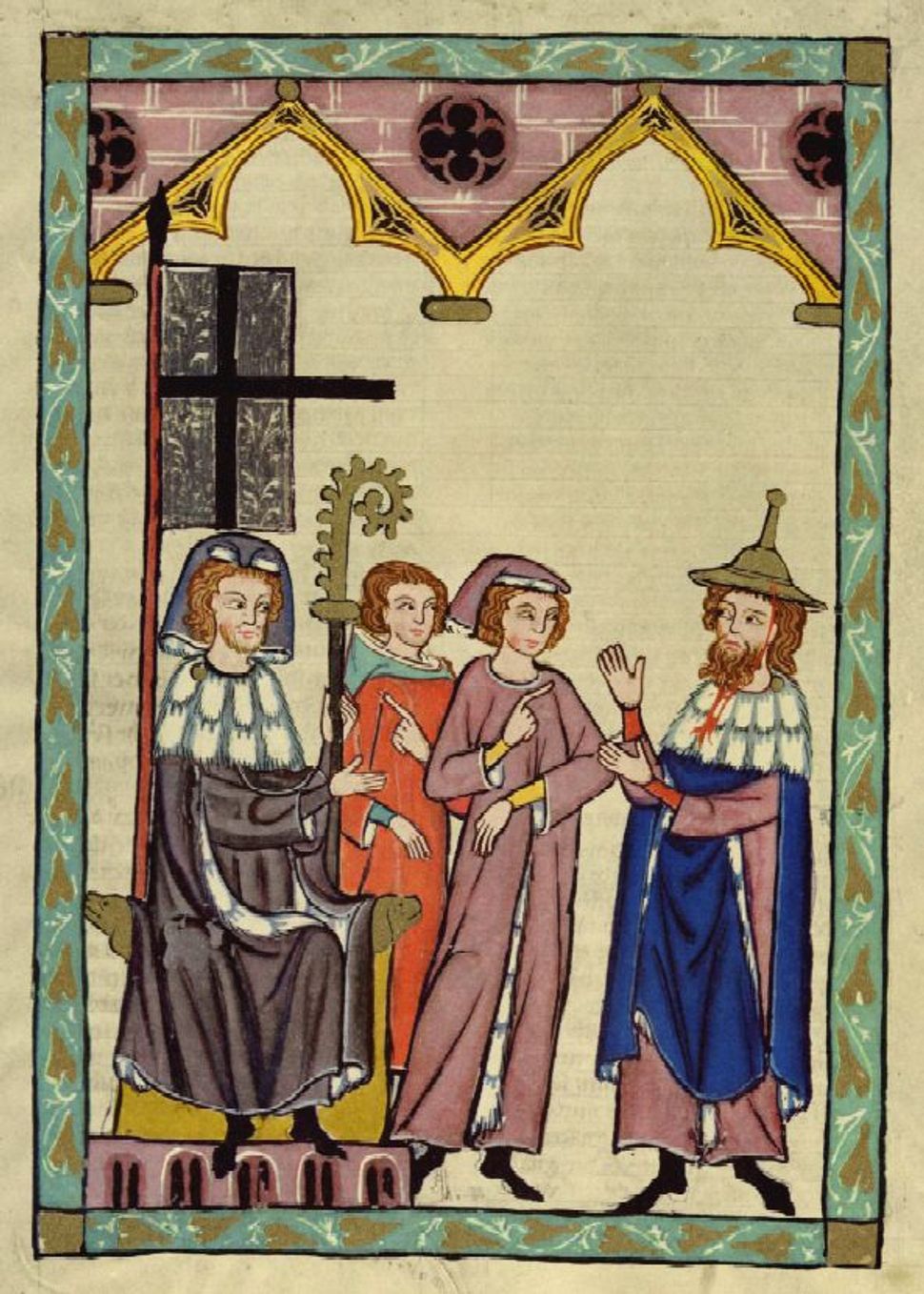 The Middle Ages were no holiday in the Catskills for the Jews of France. Yet a new study by Kirsten Fudeman, a professor of French at the University of Pittsburgh, conveys an unexpectedly upbeat message.

“Vernacular Voices: Language and Identity in Medieval French Jewish Communities” (University of Pennsylvania Press), details medieval Jews’ persistent love of French as their preferred language. They wrote it with Hebrew characters (thus creating “Hebraico-French”) and spoke it even after they were expelled from France in 1254. Even in England, early medieval Jews chose French as their mother tongue.

Among its translations of surviving Hebraico-French writing, “Vernacular Voices” publishes for the first time a racy wedding song belonging to a genre in which, as the poet and medievalist Dan Pagis describes it, “every stanza concludes with an obscene pun on a biblical verse.” One 13th century Hebraico-French poem “scrawled” inside a “beautifully executed prayer book” reads: “Let us go to bed because I have eaten so much / and drunk as if to my heart’s content; / I am as drunk as a piece of bread soaked in wine…”

This jolly roistering is particularly noteworthy because it happened amid horrific anti-Semitic violence. In the year 1171 Pulcelina (or Pucellina), a Jewish female moneylender to the court of Blois, was convicted of ritual murder on no evidence whatsoever, and was burned at the stake along with 32 other Jews. Yet life went on, sometimes with the help of Hebraico-French self-help texts which gave instructions “for the man who wants to see his wife in a dream”; “for someone who cannot menstruate”; and “for curing hemorrhoids.” But self-help was of no avail when Jews had to confront the local ruler of Blois, who, despite murdering dozens of Jews, has been described by Oxford University historian Jean Dunbabin as an “amiable, fairly popular man and noted patron of poets.”

Less amiable and equally vicious was the 13th century northern French monk and poet Gautier de Coinci, whose lyrical effusions about French Jews included the declarations: “I would burn them all together” and “My heart hates them so much, I cannot deny it, that if I were king, I would have them all drowned in a well.”

No wonder, then, that our anonymous Jewish poet became a drunk.