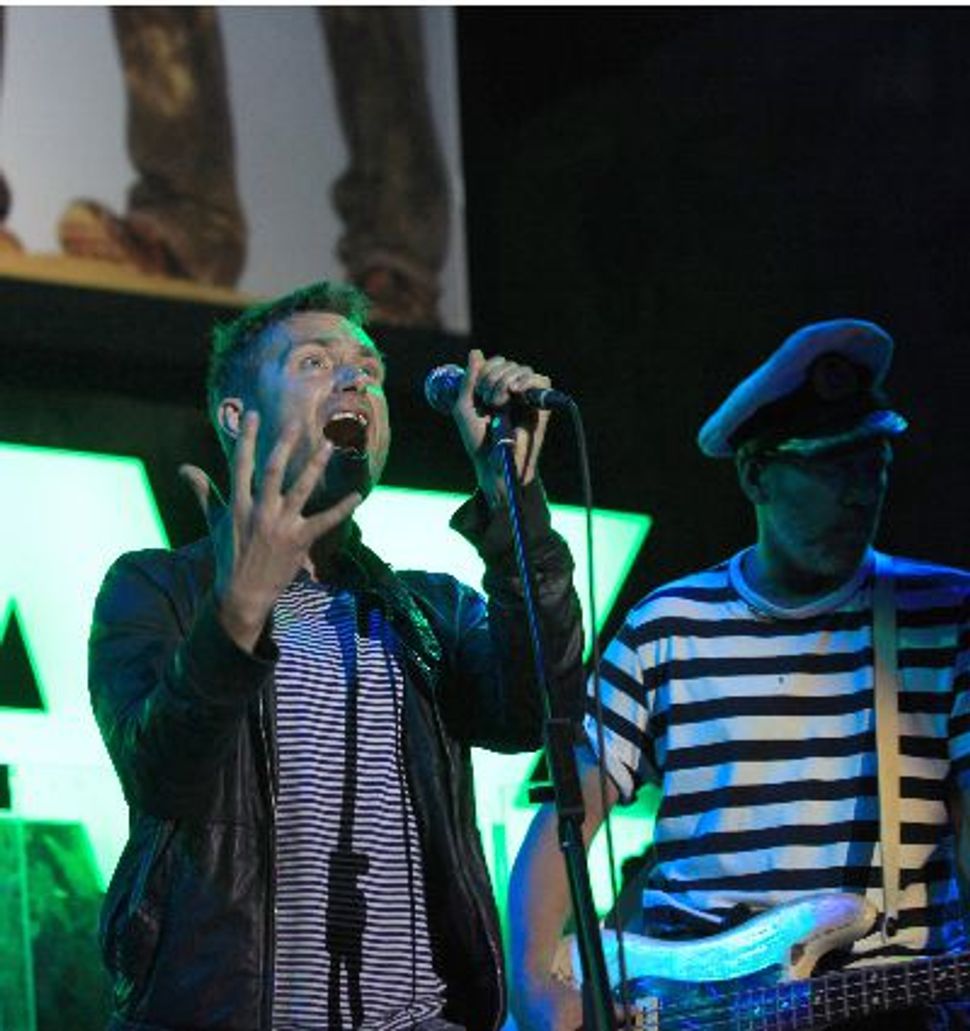 Earlier this spring Gorillaz, a British “virtual” rock sensation headed by Blur front-man Damon Albarn, canceled a show at Tel Aviv’s Pic.nic festival, along with British dance punk outfit Klaxons and American alt-rock pioneers The Pixies. Albarn never explicitly stated the reason for the cancellation, but it was widely speculated that the decision was linked to Israel’s May 31 raid on the Gaza-bound, Turkish-led flotilla.

While artist boycotts of Israel have become more common of late, Gorillaz’ political stance, stated or otherwise, is complicated by their recent performance in Syria, a country whose government is consistently condemned by human rights groups and has been labeled “not free,” by Freedom House. The concert also included, among other artists, Clash singer Mick Jones, American singer-songwriter Bobby Womack, and Syria’s National Orchestra for Arabic Music.

To be fair, Albarn playing in Syria was not just a lark. In fact, the July 25 show, which took place at the Citadel of Damascus, can be seen as the culmination of Albarn’s sincere interest in Arabic orchestral music.

In March 2009, Albarn traveled to Syria to record with orchestral conductor Issam Rafea, who added traditional Arabic arrangements to “White Flag,” a politically charged hip-hop track on Gorillaz’ latest album, “Plastic Beach.” Albarn also has a close relationship with Syrian rapper Eslam Jawwad, who appeared on his 2007 concept album “The Good, the Bad & the Queen,” and who is credited as a driving force behind “Plastic Beach.”

Personally, I’m sympathetic towards artists who venture into illiberal countries such as Syria. One need not be a “We Are the World” admirer to appreciate the cliché that music can transcend political boundaries — think of Billy Joel’s six self-financed rock concerts in Glastnost–era Moscow and Leningrad or, for a slightly more highbrow example, the New York Philharmonic’s 2008 performance in Pyongyang, North Korea. Albarn himself remarked that “by virtue of being the first big western act to arrive in Damascus I think hopefully that’s the beginning of a dialogue, and that in itself is meaningful for Syria as a whole.”

But that noble sentiment is belied by Gorillaz’ decision to take a seemingly opposite strategy when it comes to Israel — that is, to boycott rather than to engage. Gorillaz’ decisions where or where not to play can’t both transcend politics and make political statements about a country’s government at the same time. If boycotting Israel is meant as a condemnation of the Israeli government’s actions or policies, is playing in Syria an approval of the Syrian government’s actions and policies? One would hope not. Perhaps the deeper problem — and the reason why Albarn declined to offer an explanation for canceling in Tel Aviv — is that in the British rock scene these days, it’s simply more acceptable to perform in Syria than in Israel.