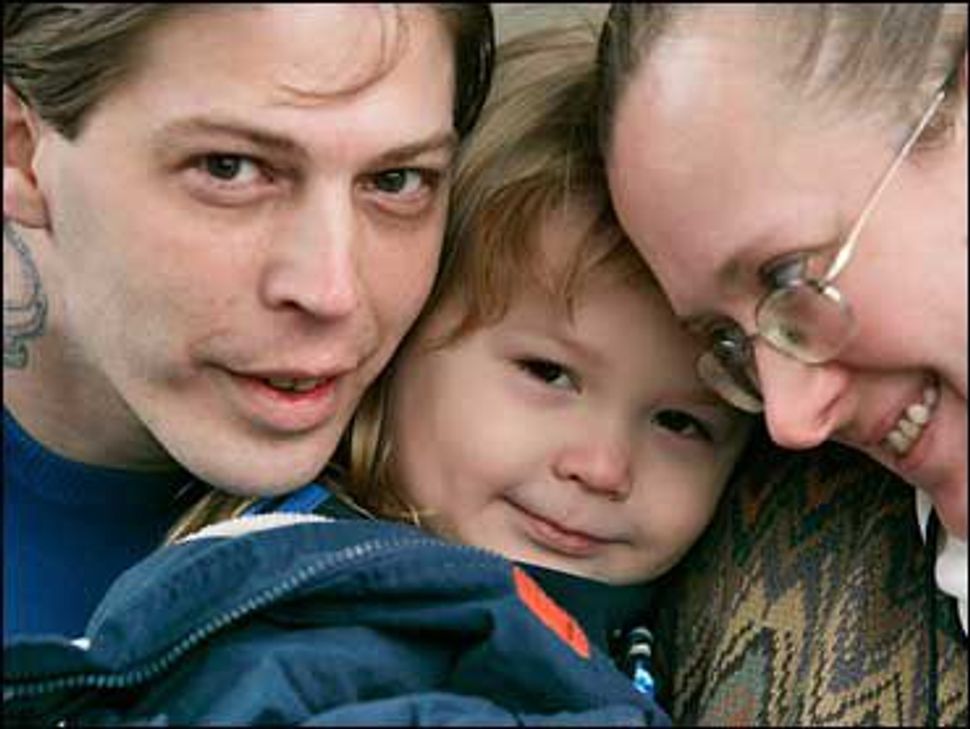 It looks like baby Hitler won’t be coming home anytime soon. And when we say Hitler, we of course mean the 4-year-old boy — full name, Adolf Hitler Campbell — whose nazi-obsessed parents branded him with the unfortunate handle.

A state appeals court in New Jersey has ruled that Heath and Deborah Campbell will not be reunited with their three children (the other two are named, get this, JoyceLynn Aryan Nation Campbell and Honszlynn Hinler Jeannie Campbell), all of whom have been in foster care since early 2009, after a media storm erupted over the choice of moniker.

The parents first attracted attention when they asked a Shop Rite supermarket to decorate a birthday cake with little Adolf’s name on it. The store refused. The media got involved, and the rest is history. Sort of. A Wal-Mart in Pennsylvania ended up decorating the cake.

But apparently all the hoopla raised some eyebrows among the New Jersey Division of Youth and Family Services, who visited the family and removed the children. Reports of domestic violence and the children being strapped to chairs for excessive amounts of time didn’t help their cause.

CBS news reported that court documents mentioned that Heath, 37, has never been able to hold down a job because of medical and psychological problems. Not entirely surprising, Deborah, who is 10 years her husband’s junior, also has a history of mental health issues.