A ‘Wondering Jew’ at City College 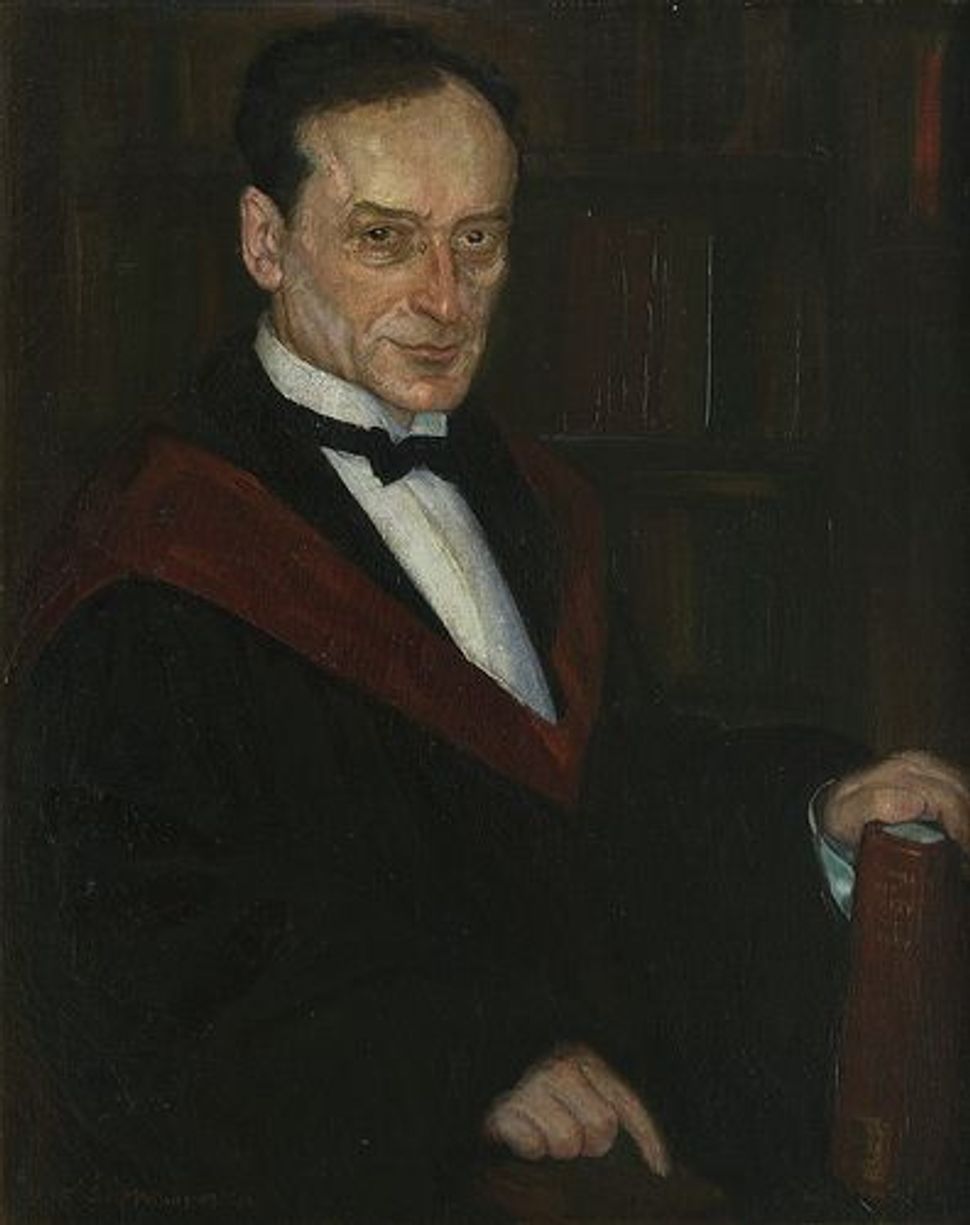 Almost every institution of learning can boast legendary teachers, and “Reflections of a Wondering Jew,” recently reprinted by Transaction Publishers, shows that City College professor Morris Raphael Cohen, who died in 1947, is one such legend.

Cohen’s 1950 posthumously compiled collection of articles displays the philosophy professor and legal theorist at his most informal and charming. Born in 1880 in Minsk, Belarus, Cohen earned a Harvard PhD in philosophy, but as a Jew, he could only find a job teaching mathematics in 1906. Not until 1912 was Cohen appointed to CCNY’s philosophy department, in what his daughter Leonora Cohen Rosenfield later called “for a Jew, a precedent-shattering event.”

Cohen stayed at City College until 1938, producing key texts such as “A Preface to Logic,” reprinted in the 1970s by Dover Publications and “An Introduction to Logic and Scientific Method,” available from Hackett Publishing.

In “Reflections of a Wondering Jew” Cohen slates Freud’s 1939 “Moses and Monotheism” as a “work which has so little solid foundation,” adding in professorial fashion: “The facts of history refuse to fit into any simple preconceived hypothesis no matter how plausible or intriguing.”

In 1940, Cohen reviewed a volume of academic articles published in honor of the eccentric apostate Paul Philip Levertoff (born Feivel Levtov, the father of poet Denise Levertov). Cohen dismissed the notion expressed by a colleague of Levertoff’s, that Europe’s Jews were suffering because of “their hatred for the countries that have ravaged them.” On the contrary, Cohen asked rhetorically, “Have not Jews given their life’s work and their very blood for the benefit of countries like Russia and Germany which persecuted them?”

Cohen reserved his harshest dismissal for “The Answer: The Jew And The World, Past, Present And Future,” a 1939 tome by Ludwig Lewisohn which he called “contemptible” for, at a time of “misfortune” for German Jewry, pouring “scorn upon them,” with a “humorless and rigid sense of self-importance that is so often found in [Lewisohn’] native Prussia.”

More positively, in a 1938 speech about Yiddish, Cohen pays tribute to Mendele Moykher Sforim and singles out Abraham Cahan’s writings for the Arbeiter Zeitung (Workers’ News) for special praise. A feisty polemicist with fierce loyalties, Cohen is indeed a writer to remember.

A ‘Wondering Jew’ at City College