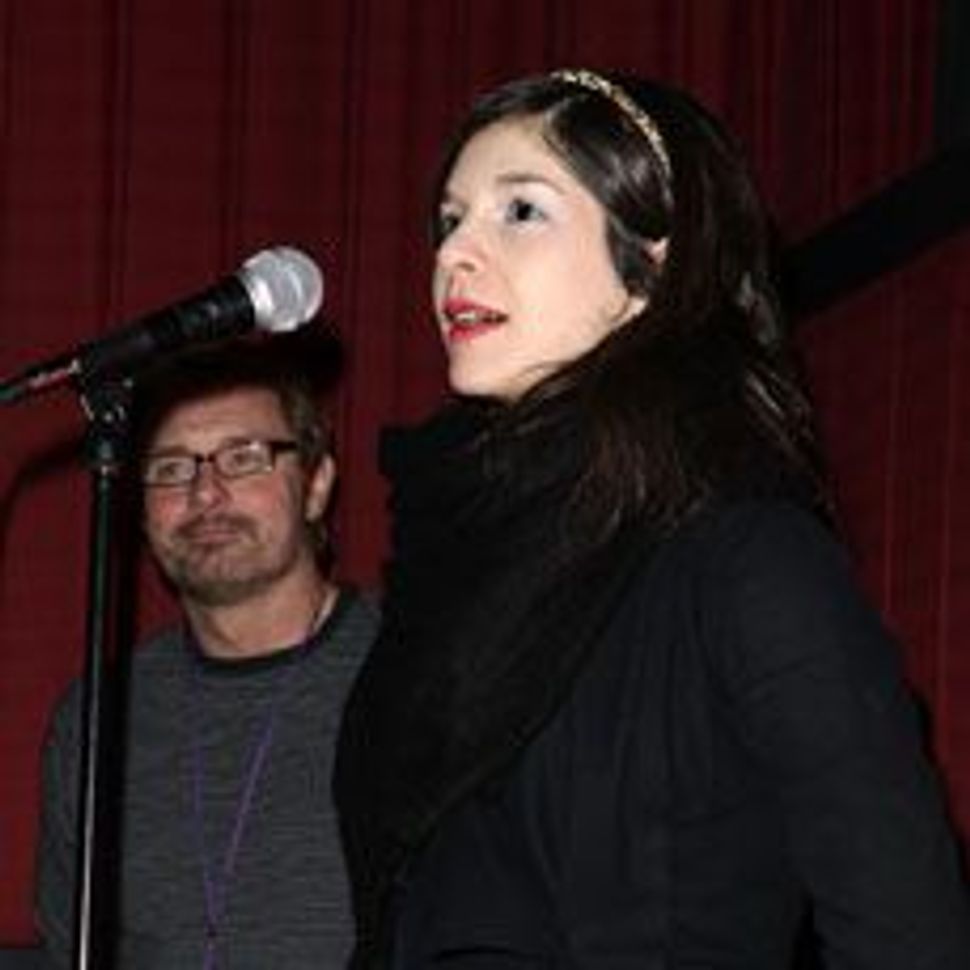 Yael Hersonski at the Sundance Festival in January, 2010.

In May 1942, around three months before some 300,000 Jews were sent from the Warsaw Ghetto to Treblinka, Nazi filmmakers shot 62 minutes of propaganda footage intended to illustrate the inhumanity of their victims. Staged scenes showed rich Jews living in luxurious indifference to the poverty and death around them, purportedly demonstrating their callousness, even toward their own people.

Chances are you’ve seen this footage, though not in its entirety. One of the only film documents to emerge from the Holocaust, bits and pieces of it have been used in nearly every Holocaust documentary ever made. But only recently has a filmmaker undertaken to examine the footage as a whole, as well as the circumstances in which it was produced.

The result is “A Film Unfinished” by Israeli filmmaker Yael Hersonski, whose grandmother was herself an inhabitant of the Warsaw Ghetto. The film premiered at the Sundance Festival in January, and will open in New York on August 18 and Los Angeles on August 20. (Read the Forward’s review of the film here and an interview with Hersonski here). Recently, however, “A Film Unfinished” has received attention for a different reason.

After being submitted to the Motion Picture Association of America for a rating by its American distribution company, Oscilloscope Laboratories (co-founded by Beastie Boy Adam Yauch), the film received an R rating, meaning that it cannot be seen by minors under the age of 17 without being accompanied by a parent or guardian. On August 5 Oscilloscope appealed the rating, only to have it confirmed by a vote of 12 to 3. The Arty Semite talked to Hersonski about her reaction to the MPAA ruling and what it means for her film and its message.

Were you surprised by the MPAA’s decision, or did you think it might be a problem from the start?

The fact is that this is my first time encountering the MPAA and its system. When I first heard that the distribution company had submitted the film for the MPAA rating, I was happy that the distributors, like me, fully understood the value of this film, and I was convinced that the MPAA would know to appreciate it as well. So I was surprised to learn about [the rating], because it’s quite different from what we Israelis think we can show to our students. But they had another scale of priorities, I believe.

Why do you think it got the rating that it did?

Well I think something that is essentially in the nature of this film was missed. Because my intent was exactly not to leave these silent historical images of our own past to be misused by the next generations, but to speak out, maybe for the first time and maybe for the last time, about their great humanistic message. Because beneath the layers of propaganda, there is something that belongs to nothing but reality itself. And these images, unlike paper documents, will by their nature be something that will remain forever open to interpretation. And this film was done out of ethical questions about the way we use this kind of footage.

According to the MPAA the film was rated R because of “disturbing images of Holocaust atrocities including graphic nudity.” Why do you think these things should be dealt with more leniently?

No one argues that it is a light film to watch. It includes images of dead people and a short scene in which you see naked women, but the last context would be a sexual one, and it is not fiction, it is documentary. These things really happened, and I think it is our moral responsibility to educate our children to become viewers who practice ethical awareness and who can view their reality in a critical way. And I believe that teenagers at the age of 17 years old can do that.

What are the repercussions for the film as a result of this rating?

The amount of students who will be exposed to this film will be much less than it could have been. If you want to teach your children about reality not everything is pleasant and easily digestible. But if the MPAA thinks that children should not watch it without their parents accompanying them, that’s their point of view, and we accept it.

Do you think many teenagers will come see it with their parents when it opens in theaters?

I can only hope, but I don’t know.