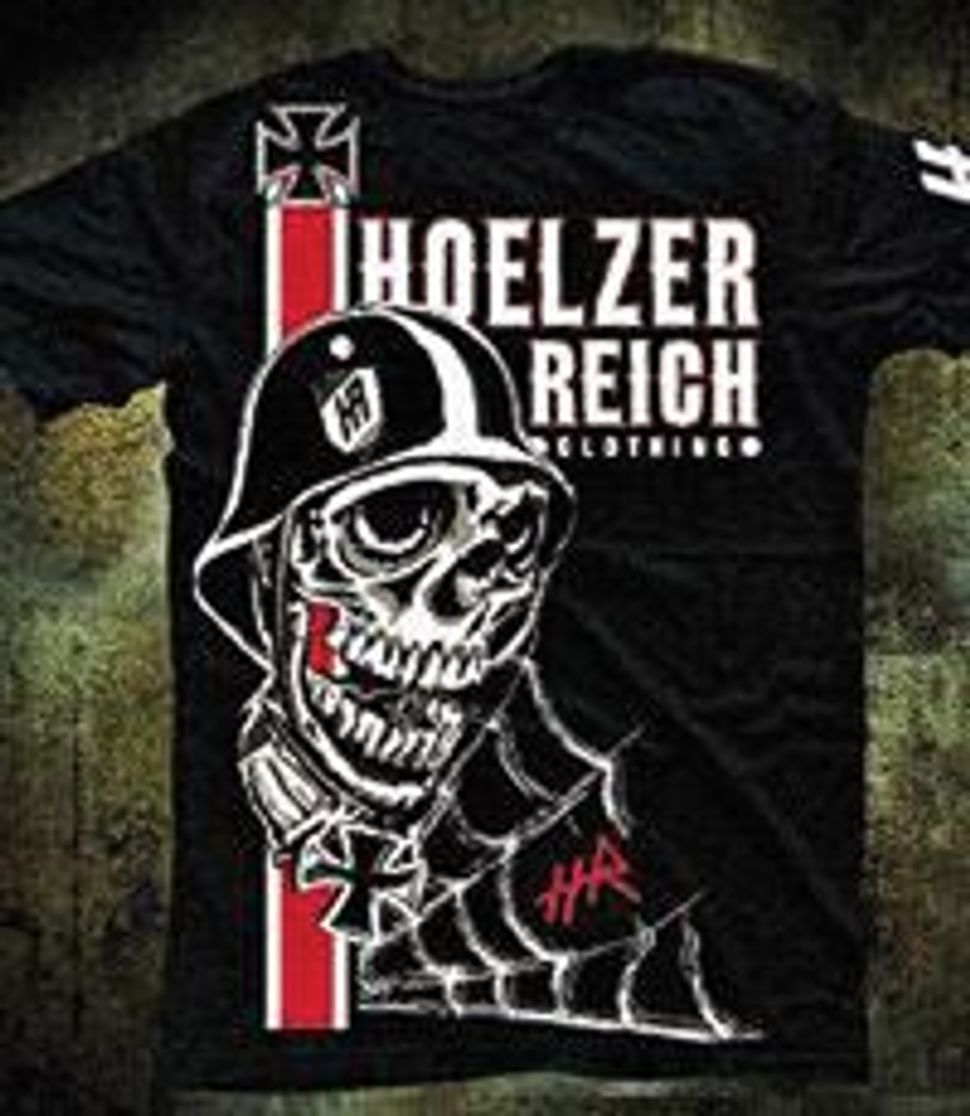 Unless you follow the violent competitions known as mixed martial arts, you may not have noticed the frequent appearances of iron crosses and Nazi imagery on athletes’ T-shirts or on official merchandise.

But the Southern Poverty Law Center reported in its fall 2010 newsletter that despite a ban by some “extreme sports” leagues, like the Ultimate Fighting Championship, “white-power”-wear is growing in popularity with young men who follow the fights.

SPLC reported that popular UFC champion Joe Brammer wore gear from Hoelzer Reich, one of the more notorious clothing purveyors, in a televised match last December; an online firestorm ensued. In a damage-control statement, Hoelzer Reich attempted a “Who knew?” defense, which was posted in an article on the Sourthern Poverty Law Center’s website:

“The imagery and symbols used in our clothing line were chosen and referenced from several German and Prussian Military themes, based on our interest of WW1 and WW2 Germany.… We did not realize that the brief association some of the imagery had with Nazi Germany over 70 years ago would still be so sensitive to so many people. The bottom line is: we never meant to offend anyone. We do not support the Neo Nazi ‘cause,’ nor do we promote any racist ideologies.”

In fact, SPLC’s director, Mark Potok, said in an e-mail to the Forward, “when such clothing is shown on national television and at other well-attended events, I think it’s fair to say that it suggests that the Nazis weren’t so bad after all, and perhaps were even glorious defenders of their race. The most important point is probably that televised MMA events reach precisely that demographic that white supremacists and neo-Nazis are trying to reach — millions of young white men who are seen as potential recruits.” And who buy provocative T-shirts.

“Hoelzer Reich sells products that particularly appeal to young white men who see themselves as tough and street savvy. That is the very same demographic that MMA and related kinds of extreme sports appeal to,” Potok said.

And while he says that SPLC applauds the zero-tolerance policy touted by the UFC and World Extreme Cagefighting, “the same can’t be said for Hoelzer Reich, which claims to have nothing to do with neo-Nazism but continues to support certain white supremacists and to sell clothing with phrases like, ‘The Fourth Reich has begun.’”

The organization behind UFC did not return the Forward’s request for comment.