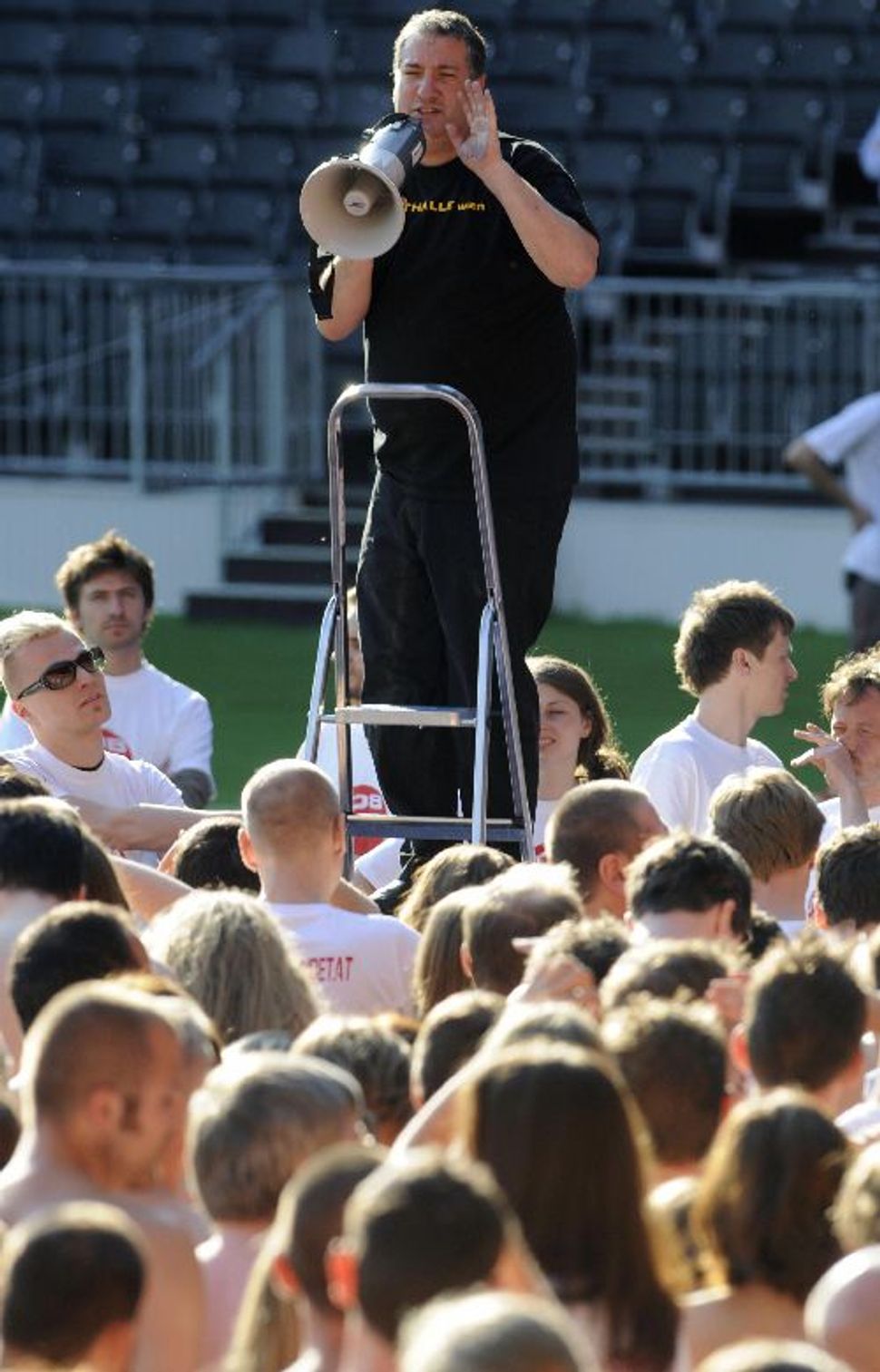 Are the people of Israel truly modern and progressive Israelis are about to undergo the ultimate test: Will thousands of them willingly gather at one of the country’s best-known sites, remove all their clothing and smile for the camera?

Spencer Tunick, an internationally renowned Jewish photographer, has made a name for himself by rounding up huge crowds in locations all over the world, where subjects pose together wearing nothing at all. In 2007, in Mexico City, he shot a mob composed of a record 18,000 nude people, and his most recent project featured more than 5,000 nude Australians standing uncomfortably close together around the Sydney Opera House.

On August 16, Ynetnews and The Jerusalem Post reported that Tunick is planning another big project — this time, in Israel. Reports in March had suggested that the shoot might be in Tel Aviv, but Shlomit Yarkoni of Ben-Or Consulting, which is assisting with fundraising, told the Forward that the city site was dropped because of high costs. The new site, the Dead Sea, is hardly a bargain: Event producers are aiming to raise $150,000 so that the shoot can happen in April 2011.

Ultimately, the team settled on the Dead Sea for environmental reasons: According to an announcement put out by Ben-Or, Tunick — who has been involved with Greenpeace and did one shoot on a glacier — “has expressed concern for this natural wonder and is interested in raising awareness of its condition through his art.”

At press time, Tunick and his crew were off to France, but the photographer’s website offered some insight into how he sees his work: “The individuals en masse, without their clothing, grouped together metamorphose into a new shape…. These grouped masses which do not underscore sexuality become abstractions that challenge or reconfigure one’s views of nudity and privacy.”

So here’s some advice for the naked masses who will soon descend on the Dead Sea in the name of art: Check your body for cuts — the salt burns.