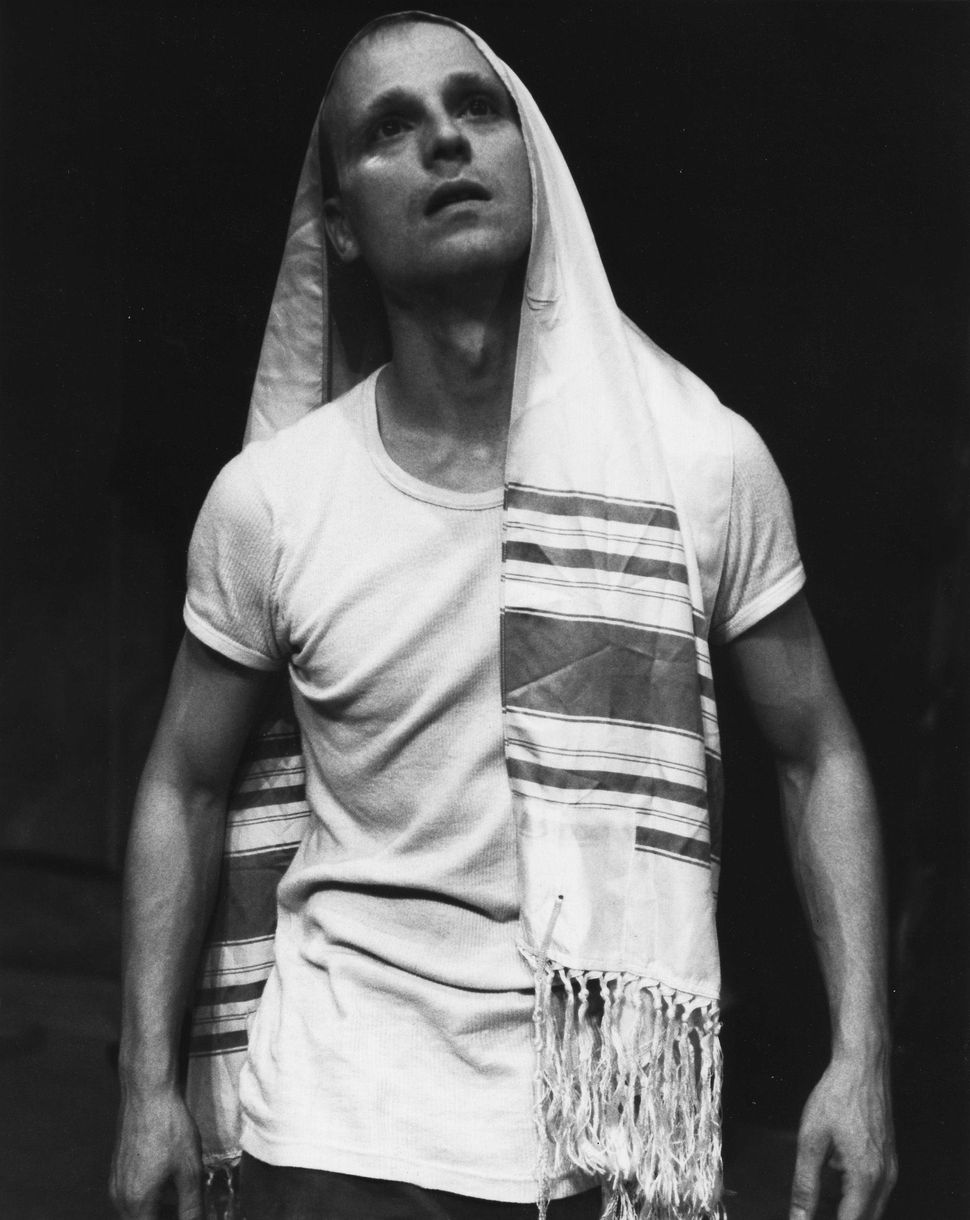 It’s a pretty familiar theme — the Jew as a perpetual wanderer, forever a foreigner, friendless and reviled by all. Is there anyone else so existentially homeless, utterly without place on the planet as the Jew? Who, besides the Jew, is so intolerable to his host that he becomes the target of violent threats, which necessarily culminate in expulsion and annihilation?

While it’s difficult to draw parallels, perhaps there is a fitting metaphor for the quintessential placelessness of the Jew. It exists in the world of Jewish folklore, and has inspired numerous artists, most famously S. An-ski, author of “The Dybbuk.” Indeed, it is the dybbuk itself, that possessing, parasitic spirit, believed to be the dislocated soul of one who died too young, loathed by the living person whose body it invades. The dybbuk has no true home on Earth, which is why it must invade the body of another, and its presence evokes only wrath and disgust. To relieve the person taken hostage by this wandering spirit, the dybbuk is threatened and ultimately exorcised.

This somewhat intriguing metaphor surfaces throughout Julia Pascal’s rendition of An-ski’s play, also titled “The Dybbuk,” which is now playing for the first time in the U.S. as part of the Dream Up Festival at the Theater for the New City. Alas, little else about this play excites the imagination, or provokes serious thought.

Pascal’s drama begins with a Jewish woman in Germany who complains about the lack of young Jews on the streets of Berlin. It is, she says, as if “Hitler won,” a cheap phrase that becomes even more trite through repetition. The woman talks of being haunted by the spirits of her deceased family members, murdered during the Holocaust — which seems rather forced.

From present-day Berlin the play transitions to a ghetto, where five people spend their final day before deportation to Auschwitz. These, presumably, are the souls of the dead that haunt the young woman, and as they await their deaths the five prisoners paint wishful fantasies about their futures, or imagine that they are about to awaken from an awful nightmare.

They are tortured by hunger and by their last memories of family and friends now presumed dead. Again and again they ask themselves why they are here, but what might have been an earnest quest to reckon with Jewish identity is rendered trite through painfully simplistic questions that reflect an utter lack of imagination: One woman is only half-Jewish, as she incessantly repeats, annoying the others; another was raised by Jews who thought themselves good Protestants; a third wonders what makes one Jewish if one does not believe in a God.

While the five actors bring real skill to the stage, their talents seem wasted on this poorly thought-out script. When the group begins to argue about the merits of the Talmud versus those of the Kabbalah, they do so in the most simplistic of terms. The Talmud, one says, “keeps us grounded” while the Kabbalah feeds the imagination. What’s new? And, in the midst of it all, the group puts on a play about a dybbuk that possesses a young Hasidic girl.

One wonders whether Pascal’s “The Dybbuk,” originally produced in England and performed across Europe, is simply out of its element in New York City, where Judaism is so much a part of the culture of ideas. Here, questions of Jewish identity, anti-Semitism, myth, spirituality and religion are the very fabric out of which culture is created and re-created, and ideas must continually evolve if they are not to become stale.

Or perhaps this is simply a play that has failed to live up to the challenge it set for itself — recreating one of the greatest masterpieces of 20th century Jewish drama.