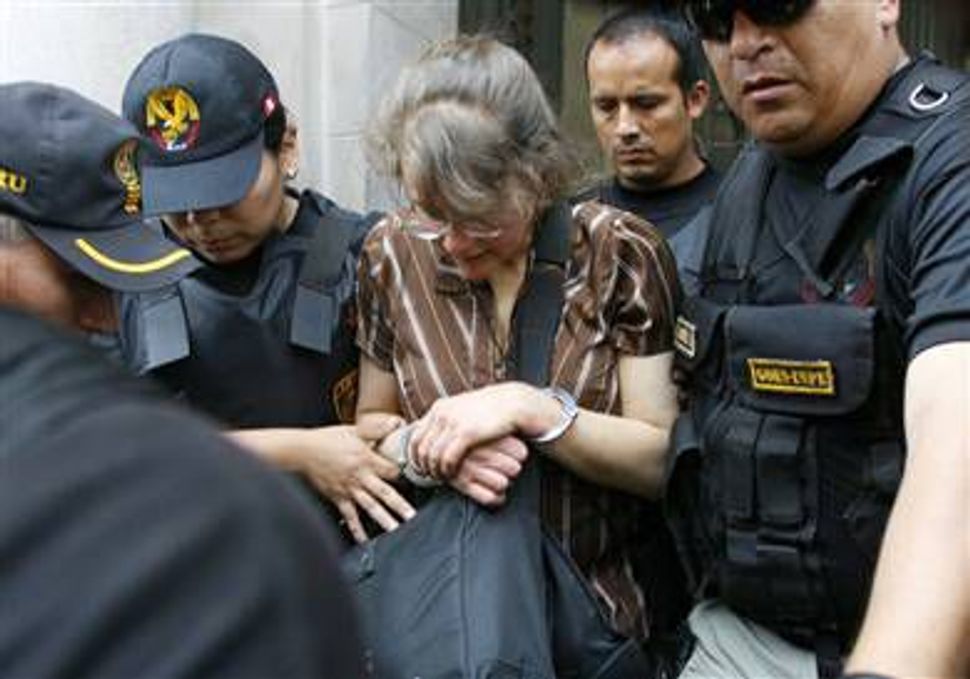 The New York Times reported today that Berenson, who had served 14 and half years (of a 20-year sentence), turned herself in to authorities. Berenson’s May parole agreement required her to stay in Peru. She had been living in a wealthy Lima suburb with her infant son – who was born in prison – and working as a baker.

Berenson was arrested in 1995 for participating in terrorist activities with Peru’s notorious Túpac Amaru Revolutionary Movement. She claims she never took part in violence and was remorseful at her initial hearing.

“If my participation contributed to societal violence I am very sorry for this,” she said at the time.

It’s unclear what spurred the Peruvian court to reverse Berenson’s parole. The court says “there were discrepancies in the addresses [she] had provided for her planned residence.” But the Times article also hints at Berenson’s symbolic significance as a rebel in a war that took thousands of lives in the 1980s and 1990s.

“Berenson was sent to prison for 20 years and she only served 14 years, five months and 25 days,” said Luis Marill del Águila, a Justice Ministry official. “She hasn’t even served three-fourths of her sentence.”

According to Berenson’s lawyer and husband, Aníbal Apari, also an ex-rebel, she will return to prison with her son.