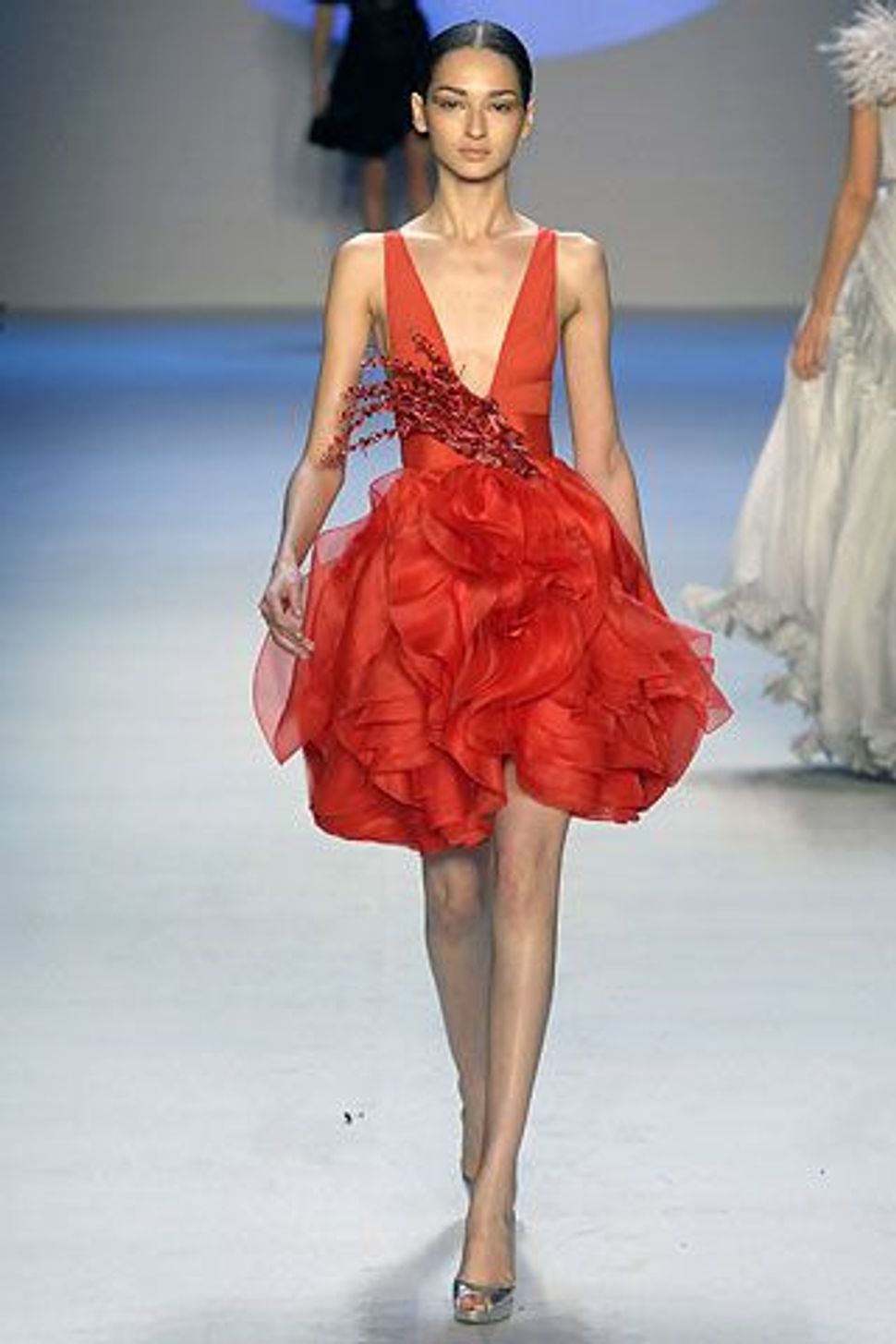 As many can attest, going to synagogue isn’t as easy as putting on a rumpled shirt and tie or throwing on the same dress as the previous week. For better or worse, what you wear to shul is often a fashion statement.

And as the High Holidays roll in this September, perhaps no group acknowledges the inextricable link between clothes and services better than Chabad.

Chabad of the West 60s, in Manhattan, announced yesterday it will host free Rosh Hashanah and Yom Kippur services in support of New York’s Fashion Week. But there’s a catch. Chabad wants you to ring in the year 5771 buy purchasing some Vera Wang or Michael Kors.

“Many Jews may be conflicted between synagogue and Fashion Week,” Rabbi Yehuda Lipsker of Chabad of the West 60s said in a statement. “We are offering free Rosh Hashanah and Yom Kippur tickets to anyone attending services at our synagogue this year, and asking only that they use what they would have spent to buy fashion to support New York’s economy.”

And if no shul-goers buy any clothes, at least services will contain special prayers for Jewish designers, like Zac Posen and Isaac Mizrahi, according to Chabad’s statement.