Farewell to Roy Pinney, the Most Interesting Jew in New York 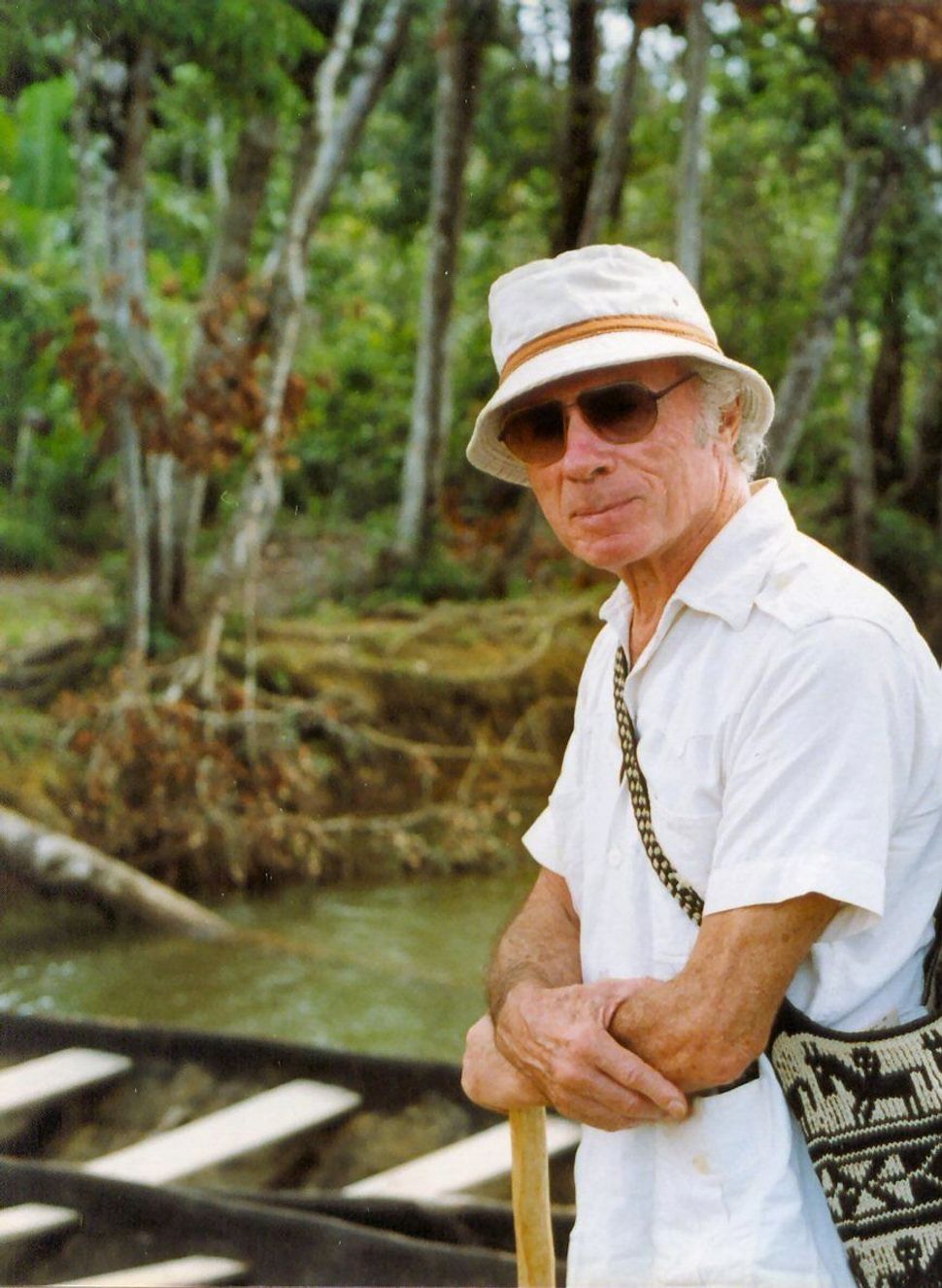 Pinney, who passed away on August 9 at the age of 98, was a photographer, war correspondent and devoted herpetologist. The son of Jewish immigrants from Galicia, Pinney became a photographer when he went on an expedition with the University of Oxford to what was then British Guiana, now the country of Guyana.

As The New York Times described the trip in an August 21 obituary:

At 17, he was living with natives in the South American jungle and, like them, wore a loincloth, got traditional tattoos, ate monkey and danced with the gods. He fell in love with a beautiful young woman, Mina, who reciprocated. They married. She soon died of malaria, and the young man pondered suicide.

Instead of killing himself, however, Pinney “became a nationally acclaimed baby photographer, wrote two dozen books on subjects like caves and biblical animals, helped create the genre of television nature shows and survived to be one of the last journalists to have covered the Normandy invasion, in which he was wounded.”

Pinney was also a past president of the New York Herpetological Society and an avid collector of snakes, which he kept in his apartment. In a 1991 article, The New York Times described his Midtown residence as a “herpetological heaven…where most residents are involved with the theater in some way and haven’t a clue what’s going on down the hall.”

Farewell to Roy Pinney, the Most Interesting Jew in New York