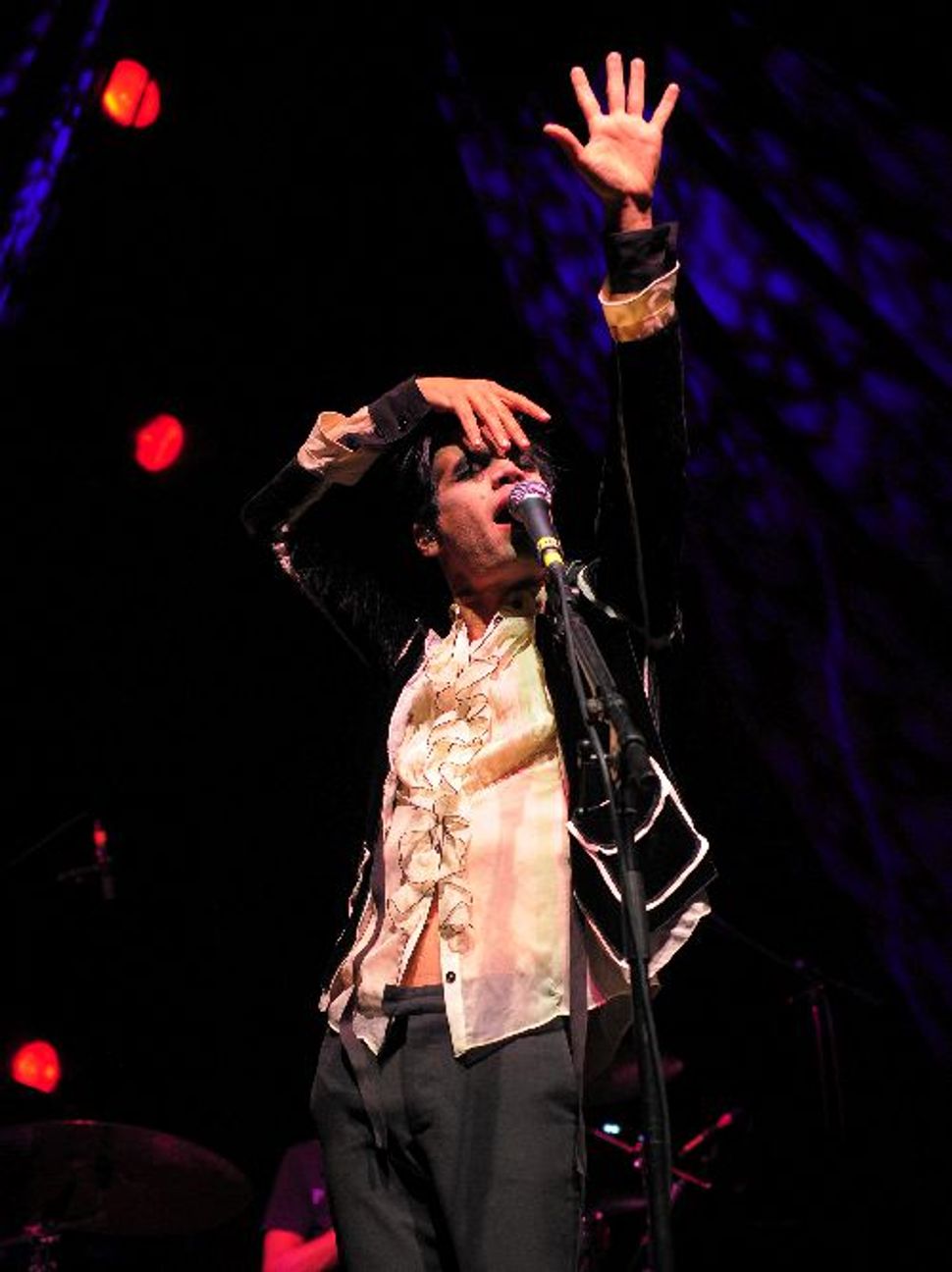 Aviv Geffen, one of Israel’s top-selling musicians, will open for the Irish megastar band U2 at its September 3 show in Greece, singing for an audience of up to 70,000 at the Olympic Stadium, in Athens. The performance marks a new level of international visibility for the singer, a star in Israel since his teen years and at times one of the country’s most controversial performers.

Now 37, Geffen has focused in recent years on building an international profile, releasing his first English-language album in 2009. Written and recorded mostly in England, the self-titled collection drew on the talents of such producers as Grammy-winner Trevor Horn, who previously worked with Paul McCartney and Tina Turner, and Ken Nelson, a three-time Grammy winner best known for his partnership with Coldplay. Geffen downplayed the announcement of his U2 gig on his website, describing himself simply as “proud,” and instructing fans on where to buy tickets.

As the warm-up act for U2, Geffen joins the ranks of American pop band OneRepublic, which will open for the group at many of its other European tour stops and has enjoyed radio ubiquity all summer with its recent single “Secrets.” Geffen will share the stage in Athens with fellow opening act Snow Patrol a band from Ireland that has sold millions of records, and will be followed later in the year by rap superstar Jay-Z, who will perform with U2 and its front man, Bono, at shows in Australia and New Zealand.

His reputation still growing outside Israel, Geffen long served as the enfant terrible of the Israeli music scene, inspiring controversy in the 1990s with his lyrics, political statements and androgynous style of dress. The singer has mellowed in recent years, with his website now noting that he “comfortably outsells Madonna, Coldplay and U2 in his home country.”

Even after watching his Athens show, Israelis are likely to view a 1995 performance in Tel Aviv as Geffen’s most significant. Then 22, the musician sang at a peace rally onstage with Yitzhak Rabin, minutes before the Israeli prime minister was assassinated.