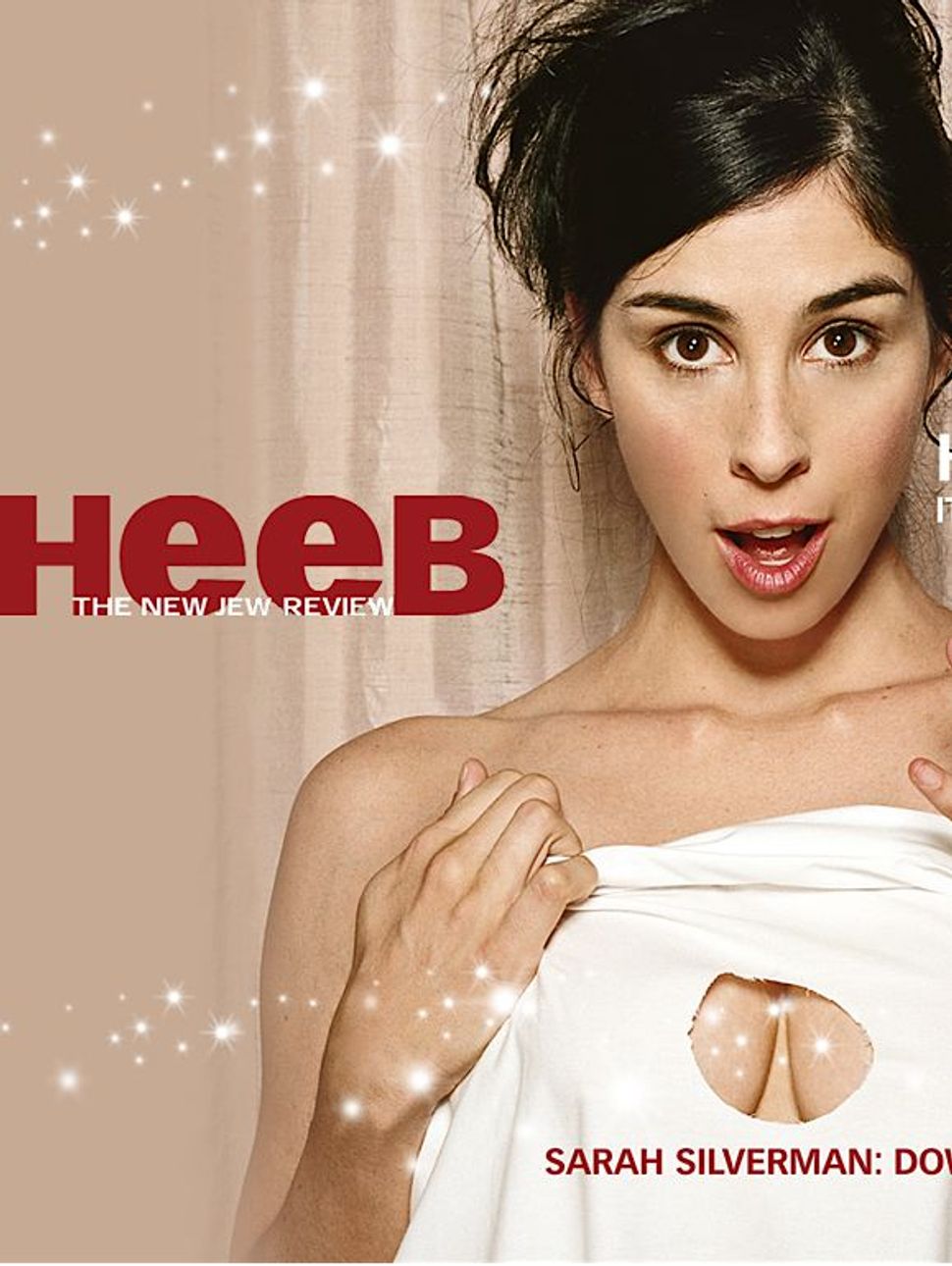 Another magazine bites the dust.

This time it’s Heeb, which announced today that it will move to an online-only format.

In a statement on its website titled “So Much for Controlling the Media,” Heeb’s publisher and editor-in-chief, Joshua Neuman, wrote:

I have some good news and some bad news.

The good news is that Heebmagazine.com will continue to provide trenchant analysis of world events, cultural critique of all that is Jewish and Goyish and countless photos of scantily-clad Israeli models. …

The bad news is that we are suspending the print edition of Heeb Magazine.

Heeb was launched in 2001 by Jennifer Bleyer. Its covers have featured comedian Sarah Silverman posing nude behind a sheet with a hole in it, Roseanne Barr dressed as Hitler baking “Jew” cookies, and Jonah Hill putting KY Jelly on his morning bagel.

Abraham Foxman, director of the Anti-Defamation League published a letter decrying its 2004 “Passion of the Christ” spoof as “blasphemous to both Christians and Jews.” A month later Jon Stewart on “The Daily Show” remarked that the magazine was “the best solution to international terrorism…For any international terrorist who turns himself in — a free lifetime subscription to Heeb.”

The magazine has been struggling in recent months, employing only one full-time editorial member and a group of interns, according to an article in the Wall street Journal.

Nonetheless, Heeb’s nearly decade-long run was a successful one for a niche magazine. Its last print issue had a circulation of 25,000, according the Journal, and many media outlets during the past nine years have sung it’s praises. In 2004, The Chicago Tribune named it “one of the best magazines in America.”

Neuman is quick to say that “we’re hardly just ’throwing in the shmatte.’” Heeb will still produce its annual Christmas Eve bash, Heebonism, in New York and California.

Well here’s to you, Heeb. Good luck and Godspeed.