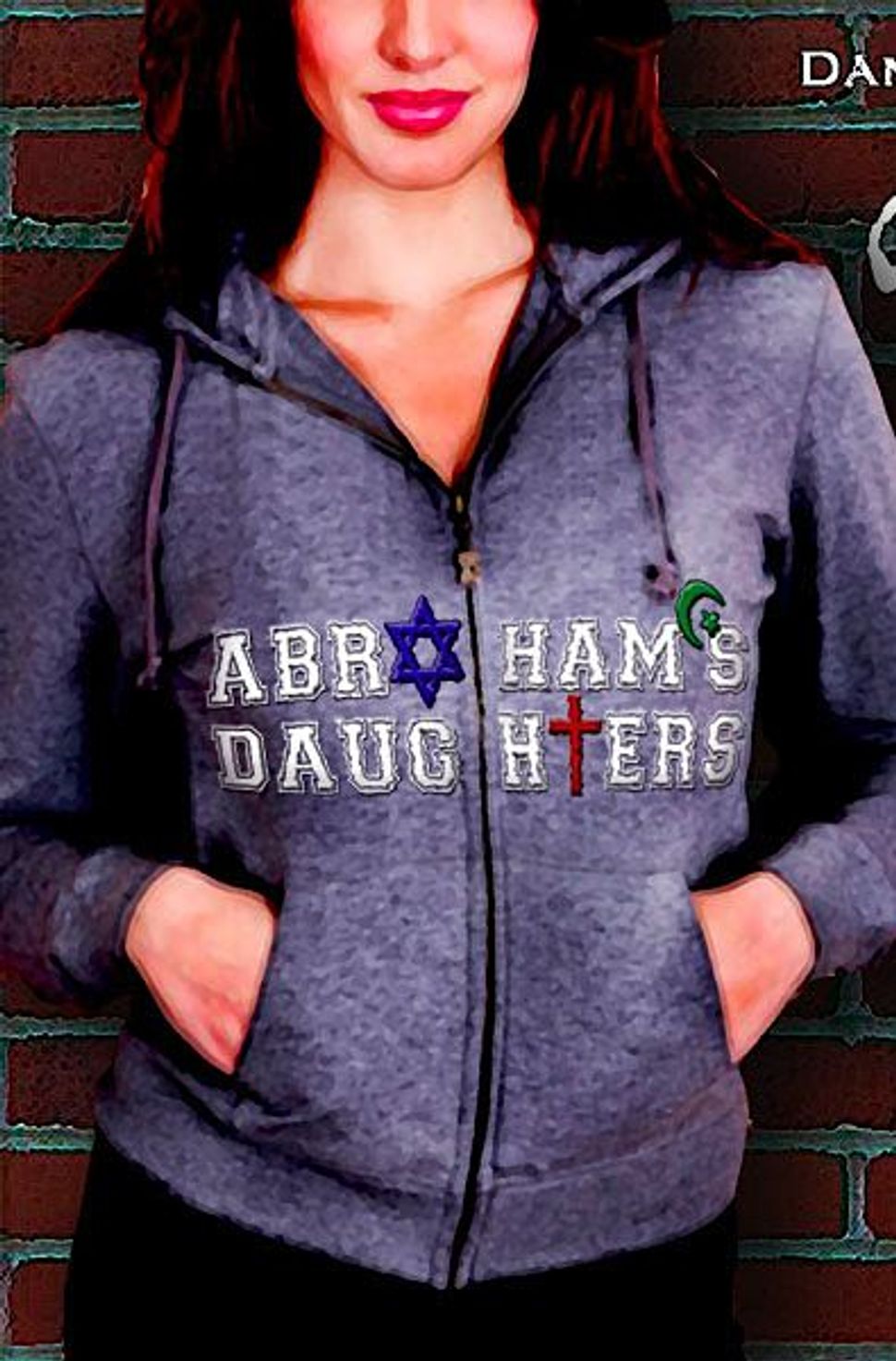 Yes, we were. And thanks to the Elissa Lerner’s play “Abraham’s Daughters,” which wrapped up its run at the New York Fringe Festival on August 28, all the memories of that hapless year came streaming back. This contemporary drama tells the story of three girls — one Jewish, one Christian, one Muslim — who become friends in college and must deal with their disparate faiths. Unfortunately, a weak script and lack of any real character development leaves these daughters of Abraham stranded in the desert.

On the first day of college we encounter Ranya (Dea Julien), Sarah (Rebecca LaChance) and Kate (Keely Flaherty) as they meet each other in the adjacent doorways of their dorm. Struck at once by Ranya’s hajib, Sarah, a Jew, begins with awkward questions about her religion. Enter Kate, the Christian from Charleston, who conforms to that common Southern stereotype of ignorance. “You guys don’t celebrate Easter?” she asks at one point. Perhaps it’s my progressive, 21st century way of thinking, but I find the idea of being shocked that there’s a Jewish girl across the hall far-fetched. By forcing this kind of ignorance on all three characters, any potential for discussion or debate becomes a labored affair, with bold statements about faith or understanding coming out of absolutely nowhere.

The play follows the girls through their entire freshman year as they all become strangely involved with the same boy, fight, make-up, and attempt to understand their own beliefs as well as each other’s. By setting the play in a college dorm, Lerner has simultaneously helped and hindered her story. On the one hand, we are forced to confront the immediacy of living with someone whose belief system doesn’t line up with one’s own. Of course, with college roommates, a “belief system” could mean anything from the divinity of Christ to how often it’s necessary to clean the toilet. Less positively, with its college-centric terminology and situations, the play becomes somewhat juvenile.

There is a story here somewhere, however. How do three friends, all raised in strong religious environments, handle themselves when they are given the freedom to practice their own kind of religion? There are no more parents, no more enforced dinners or celebrations or days of services. Holidays come and go with little recognition, head scarfs are removed, beer pong is played, marijuana is smoked, premarital sex is had. This is the struggle many young people face when they set out on their own. How much do you keep? How much can you put aside? Is it okay to pick and choose your favorite parts and leave the rest out when it’s convenient?

Indeed, the changes that come over the girls are much more compelling than their clashes with each other. The story and characters would have been better served if the play wasn’t such a mishmash of college dilemmas constantly being forced into a religious context. And after all is said and done, after Lerner explores all the differences between Christianity, Judaism and Islam, one key fact is never mentioned: these three girls are all trying to do right by the same God.