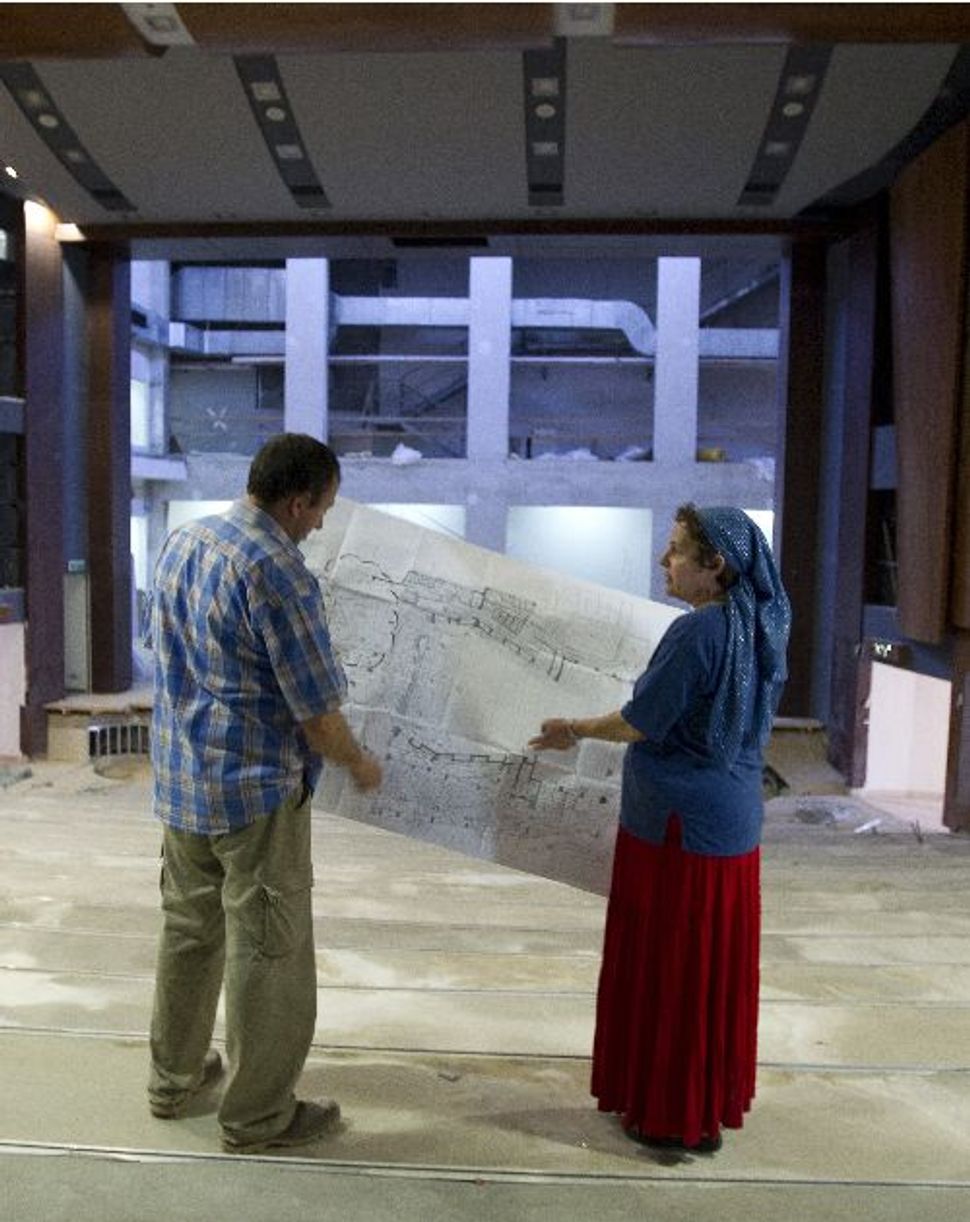 A new theater in the West Bank settlement of Ariel has become a center of controversy in Israel. Image by JACK GUEZ/AFP/Getty Images

With Mideast peace talks right around the corner, the last thing Israel wants is the extension of an economic and cultural boycott — especially one carried out, in part, by its own citizens.

In a signed letter sent to four major theater companies last week, over 50 Israeli actors and playwrights protested a decision to stage a series of performances in a new cultural center in Ariel, a West Bank settlement. Their position was seconded on Monday by another letter, signed by 150 Israeli authors and academics including A.B. Yehoshua, David Grossman and Amos Oz.

“We wish to express our disgust,” the artists wrote. “The actors among us hereby declare that we will refuse to perform in Ariel, as well as in any other settlement. We urge the board to hold their activity within the sovereign borders of the State of Israel within the Green Line.”

“We support the theater artists refusing to play in Ariel, express our appreciation of their public courage and thank them for bringing the debate on settlements back into the headlines,” the second letter added.

“Israel is the target of an international delegitimization campaign — the last thing the state needs to do is fund bodies that are promoting boycotts from within,” he said.

Some Israeli politicians responded to the letter by threatening economic penalties if the theaters — which, according to the New York Times, receive government money — fall in line with the boycott letter.

Despite the uproar, it seems as if productions in Ariel will go ahead as expected. “We will perform in any place where there are theater-loving Israelis, including the new cultural center in Ariel,” management for the theater companies said.