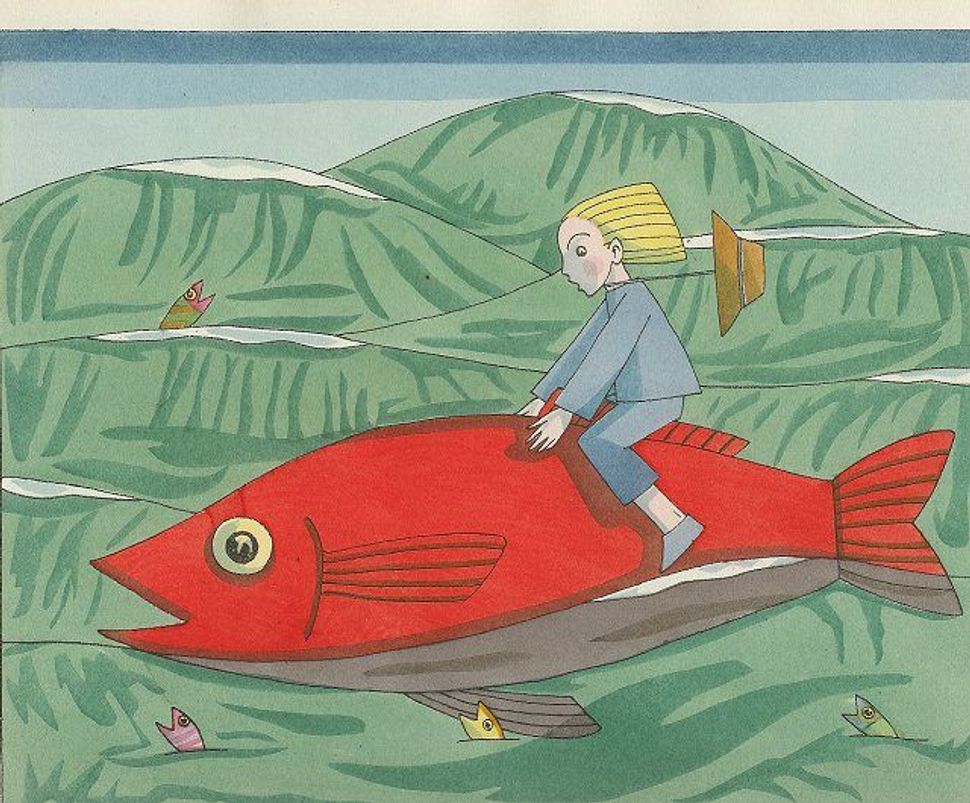 Just when you think you’ve seen it all, along comes a document or a song or a photograph or a book that greatly enlarges your frame of reference and ratchets up your appreciation for the cultural patrimony of the Jews.

This happened to me the other day when I came across Masa ha-dag, a children’s book of the 1920s that recounted in Hebrew the far-flung adventures of a fish (pictured).

One of the treasures of George Washington University’s Kiev Collection, it had what my grandmother would call, in Yiddish, ale mayles — all the right virtues or perquisites.

For one thing, the book was published in both Berlin and Jerusalem, underscoring the global reach of Jewish culture during the interwar years. For another, it boasted a sterling array of contributors: its Hebrew translator was Hayim Nachman Bialik, the preeminent Hebrew poet of his day, and its illustrator was Martha Seidmann-Freud, a leading Berlin book artist who preferred to go by the name ‘Tom,’ and whose uncle was none other than Sigmund Freud.

If that’s not enough to whet your appetite, there’s more: The book contains the most eye-catching, luscious illustrations I’ve seen in quite some time. Its palette of warm pinks and greens and yellows, much less its animated line drawings, puts you in mind of a time when all things seemed possible.