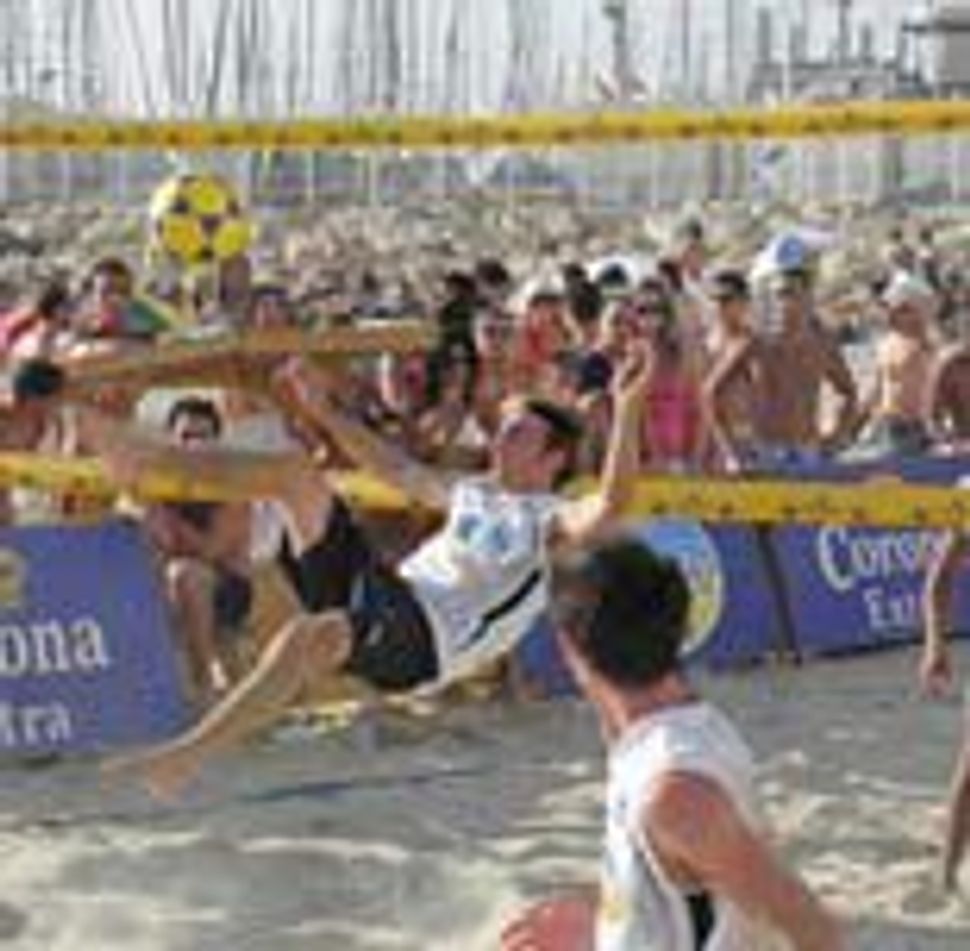 For years, Tel Aviv’s beaches have sought to capture a little Copacabana swagger, providing a hedonistic alternative to the more pious activities of nearby Jerusalem. Seven years ago, footvolley, a soccer-volleyball hybrid developed in Rio de Janeiro, first appeared on Tel Aviv’s Gordon Beach. Now, thanks to a former Israeli nightclub owner, the Brazilian sport is an Israeli beach fixture.

There are no hard statistics on the number of Israelis currently playing footvolley, but according to Zohar, its visibility on the beach speaks to the sports’ growing popularity. “It’s a dream come true,” he said. “Today when I run I see a court on every beach. They’re popping up before my eyes. There has been a big boom this season. I don’t have to explain what footvolley is to people anymore.”

To watch, footvolley looks a lot like two-on-two beach volleyball. The catch: players can’t use their hands. It’s a fluid, rhythmic game, but one that requires unfaltering athleticism. Zohar, who compares the sport to dancing, has played all over Israel and, in recent years, has played international tournaments.