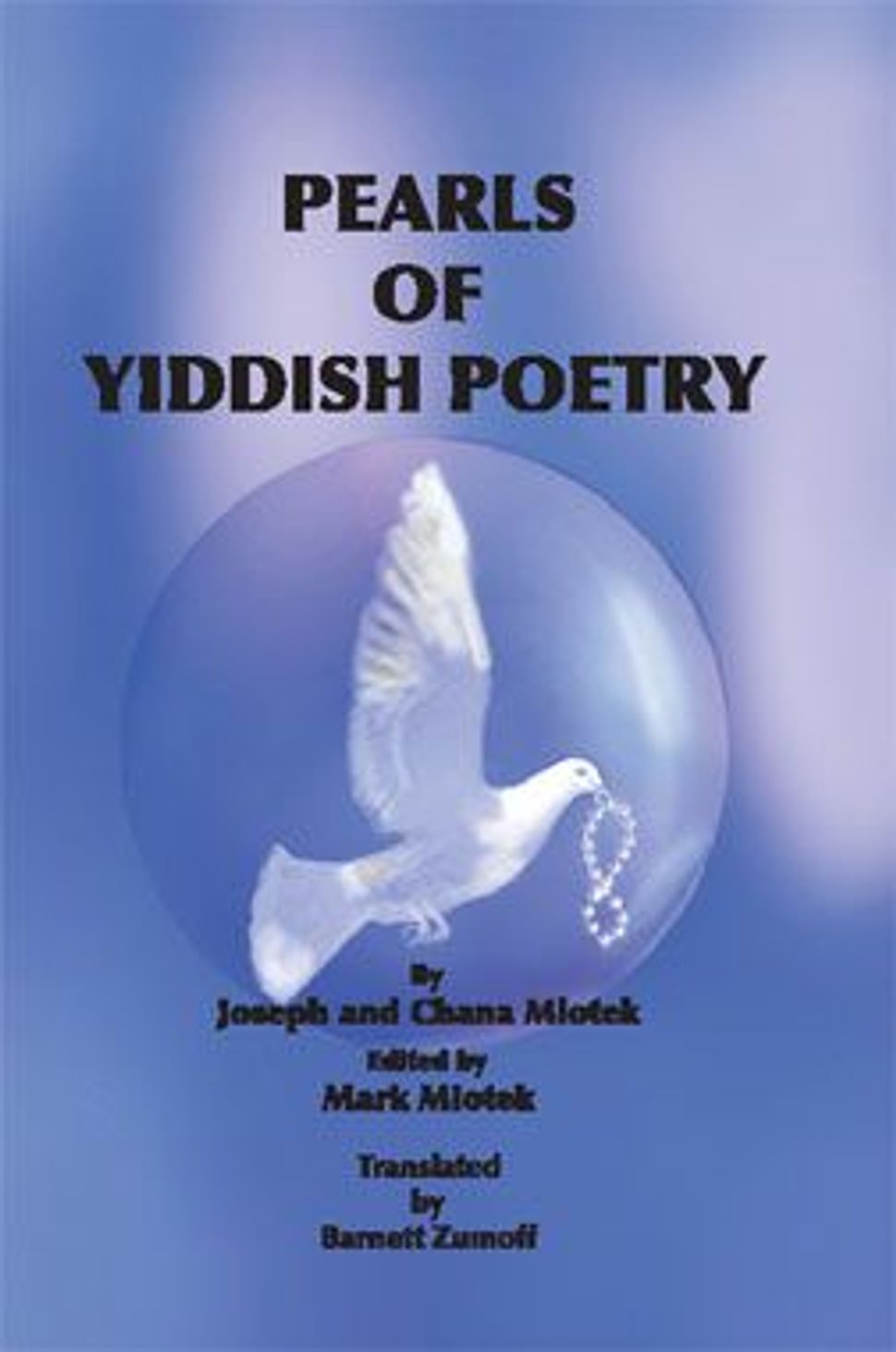 This collection of Yiddish poems, many of which were put to music, was culled from a long running column in the Forverts that began in the early 1970s, featuring submissions from readers who were trying to reconstruct entire poems from a fragment or a couple of stanzas. The column’s authors, Chana and Yosl Mlotek (also the authors of this book), challenged readers to respond to these quests, creating a conversation that brought to the table the voices of a diverse readership from around the country and the world. With the help of the Mloteks and the Forverts, readers could reconstruct these poems, identify their authors, and keep the names and works of Yiddish poets alive. The new, bilingual edition includes translations by Barnett Zumoff (who is also vice-president of the, and while not comprehensive, as the authors are careful to note, features additional articles about poets not included in the first edition.

Among the more familiar songs included in this book is “Rozhinkes Mit Mandlen” from the play “Shulamis” by Abraham Goldfaden, who was known as “father of the Yiddish theater.”

In the Holy Temple, off in a corner,
there sits Bas Tsiyon, the widow alone.
Rocking her only son, Yidele dearest,
she sings him a beautiful lullaby tone:
ay-lyu-lyu-lyu.

Under Yidele’s crib, so very small
stands the purest white kid, not very tall
The kid to the market’s now gone away —
you’ll make your living that way:
dealing raisns and almonds —
so sleep now, Yidele, sleep!

Another is “Oyfn Pripetshik” by M. M. Warshawsky. According to the book’s authors, “At one time, there was no place on earth where Jews of East European origin lived where the songs of M.M. Warshawsky were not sung.” Yet, as the authors go on to point out, hardly any of those singing his songs knew anything of their origins. Few could name Warshawsky as the author of their most beloved songs.

On the cozy hearth, there’s a lovely fire —
crackling flames we see,
and the rebbe’s teaching children lovingly
the Hebrew ABC

Listen children dear, and remember please,
what you learn today.
Say the alphabet, and say it once again —
start with the letter “a.”

Study children dear — put your heart in it;
listen carefully.
He who’s first to learn the Hebrew alphabet
gets a flag from me.

Other authors whose works appear in this book are Sholom Aleichem, Chaim Nachman Bialik, Abraham Liessin and I.L. Peretz. While the names of some others may be less immediately recognizable, all of them were respected poets in their day, and they all composed poems that would resonate with readers for many decades.

Zishe Landau, once the respected leader of the Di Yunge group, may not be on the top of anyone’s list of famous Yiddish poets today. But his poems, like the one excerpted below, and like so many in this book, nevertheless seem so very familiar.

For Our Destroyed Jewish Life

For the Jewish life we had, now destroyed,
I fall and pray for Your gnod!
I weep for our mother, Vilna,
for Kolomej and for Brod,

for Warsaw, Kovno, Kalish and Lemberg,
for cities large and small ones too,
for all the enemy’s destroyed so far
and the destruction to ensue

for every dirty Jewish alley, for every store I cry and mourn
for every bar and pawnshop and tavern
for every measure falsely sworn…