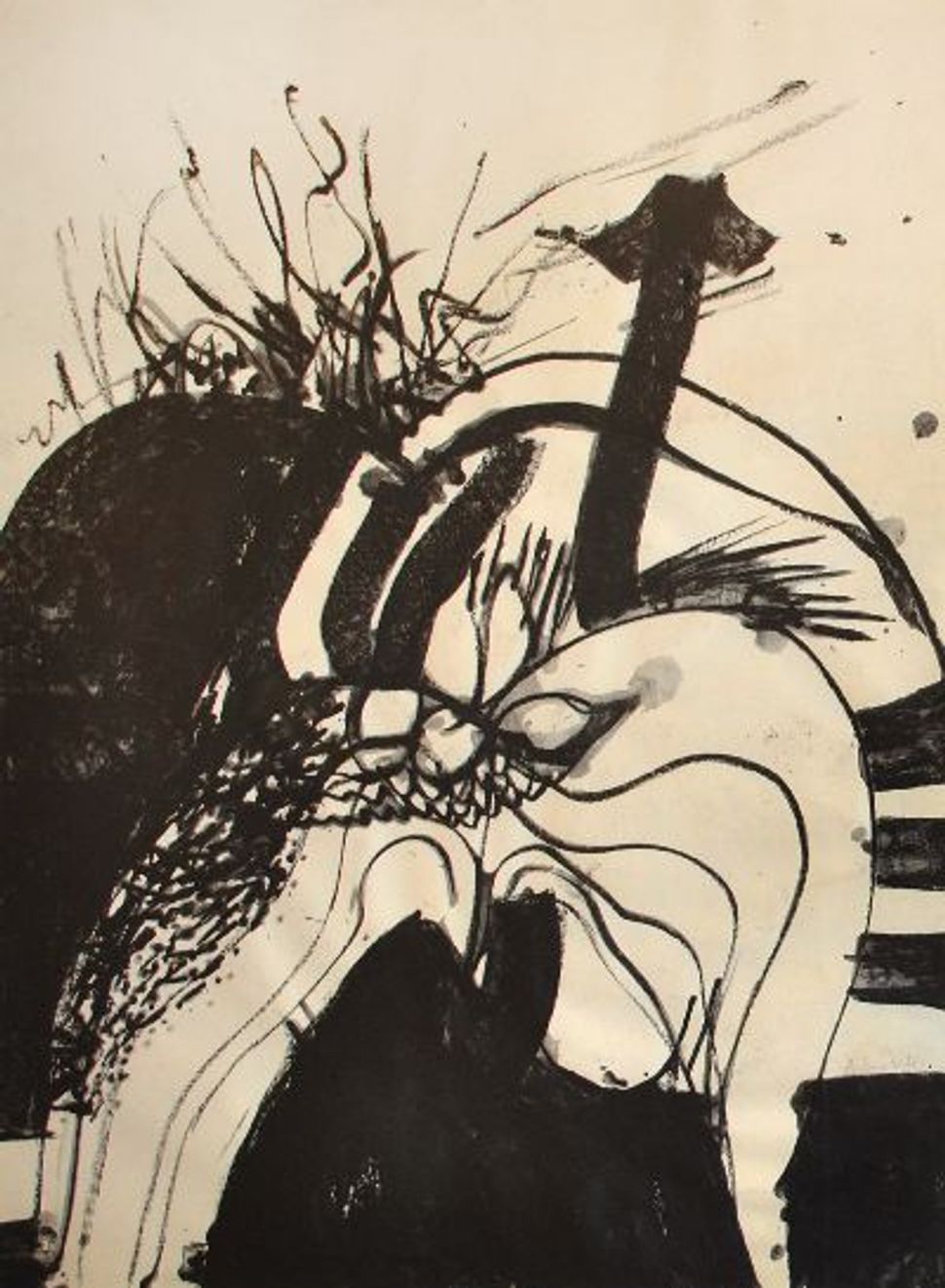 The political charge of Wilke’s career isn’t immediately apparent from the work in “Early Drawings,” an exhibit on view until October 30 at the Ronald Feldman Gallery, but it is present. (Several of Wilke’s pieces are also included in the “Shifting the Gaze: Painting and Feminism” exhibit, currently on view at the Jewish Museum.) Viewers entering the show, which highlights Wilke’s drawing from the 1960s and ‘70s, are met with several walls of collage work and line drawings — muted geometric designs that emanate from cutout pictures of puppies and saints. Some of these are clearly tongue-in-cheek; in one series, canvases are carved up into light pastel patterns set against retro imagery. Others, like “Stanley Landsman,” a photo homage to the light and glass sculptor, and “This Was Once My Mother’s Plate,” a simple ghostly tracing, quietly incorporate Wilke’s personal history.

While the curators decided to put Wilke’s more accessible pieces in the front, walking into the back of the gallery reveals a parallel trend in her art. Darker, more primitive drawings are on display here, and the measured restraint of previous canvases gives way to sketches reminiscent of abstract expressionism and Anselm Kiefer, or in several instances, large hairy insects. These pieces stick to Wilke’s preferred themes — geometric patterns, suggestively anatomical shapes — but also experiment with them. The shapes here are bulkier and more menacing, deliberately masking the skill of composition behind the intensity of raw emotion.

The show is not organized chronologically (Wilke didn’t date or title most of the pieces), and the gallery’s second room is mostly given over to her crayon drawings. Many of these are childlike in form and sexual in content, overtly depicting the phalluses and free-floating body parts that are only hinted at in the beginning of the show. Opposite these drawings are three of the exhibition’s most stylistically incongruous pieces: “Crucifixion Complex” (1978), an alphabet soup of religiously-themed wordplay, flanked by two versions of “Left-Wing Angel,” an image of a winged woman (possibly the artist) that’s most striking for its realism.

These last three pieces, while markedly different from the rest of the drawings, establish the context for what I took to be the exhibit’s closing piece: “Criminal Fingerprint Record” (1977) — two photos of ink-stained fingers framed above an official government document. The form, which includes Wilke’s address and identifying information, jolts the viewer out of one kind of abstraction and confronts her with another, equally shocking exposure. After developing a familiarity with Wilke’s drawings, it’s to the curators’ credit that they allow her a final and unexpected word.