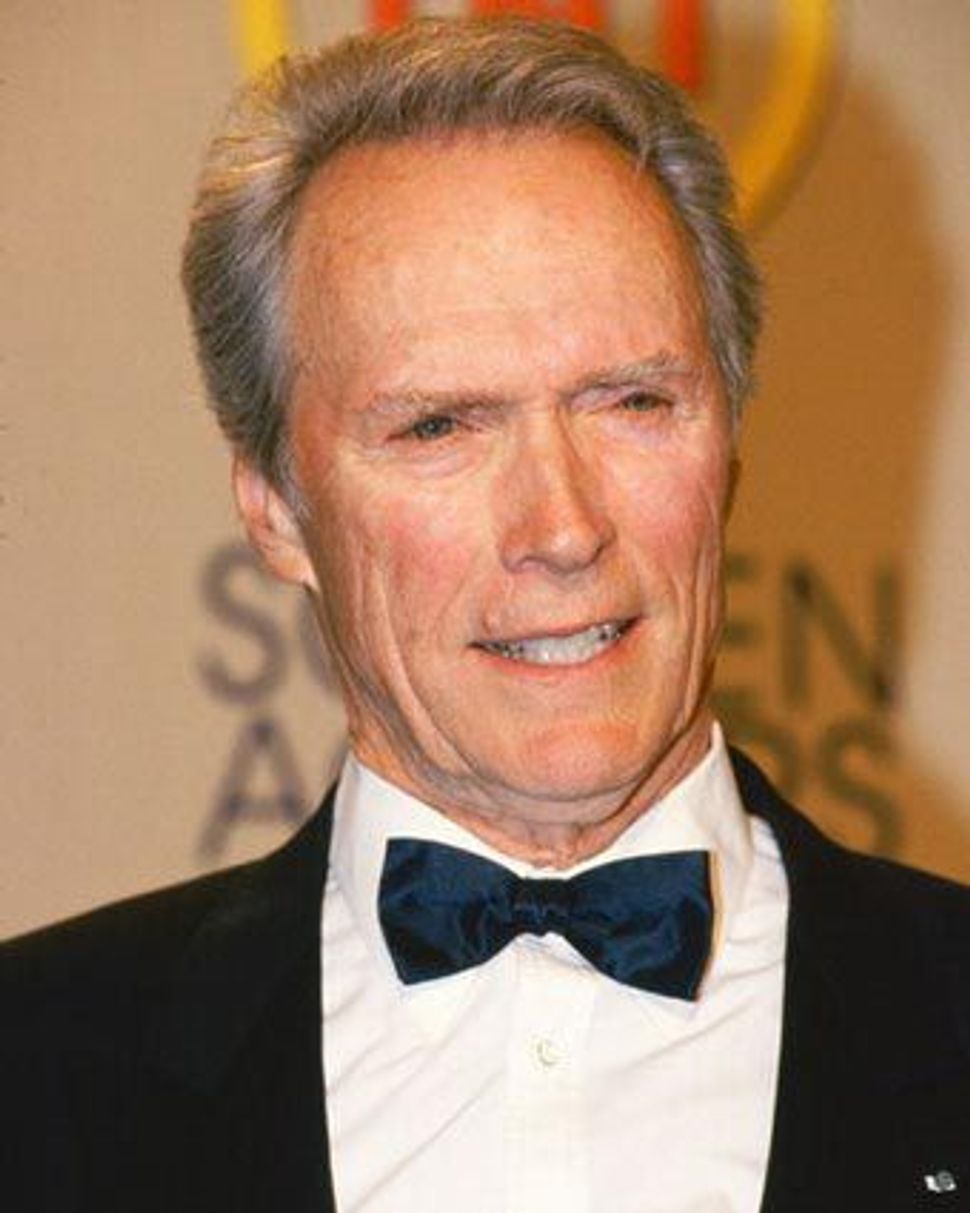 In the movies, Clint Eastwood’s cowboys, inspectors and emotionally wounded tough guys made him a cultural icon of American manhood. In real life, the Oscar winner will soon be honored for another role: bringing justice and tolerance to the big screen.

As “Dirty” Harry Callahan said, “Go ahead, make my day.”

In a press release, Rabbi Marvin Hier, founding director of the MOTIFF and founder and dean of the Simon Wiesenthal Center and the Museum of Tolerance (MOT), called Eastwood “a superb choice for this award, which celebrates those whose work shines a light on themes of acceptance, inclusion, tolerance and forgiveness.”

When it comes to Eastwood’s films — an impressive collection of shoot-em-ups, Westerns, political thrillers and more — the word “bad ass” may come to mind more often than “tolerance” or “human rights.” But his award-winning and critically acclaimed films also raise awareness about family struggles, violence and the enduring power of friendship, as in “Gran Torino,” “Mystic River” and “Million Dollar Baby.” “Invictus” is fraught with racial tensions while “Flags of Our Fathers” and “Letters from Iwo Jima” reveal the ravages of war.

As the MOTIFF website explains, the festival “seeks to explore human rights issues and prevent hatred and genocide through the medium of film.” This mission reflects the heart of the MOT. As the educational arm of the Simon Wiesenthal Center, the museum, which has hosted over 4 million people since it opened in 1993, promotes respect and understanding by educating the public about discrimination, the Holocaust and human rights. Last month, the Museum of Tolerance New York opened in Manhattan — and made headlines when the Wiesenthal Center’s executive director, Rabbi Meyer May, spoke out against the planned mosque and Islamic community center near Ground Zero.

MOTIFF films will appear at the museum’s three theaters, but the official lineup won’t be announced until next month. The festival is accepting submissions until September 20.