Why It’s Always Fun To Talk Judaism With Woody Allen 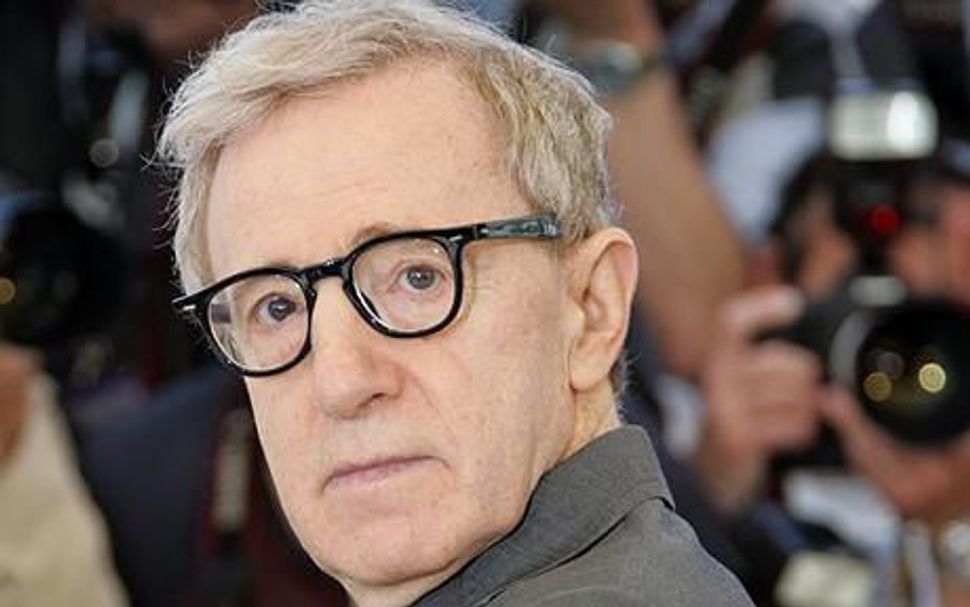 It’s no secret that Woody Allen has a deep disaffection for organized religion. And it definitely ain’t a secret that Judaism, the filmmaker’s born religion, is the most frequent target of his jokes.

(Here’s my personal favorite, from “Zelig”: “I’m 12 years old. I run into a synagogue. I ask the rabbi the meaning of life. He tells me the meaning of life but he tells it to me in Hebrew. I don’t understand Hebrew. Then he wants to charge me $600 for Hebrew lessons.)

So why even bring up Judaism, as the New York Times’ David Itzkoff did in an interview with Allen earlier this week? Well, because you get quips like these:

Itzkoff: Should I wish you a happy Jewish new year? Allen: No, no, no. [laughs] That’s for your people. I wish I could get with it. It would be a big help on those dark nights.

Allen, whose new film, “You Will Meet a Tall Dark Stranger,” is currently showing at the Toronto International Film Festival, expounded on a handful of his favorite topics, such as New York, aging and himself.

Itzkoff did get Allen to discuss faith, a concept that pops up in the movie — the Tall Dark Stranger in the title refers to Death. Naturally, in Allen’s eyes, it’s worthless.

“To me, there’s no real difference between a fortune teller or a fortune cookie and any of the organized religions,” he said. “They’re all equally valid or invalid, really.”

Why It’s Always Fun To Talk Judaism With Woody Allen