A ‘Kvetchy’ Take on Jewish Cartoons 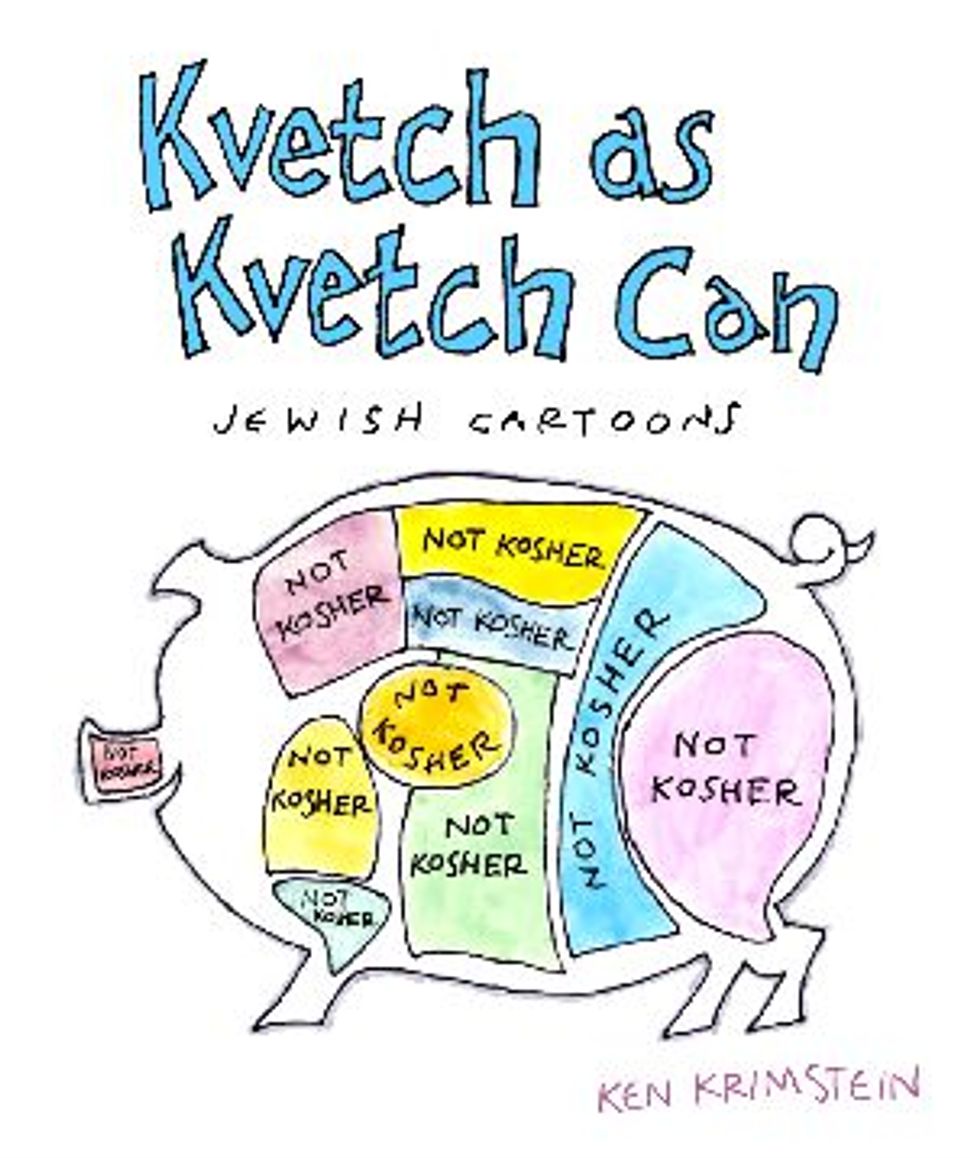 Imagine that the numbers on your watch have been replaced by a daunting list of words, including “obsess,” “worry,” “repress” and “panic.” Would you ever check the time again? I wouldn’t either, but cartoonist Ken Krimstein strikes at the heart of Jewish identity with this cartoon, which appears in his upcoming book, Kvetch as Kvetch Can (Clarkson Potter), due out October 5.

Krimstein, whose cartoons have been published in the New Yorker, Punch and the Wall Street Journal, brings a lighthearted, tender touch to Jewish culture. His mostly funny collection tackles food, identity, family, holidays, education and, of course, “the silent sledgehammer, the neutron bomb of child-rearing, GUILT,” as he writes in a short introduction. Bringing together traditional lore with modern preoccupations like JDate and Jewish geography, “Kvetch” is delightfully amusing when it’s not playing on overplayed puns.

Some of the best cartoons are those that don’t say anything at all. A Jewish man spots a bikini-clad woman at the beach and fantasizes about her wearing a modest head covering and long skirt. At a sports event, the top three winners stand on a podium while a fourth athlete stands next to them, celebrating his 127th place win with a grin and Star of David tank top. Krimstein’s commentaries on politics are also funny, like the bagel shop employee who recites the flavors of the day: “poppy, sesame, Jewish but not Jew-y, intermarried but spouse convert, totally lapsed, agnostic…” Still, a handful of cartoons miss the mark, including the one where a woman uses a forklift to carry an oversized matzo ball (tagline: “The matzo balls came out a little heavy”).

These cartoons are familiar precisely because the gags and yarns of Jewish culture are so familiar, and that’s generally a good thing. Readers of many ages and backgrounds will chuckle at Krimstein’s take on Jewish life, jewfros, overbearing mothers and all.

A ‘Kvetchy’ Take on Jewish Cartoons