Champion of the Jewish National Game 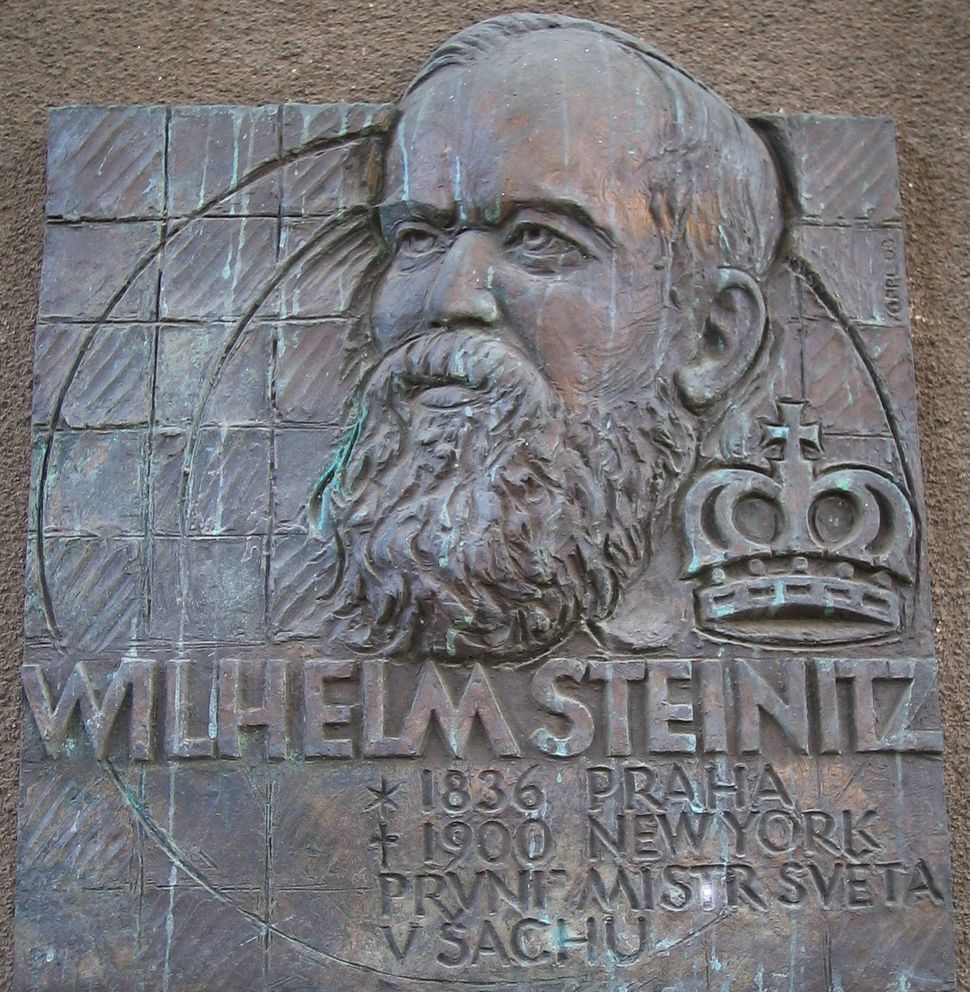 Chess has sometimes been termed “the Jewish National Game” due to the extraordinary number of great Jewish grandmasters. One such was Wilhelm Steinitz, who ranked as first undisputed world chess champion and who is the subject of “The Steinitz Papers: Letters and Documents of the First World Chess Champion” newly available from McFarland & Co. Publishers.

Born in Prague in 1836, Steinitz was champion from 1886 until he lost that title to Emanuel Lasker, another great Jewish player, in 1894. Steinitz attributed the mastery of Jews at chess to:

patience, pure breeding, and good nature. Having been the most persecuted race in the world, [Jews] have had the least power to do harm, and have become the best natured of all peoples.

These and similar reflections are to be found in “The Steinitz Papers” edited by Kurt Landsberger. It details how the champion, who moved to New York in 1883, fought anti-semitism wherever it appeared. In 1900, “The Baltimore Sunday News” printed a taunt from James Mason, an Irish-American chess player, who claimed that Steinitz “does not care whom he plays — though the weaker the better, especially if one of the chosen people.” To which Steinitz promptly replied: “The anti-semitic allusion to the ‘chosen people’ is evidently in very bad taste in a Chess column — especially an American one.”

Indeed, Steinitz regularly faced mighty Jewish players, including Johannes Zukertort, a 19th century master of German-Polish-Jewish origin. Although described by one contemporary as a “small, heavy, asthmatic, dwarf-like, crippled man [who] dragged himself on crutches,” Steinitz was nonetheless feisty, and when one chess publication referred to him as “Quasimodo,” he countered with a fierce screed, addressing its editor as “Dreckseele” (Filthy Mind).

Still admired for his innovative skills, Steinitz’s maxims are often quoted, such as: “A chess master has no more right to be ill than a general on the battlefield.” Yet Steinitz’s own health eventually declined, and he was repeatedly interned for mental illness before his death in 1900. Obituaries reported that Steinitz would place a silver box to his ear and claim to be carrying out conversations with friends overseas, which implied he was either insane or perhaps prefiguring the era of portable cell phones.

Foreseeing the future came naturally to Steinitz; his closest lifelong friend was the Austrian Jewish thinker and inventor Josef Popper-Lynkeus, whose 1886 study, “Prince Bismarck and anti-Semitism,” with which Steinitz heartily concurred, preceded Theodore Herzl in proposing the formation of a Jewish state to save Jews from anti-semitism. Even in history, Steinitz was thinking several steps ahead.

Watch an animation of a game between Steinitz and Curt von Bardeleben at Hastings, UK in 1895.

Watch another animated game played in Havana in 1892 between Steinitz and Mikhail Chigorin.

Champion of the Jewish National Game