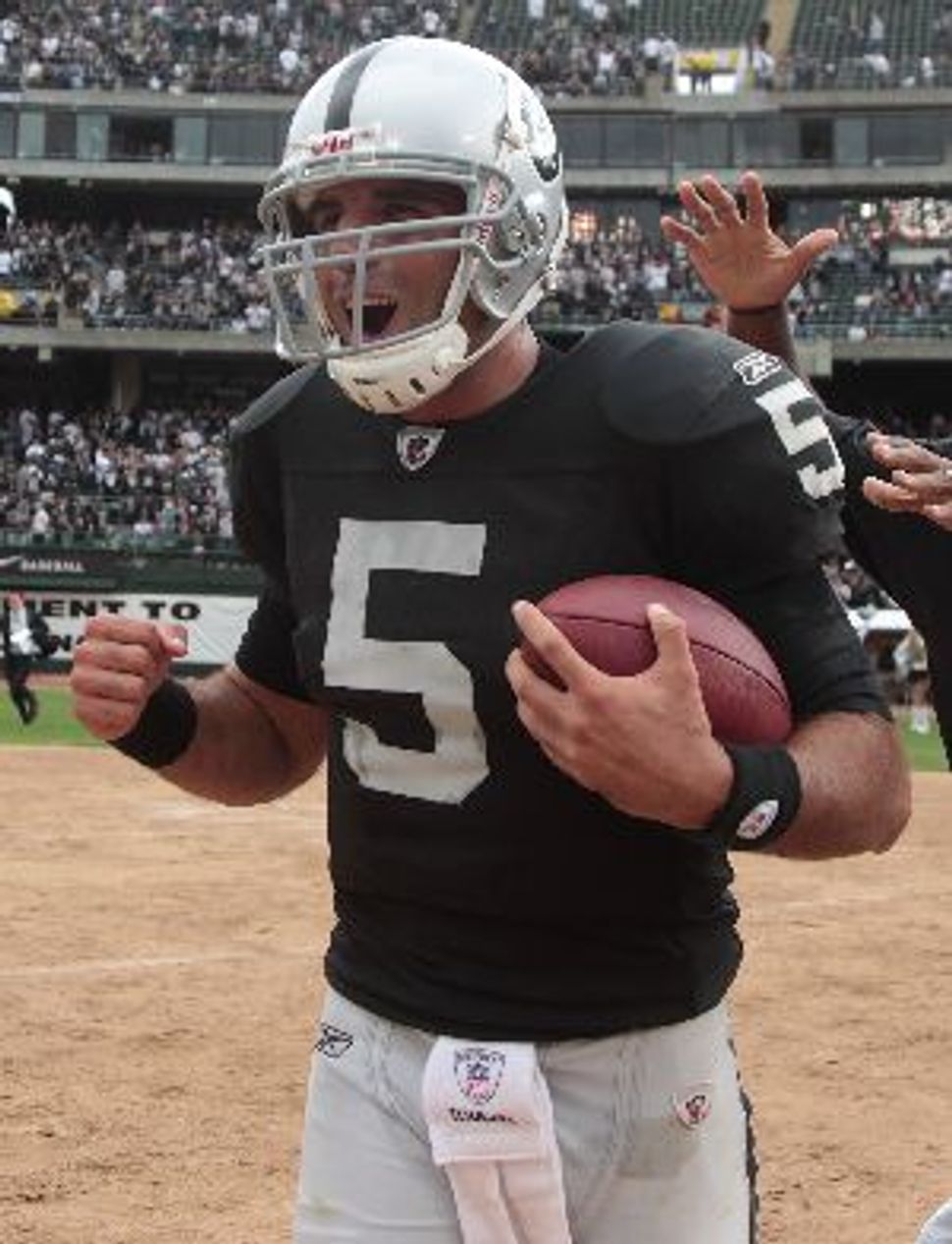 Hope swelled for a quick moment after the NFL’s Oakland Raiders named Bruce Gradkowski their starting quarterback earlier this week, just days after he led his team to a 16-14 comeback victory over the Arizona Cardinals. 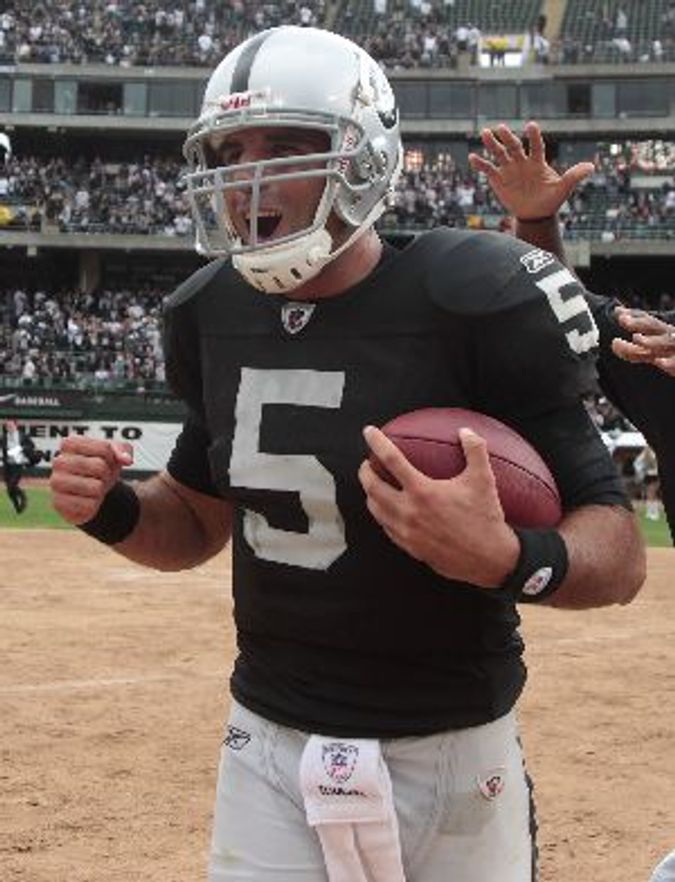 Why? Certainly not because of Gradkowski’s quarterback rating of 66 over an inconsistent 27-game career. No, it seemed for a second that Gradkowski would make that two — yes, two! — Jewish quarterbacks on an NFL roster. But it looks like Sage Rosenfels, who’s warming the bench for the New York Giants, remains the league’s lone Jewish field general.

Gradkowski isn’t Jewish; he’s of Italian and Polish descent, according to the Raiders’ publicity department. Since Gradkowski is a middling journeyman at best, maybe we just avoided a fumble.

A couple other Jewish sports stories have cropped up recently, and neither is particularly praiseworthy.

In May 2001, Galea, a born Catholic, mysteriously felt compelled to pack up and travel to Jerusalem. Since then, he’s fundraised and volunteered for the Sheba Medical Center in Tel Aviv. Last year, Galea sent then Raiders wide receiver Javon Walker to Israel for cartilage replacement surgery in his right knee. The procedure hasn’t received medical approval in the U.S. or Canada.

It’s a strange addendum to a saga that involves cross-border smuggling, perjury and a revolving door of celebrity athletes, many of whom continue to receive treatment from Galea despite an ongoing federal investigation. He has been charged with the “intent to distribute human growth hormone” and is suspected to have injected no less than eight professional athletes with the banned steroid.

And Bruce Pearl, the embattled University of Tennessee men’s basketball coach, will get to keep his job for another day. Despite lying to NCAA officials while they investigated recruiting violations at the school, Tennessee cannot tear up Pearl’s contract, which runs through the 2014-2015 season, until the NCAA determines the severity of the infractions on its own.

Pearl, the president of the Jewish Coaches Association, led the Volunteers to the Elite Eight in the 2010 March Madness tournament.

Tennessee has doled out its own penalties on the highly respected Pearl, who coached the U.S. men’s basketball team during the 2009 Maccabiah Games. Pearl will lose $1.5 million in salary over the next five years and is banned from “recruiting on the road” for one year, effective today, according to an ESPN article.

Pearl stands accused of hosting recruits at his home, a violation under NCAA rules. But his contract stipulates there must be a finding by the NCAA and said that the finding must be “significant.” Considering Pearl has already come forward, it would be hard to accuse him of perpetuating fraud. The semantics of his contract and the NCAA’s convoluted rulebook may ultimately save his job.

“We are supportive of him,” Jed Margolis, executive director of Maccabi USA, told JTA. “People make mistakes, and he has owned up and taken responsibility for them, and I feel very comfortable.”