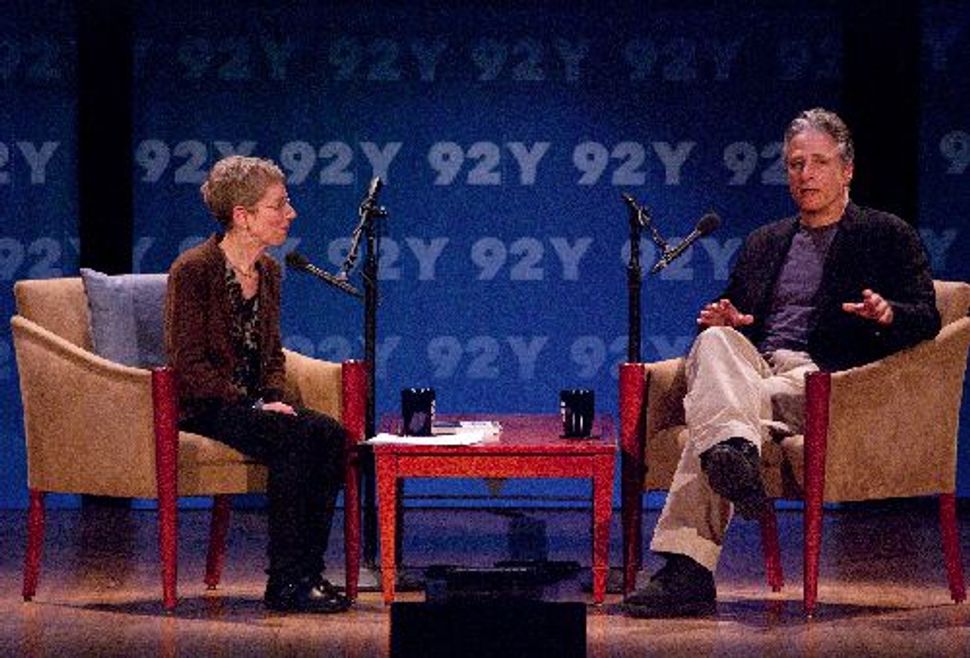 Here are some of the shout-outs he made to the tribe:

So maybe Stewart isn’t quite as Jewish as the 92Y diehards might hope (or maybe nobody really cares), but he pulled at least one move as Jewish as fasting on Yom Kippur: As the time drew to a close, and Gross warned that the interview could go on all night, Stewart cut her off — with a rousing rendition of “Sunrise, Sunset.”