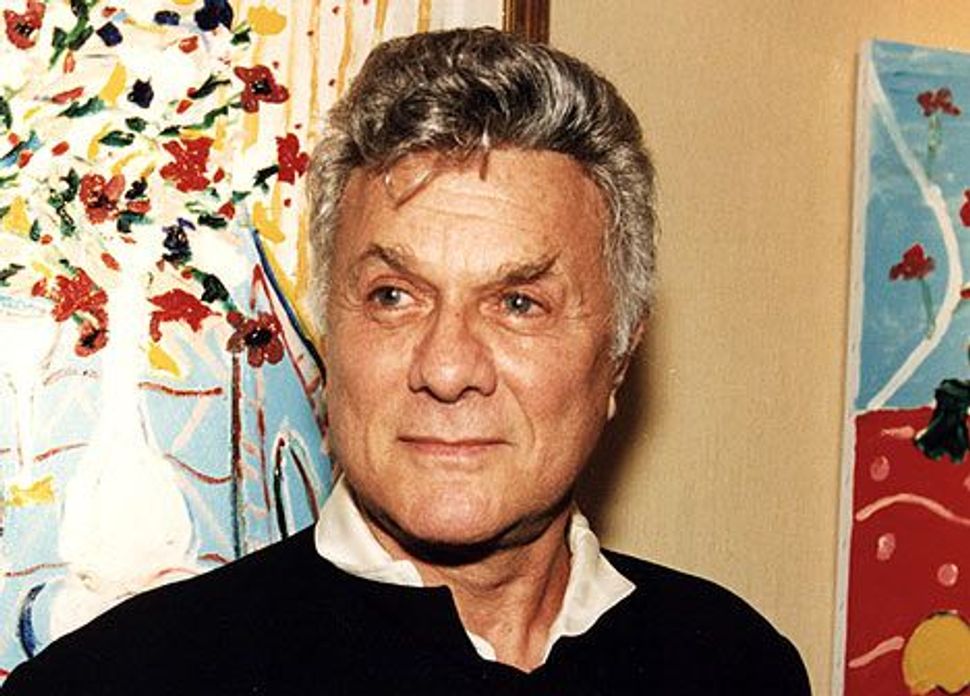 Bernie Schwartz from the Bronx is gone. He was 85. The son of Hungarian Jews — better known as Tony Curtis — died of cardiac arrest at his Las Vegas-area home, the AP reported today. The star earned an Oscar nomination for “The Defiant Ones” (1958) and won over audiences with his charming and handsome good looks — and his roles in “Some Like It Hot” (1959), “The Sweet Smell of Success” ( 1957) and “The Great Race” (1965).

Curtis’ immigrant father, Manny Schwartz, had “yearned to be an actor,” the AP reported, but his heavy accent prevented him from finding work. Instead, he settled for tailoring jobs, moving the family wherever employment took him. Young Bernie was often picked on and beaten up as a boy, but instead of throwing punches back, he started acting on the sidewalk, according to the same AP article, and these performances eventually led to acting gigs at a settlement house. After Navy service and acting classes, Hollywood beckoned, followed by a contract with what was then Universal-International.

Curtis’ first starring role was in “The Prince Who Was a Thief” in 1951, and according to the UK Daily Mail’s obit, “critics were appalled as Curtis, playing an Arabian prince, proclaimed in a thick New York accent, ‘Yonduh lies de castle of de caliph, my fadder!’”

Still, audiences embraced Curtis (and his rugged, sexy appeal), making him a homegrown movie star. Yet Curtis struggled with drug and alcohol abuse as his fame faded in the 1960s, and then bounced back in film and television as a character actor. He reinvented himself as a successful painter, filmed an exercise video for adults and ran a horse refuge, according to the UK Daily Mail. .Curtis was married six times, the first to actress Janet Leigh. Their daughter is actress Jamie Lee Curtis.

“I’m not ready to settle down like an elderly Jewish gentleman, sitting on a bench and leaning on a cane,” the Daily Mail reported Curtis saying at the age of 60. “I’ve got a helluva lot of living to do.”