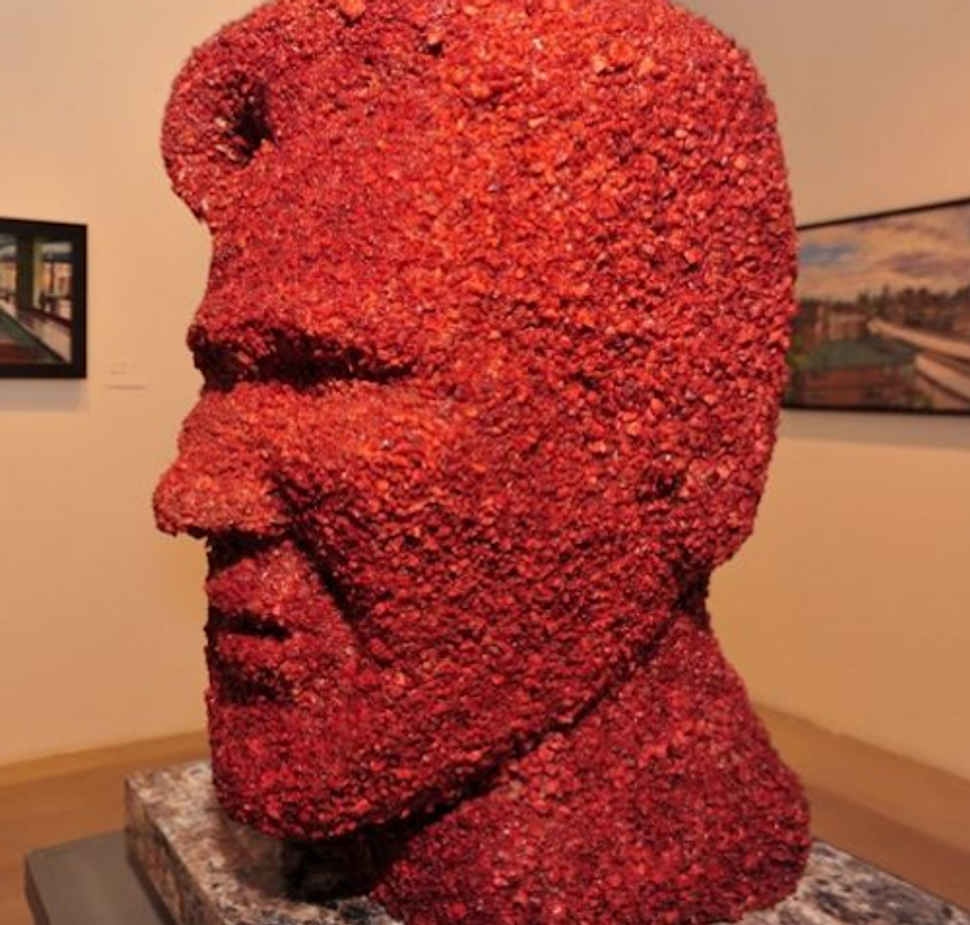 Are you a fan of bacon in all its forms? How about a statue of Kevin Bacon — made out of kosher bacon?

According to Gizmodo, the owners of a Seattle-based company that makes bacon-flavored condiments (which are, weirdly, both vegetarian and kosher-certified), commissioned an artist to fashion a statue of the actor out of their products.

It’s now up for auction on Ebay. At press time bids were up to $348 (plus $58.56 for shipping), with proceeds to go to a charity that benefits children with cancer.

There’s no doubt that the unusual artwork looks less like Kevin Bacon and more like a porky love child of Jay Leno and Conan O’Brien.

But if you’re a big Kevin Bacon fan (he is nominally Catholic and his wife, actress Kyra Sedgwick is Jewish and has said that her family participates in Passover seders) you may want to bid on the big bacon bust.

If you’re worried about it being kosher enough, rest assured that the bacon Kevin Bacon is certified kosher.

According to the website of the company that makes the bacon bits out of which it was mostly fashioned, “Yes, there are rabbis out there with enough chutzpah to certify our products as kosher.”

Perhaps one of the company’s kosher certification agencies – Kof-K and the OU – will win the bacon Kevin Bacon and display it in their lobby.