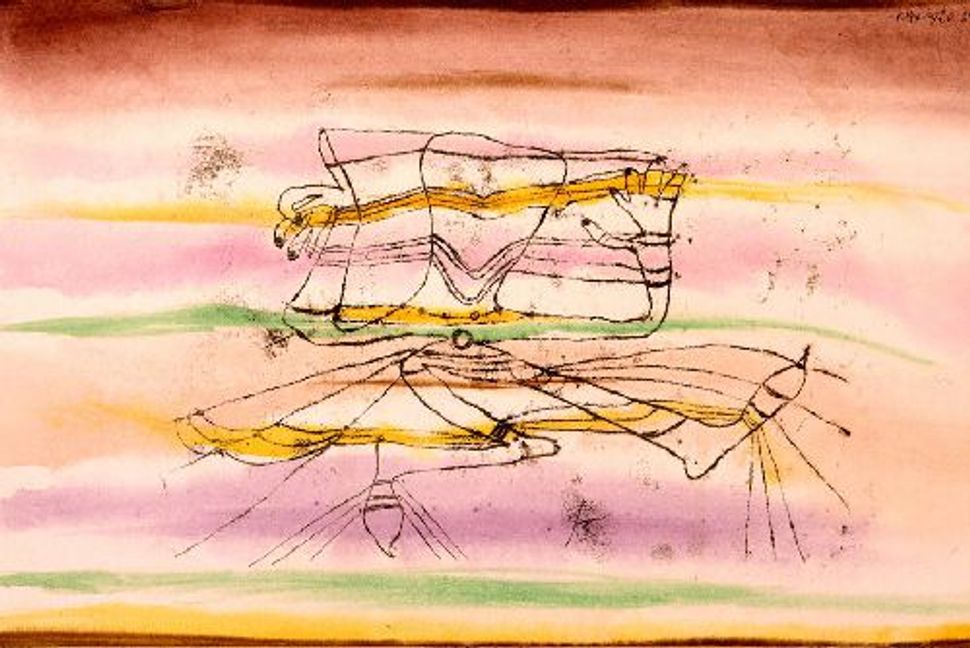 A drawing by Swiss artist Paul Klee, who was villfied by the Nazis, who also stole his work from Jewish collectors, has finally been returned to its rightful owner by the Israel Museum.

According to this AP story, the drawing, entitled “Veil Dance,” had been owned by German Jewish telephone maker Harry Fuld, Jr.

left his art collection with a shipping company, expecting it would follow him to his new home in England, but the collection never left. In 1941, under a law seizing the property of Jewish citizens who had left Germany, it fell into Nazi hands.

After the war, a Jewish organization that seeks out Jewish-owned art seized by the Nazis found the painting and — unaware who it belonged to — handed it in 1950 with about 1,200 other works to Israel’s national museum for safekeeping.

And there it remained for 60 years — often displayed in exhibitions — until earlier this month.

Once the drawing’s provenance was established, and the identity of its owner and heirs established, the Israel Museum “agreed to give it up.”

The drawing has now been transferred to the British branch of Magen David Adom, Israel’s emergency services organization, to which Fuld’s heir, his housekeeper, left his estate.

Though Klee was not Jewish, he was rumored to be, as the label, along with “Bolshevistic,” was used as an epithet by the Nazis.