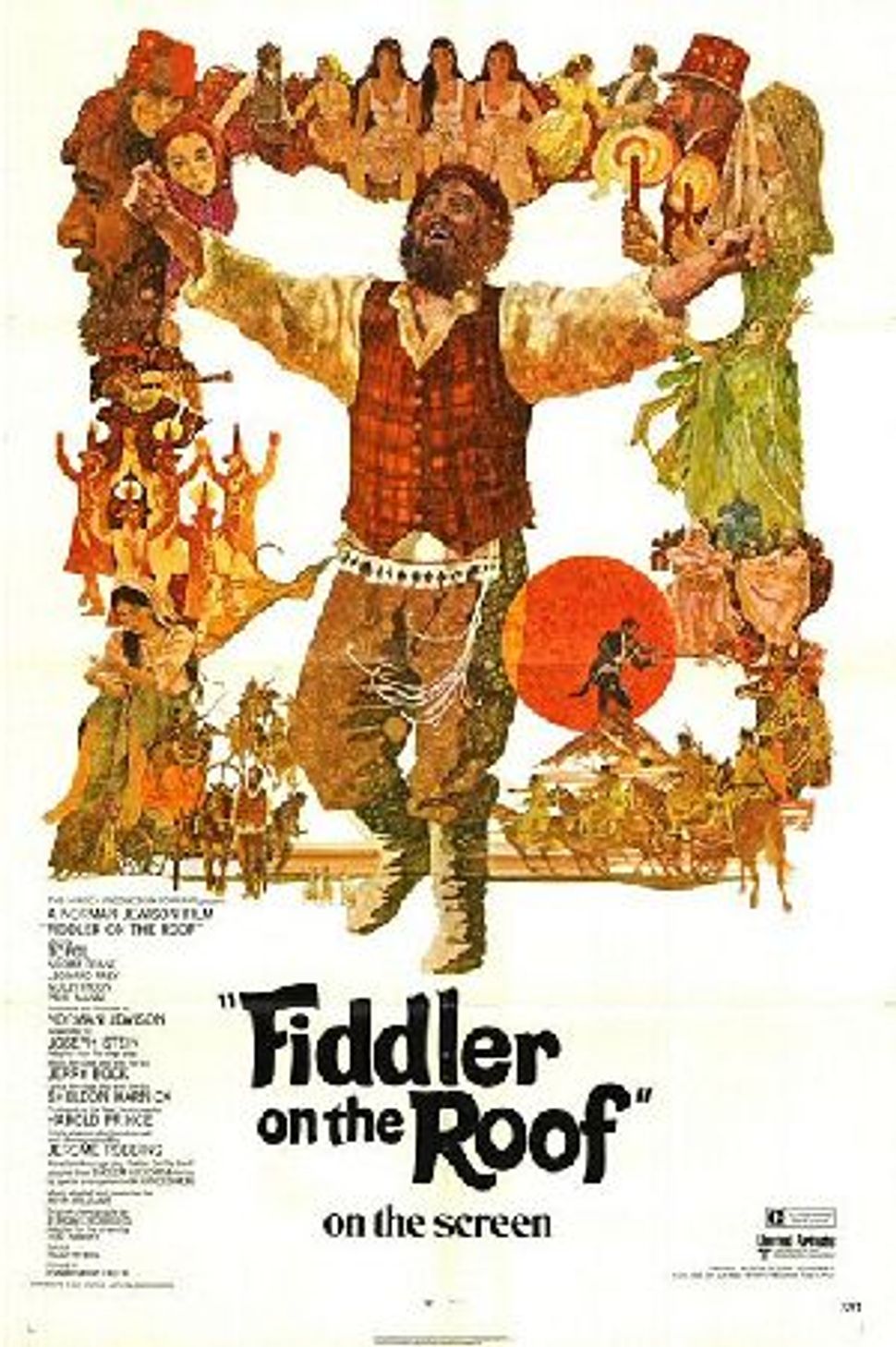 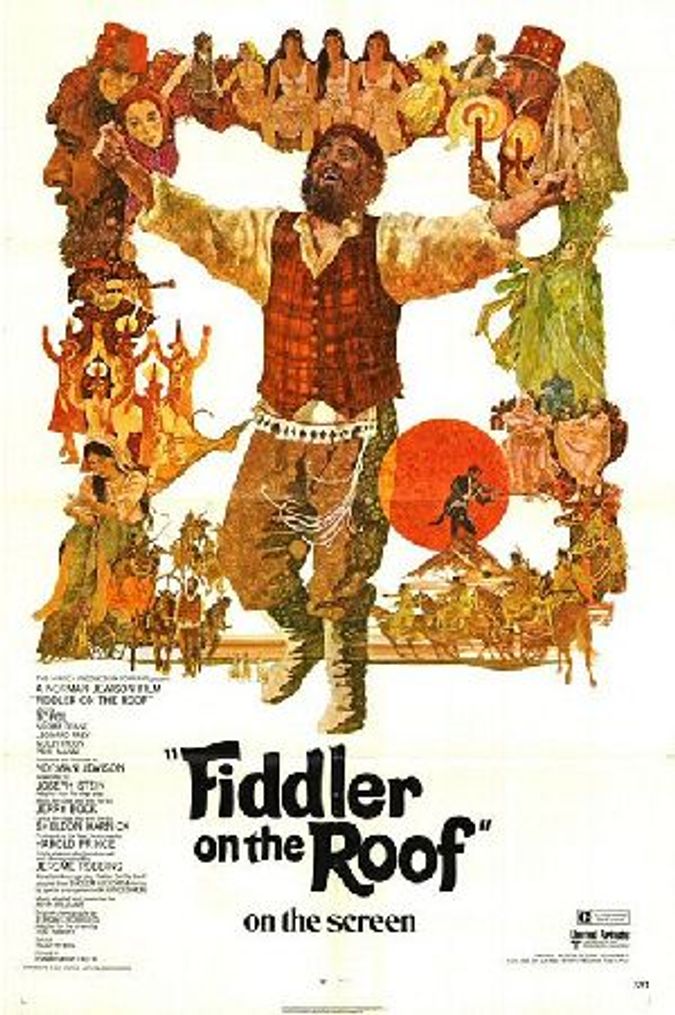 I don’t mean that the kids fell apart. They sang and acted their hearts out. But the body mics used on the four leads were making popping machine gun sounds every 20 seconds. When we cut the body mics, the band drowned out the singers. Sure I had yelled at the sound guy earlier in the week and made him promise me that he would have the mics working by the performance. But my sound guy was a 15-year-old camper with his own problems.

Beyond just the sound, our audience was quite affected, not so much by the story’s poignancy, but by the oppressive heat. We had had to tape trash bags over the windows to keep out the light for the first performance (we did two performances that night, each for half of the camp), turning the hall into a sweat lodge. I had staged the show in the round to show we were all one community, actors and audience. It also meant that I could see the faces of the audience encircling our show, each one dripping with sweat. If you take away the war zone sound effects and the swampy heat, all you really needed was to get over the noise made by restless young campers packed in too tight. But what was I expecting? This was theater at summer camp. Did I really think I was going to resurrect this great American art form and pay tribute to this Bock-Harnick and Stein classic out here in the Poconos, with pre-teens?

And yet, there was greatness. I watched Tevye bounce and bop his way through “If I Were a Rich Man,” thrusting that broom out and down better than I ever had, with the audience clapping along with him. I heard him barrel through to the finish, despite the fusillade from the sound system. I watched 8-year-old Chava forget her line during “Matchmaker,” almost cry, and then relax when her stage-sister, Hodel, finished it for her. I watched Motel finish his stage round-off to thunderous applause. I saw Tevye step into his God-light, after his third daughter goes too far, marrying a non-Jew, and wonder, “How can I turn my back on my faith, my people?… On the other hand…” His hand shot up towards the light. “No! There is no other hand!”

Tradition! And as I stepped back, I noticed the most amazing thing. Tevye, my little 11-year-old fidgeter, was running the show. He was pausing to allow time for his daughters to set up; he was guiding a confused Lazar Wolf to where she needed to be. And he was guiding the audience, that sweaty and shell-shocked but STILL engaged audience, to where they should be looking.

If it had just been this — my leads stepping up to rise above even the most infuriating technical elements, I would have said, dayainu, it was enough. But the night had one more surprise.

Jennifer Goldstein, that little dear from the plains of Long Island, who neglected to learn her lines, never got enough snack, always had to pee, and could single-handedly destroy a rare moment of focus we had amongst the other 13 cast members, was standing on stage. After all the banished members of Anatevka have packed up their belongings and marched off to the last strands of the processional, only the Fiddler remains. There she must play her cardboard fiddle, matched with the music from our CD, before being led off by Tevye. Since we didn’t have a violin or violinist, we used the provided CD for a couple of the numbers, such as this processional. But Jennifer had come out too early. The processional music was still playing and she needed to stand there, in the center of the stage, with no set pieces to hide behind, for a number of beats before her theme would come.

A hundred times I had watched Jennifer do this, or a similar mistimed movement. I fully expected her to slouch, chew gum (which I think she managed to smuggle even for the performances) and fidget while waiting to raise the fiddle. This time, though, she didn’t. She stood there calmly. Tall. Her jaw was still. Where was the gum? Her stance was even, not shifted to one foot. She was taller than I’d ever seen her. She let the music fill the hall and we all stared at her. How could we not? She owned the stage. Then, when it was time, she lifted the fiddle, tilted her neck into it, raised the bow, and played the famous last strands of Fiddler on the Roof. Tevye came out wearily to lead her offstage. The final three repeated chords of the orchestra played as their silhouettes exited. Then the orchestra, the play, and the old Jewish life in Russia, were done.

After the shows, the kids became kids again, dumped their costumes, and ran off to play and celebrate. The counselors took their campers back to the bunks, along with the victorious cast members. Drama Dan stayed to clear out the performance hall. It was all I could do not to smash in the soundboard.

I had gathered up all the props and costumes, putting the ones we’d keep in boxes, the rest into trash bags, when I came to the tower that served as Anatevka’s rooftop. On it rested the only remaining prop, the cardboard fiddle, where Jennifer had left it. I tried not to feel too symbolic when I placed it lovingly into the trash bag. The show was over. Drama Dan had done what he came to do. Was it an honor for the camp? A good show that would’ve been better had it been heard? A hot, inaudible show redeemed by some incredible performances? Was it a success? A failure? It was theater, so it was all this combined.

Will I go back next year? I’m asking myself this same question. Maybe we could do Les Misérables….with full barricades. Enter orchestra…!