Jewish CEO Named No. 2 Most Powerful Woman in the World 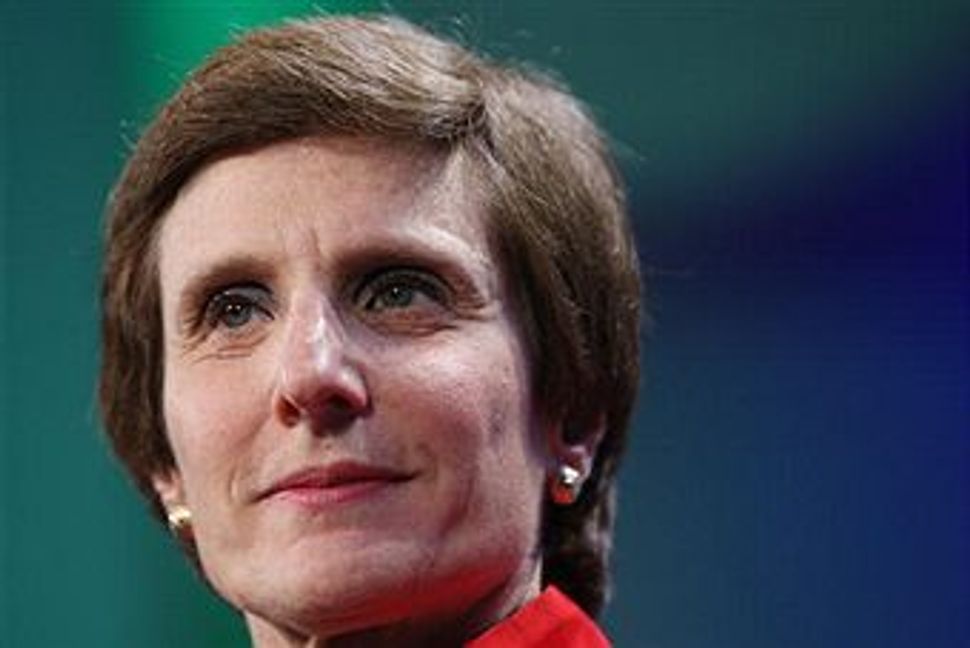 Irene Rosenfeld, CEO and Chairman of Kraft Foods Inc., was named by Forbes magazine the second most powerful woman in the world for 2010, one place after First Lady of the United States Michelle Obama and one place ahead of media mogul Oprah Winfrey.

Rosenfeld, 57, was born to a Jewish family in Brooklyn, New York, and spent her later childhood in Long Island. Her father’s parents immigrated to the United States from Romania, while her mother’s parents were German Jews.

Rosenfeld, who now lives in Illinois, has been in the food industry for over 25-years, and has served as the CEO and Chairman of the Kraft Foods since 2006. The company markets popular products such as Philadelphia Cream Cheese, Kraft Singles, Oreos and Mac & Cheese.

Jewish CEO Named No. 2 Most Powerful Woman in the World