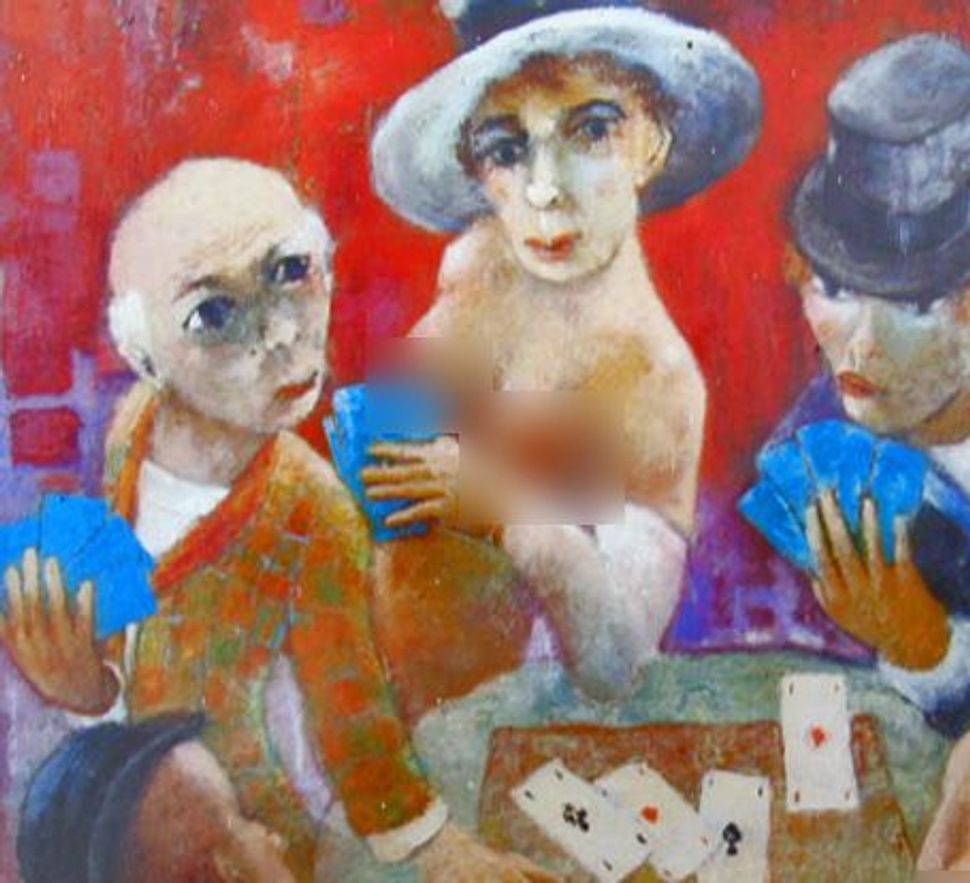 “For years I’d been begging my father: Give me some paintings, give me some paintings,” Ms. Faifer told the Forward. Her father — a French Jew who survived World War II by hiding in a monastery — promised she’d inherit his work when he died. “He never thought his paintings were good enough,” she added. “It was like a child for him, painting, and he wanted to be sure the people would love [his work] and it would have a good home.”

In 1931, when Faifer was just eight years old, two seminal events occurred: He won first prize in a department store drawing contest, and met his future wife. He learned to sculpt while hiding in a French monastery during the war, and later put his artistic skills to use when he joined the French Resistance and forged fake identification papers for Jews. Although he continued to paint after the war, returning to Paris and opening a store in Les Puces, Paris’s flea market, it wasn’t until after his wife died in 1992 that he really indulged his artistic talent.

“My father was a recluse in the last 10 years of his life,” Ms. Faifer said. “He was painting. That’s all he was doing.” She remembers him as a bon vivant — a voracious reader, a jokester, a inspirational thinker and storyteller. “He loved women and I think he was very respectful of women,” she said. “I guess he just loved sex but…my mother was the love of his life, and that was it, period.”

At WEAM, there’s something for everyone: A biblical and antiquities collections, the classical corridor, and a fetish- and masturbation-themed room, not to mention treasures from the pin-up, gay, lesbian and domination genres. Now Faifer’s nudes are part of that list. (Next year, a collection of his circus scenes will appear at WEAM.) And so, in his death, Faifer has found an audience for his work — and a contented daughter. “It was very soothing to get those paintings,” she said. “I’m at peace, because I enter his world.”